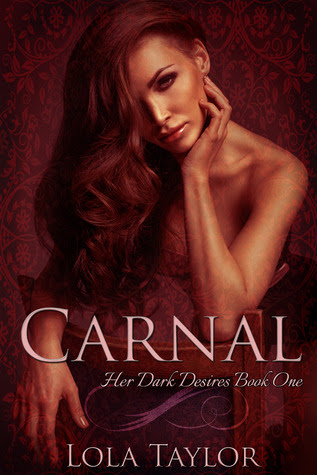 Sally the succubus sucks at her job, no pun intended. Being a former secretary with no love life to speak of doesn’t exactly give her much experience in the “Hot Seductress” department. So when her Master says she’s not meeting her monthly soul-corrupting quota, he does what any loving boss would do – he sends her to Elysian, a reform school for the “wicked at heart.” Determined to prove she’s not terrible at her job, Sally sets out to become the best succubus she can be. And with her long-time crush Hector, the Underworld’s most infamous incubus, as her teacher, Sally’s even more anxious to prove her mettle.

Too bad no one told her that people have been mysteriously disappearing from Elysian, only to show up as mutilated corpses a few days later. Then she might not have been so eager to go, man candy or not.

When the killer targets Sally, it’s up to Hector and her to put a stop to the evil force once and for all. But doing so may cost them their hearts – and their souls.

Fast, fun, and flirty, Carnal is a steamy paranormal romance that’s sure to leave you aching for more.

1.      How long have you been writing?
Oh, off and on ever since I was a little girl. Though my stories were definitely a lot more innocent. Lol

2.      Where do you get your inspiration?
From anything. My best ideas tend to come at me out of the blue. I do set aside time to brainstorm. That way, when I’m done with one story, I can start on another.

3.      Tell us about the types of stories you write.
I like mysteries, so I usually have some kind of mystery/suspense element. I’m very focused on the romance, whether it’s between a vamp and his woman or two weres trying to woo their mate. And the door is always open on my sex scenes.

4.      When do you like to read?
Whenever I can! Usually during my breaks or at night, before I go to bed. It helps take my mind off things.

5.      What’s your favorite paranormal creature?
Probably vampires. I’ve always had a soft spot before them, even before the whole Twilight thing. I’m a big fan of Anne Rice’s version, and Bram Stoker’s Dracula.

6.      What time of day do you like to write?
Morning, if I can. That’s when my mind is freshest. During the work week, I usually write of an evening, to relax.


Write every day, and never give it. Always remember why you started writing in the first place.

He twisted my arm behind me, yanking me against his chest. Pain shot to my shoulder at the odd angle. “You’re hurting me,” I snapped. “Let go!”
“Just relax,” he breathed, kissing my neck. “You’ll forget all about the pain in a minute.” He started making toward the back exit, the one that led to the alley.
“What are you doing?” I said, fighting to break free. I couldn’t struggle much, otherwise I’d risk breaking my arm.
“Getting my money’s worth,” he growled.
I knew exactly how he planned on doing that, and no way in hell was I letting it happen.
Improvising, I brought my stiletto down hard on Davey’s foot. He howled, loosening his grip enough for me to squirm away and follow-up with a kick to his groin. Davey immediately cupped his balls and doubled over, yowling. His buddies laughed behind him as he straightened, giving me a death glare. “You’ll pay for that.”
He started forward.
I backed away, keeping my eyes on him. Great, now I’d really ticked him off.
Looking for something to bust over his head, I yelped when Davey suddenly cried out and let go of me. Tripping over someone’s foot, I nearly fell when my hands splayed against a smooth, bare chest as two arms wrapped around me. “It’s all right,” a deep voice rumbled through me. “I’ve got you. You’re safe.”
I looked up and gasped.
Oh. My. Word.
Two eyes the color of chocolate stared into mine as Hector gazed back at me. His lips parted as his eyes dropped to my mouth, and I swore his heart sped up.
I know mine sure did, right before the most perfect calm settled over me. I’d never felt so safe in my life, like this moment was created just for us. The feeling from earlier, that I somehow belonged with him, intensified, its heat wrapping around me and making me feel safe.
Why do I feel this way with him? I feel as if I know him, but that’s impossible.


Lola Taylor is a pen name for my, erm, “steamier” novels. I like books that make me laugh, gasp, and swoon, which is what I try to shoot for in my stories. I’m a sucker for fantasy books, particularly those involving vampires and the supernatural – especially while said vampire is sweeping a gal off her feet. I like horror movies, playing around in Photoshop, and wearing the battery down on my ereader. I have two rescued kitties, and a husband who hates to read but gives me his unconditional support, all the same. During the day, I work in a cubicle for customer service and hash out new story ideas in my many notebooks. At night, I work on my stories until I faceplant on my keyboard. Then I wake up and do it again the next day. I love it. =) (The writing part, not so much the “faceplanting-on-the-keyboard” part.) I love Game of Thrones, reading manga, and have a slight Pinterest addiction.