Book Blitz: Chains of Frost by T. A. Grey

Chains of Frost(The Bellum Sisters #1) by T. A. Grey

When a will from her dead father decrees Chloe into the protection of the renowned vampire commander, Tyrian en Kulev, she does what any woman would do—and casts a spell. Things get worse for Chloe when the spell she and her sisters perform summons an ancient demon from deep within the earth. Now she's being hunted by a demon set on killing her and must live at the aptly named Castle Death with the king of cold, Tyrian. Surprisingly, Chloe finds that she doesn’t mind her new Protector so much. His cold, impassionate nature needs a firm push to show his true colors, and Chloe thinks she’s just the one to do it.


Tyrian en Kulev always pays his debts. When Francis Bellum dies and orders Tyrian to act as his eldest daughter’s Protector, Tyrian resigns himself to the position. What should have been a simple deal--keep her in the castle, protect her--has turned difficult. Chloe comes to him with a demon trying to kill her and a sexy attitude that keeps invading his thoughts everywhere he goes. The little succubus easily grabs hold of the heart he’d kept locked away for so long and makes him feel once again. But can they defeat the demon that haunts her and can Tyrian overcome his past and move on to a new future with Chloe?

“This situation is one that neither of us seems to want.” For some reason, the fact that he didn’t want her miffed her. Just a little.


“Then let me go.” He didn’t shake his head, but she sensed the refusal in him.
“Impossible. I am sealed by a debt of honor to your father. I will uphold it, no matter how complicated this matter is. The rules I mentioned before still stand and will never change.”


He had a mouth that if wasn’t pulled into that tight line might be kissable, even lickable. Dang, Chloe. What’s wrong with you? Checking out the captor? She was crazy.


“Honestly, who upholds any of that old school stuff anyway? No one. My Papa didn’t even pay into the whole patriarchal thing. Seriously, we were raised to be independent and taught not to rely on a man. That fact that he’s…he’s given me to you is ridiculous and completely wrong for him. Just let me go and we’ll call it even. Your debt paid.”


“I can’t do that, Ms. Bellum. I will not dishonor your father and the vow I made to repay my debt to him. You will stay here, under my protection.”


She scoffed. “And where is here?” His voice was like cold ice running over her. It pebbled her nipples and brought goose bumps over her skin but not in a pleasurable way.


“You are at my castle in Norway. We are near the Jorgmund, the biggest hole in the rift, where we get the most lapses. Many of the Atal Warriors are stationed below the castle.”


Chloe squeezed her eyes shut. Think! Okay, what would her sisters do? Willow was probably already near China. No one could ever stop her, and Lily would probably try to perform some voodoo to get free.


She took a deep breath, which did the opposite of calming her, because she accidentally drew in his scent. She gasped and felt a flash of pleasure surge through her. He smelled as a man should, like something she could lick and bite and sink her teeth into over and again.


Oh God, what am I doing thinking thoughts like that! She was losing her mind. First, her Papa died leaving her to this nonsense, and now she was stuck with the most notorious man in the world. She would escape. She could do that. He didn’t seem intent upon hurting her and she might even be able to use the fact that he was indebted to her Papa to gain some leverage, if necessary.


Escape. Her mind whirled with possibilities. Like how the heck did she get out of Norway and to an airport? She didn’t even have any money on her.


“We need to discuss what will occur at the next new moon.” The thought she’d been having came to an abrupt stop in her head. Her eyes slammed open and her back dug into the door to try to get away from him.


“You can’t…we can’t,” she said, shaking her head to clear it. “No way,” she said finally. The commander turned around and marched away. She took a deep breath; it was as if he sucked up all the air in the room with his presence. Now she could breathe, but it didn’t smell as delicious as it did when he was near.


She tightened her grip on the towel to keep it from sliding down and embarrassing the hell out of her while she slowly, quietly slipped her free hand behind her. Her heart was beating so hard and fast, she prayed he couldn’t hear it. Could vampires hear such things? She reached, searching for the door handle.


“Something must be done. I am sure you are aware of the changes that you will go through at the new moon.”


Chloe glared at him. He knew just the right things to say to piss her off. “I am a succubus; of course I know. Better than you, I’m sure,” she said without hiding the sarcasm in her voice. “And I am not doing that with you,” she added for good measure.


He brought those eyes back to her, seemingly assessing everything about her. From the red nail polish on her toes to the not-perfectly-thin figure she sported. She clutched the towel tighter around her and did what she knew Willow would do. She glared at him with a look that clearly said fuck you.


“That is more than acceptable to me. I am sure you can find any number of willing males around the castle for your time of need. I’d recommend one of my closest guards because I sincerely trust them. If they do not meet your standards, perhaps one of the other Atal Warriors that reside below the castle. Please feel free to ask any of them. I shall not announce it to them in order to spare your privacy.”


Chloe thought his proclamation might be sweet if he didn’t say it with a tone that bordered on arctic. Though she couldn’t help but think that he was acting as her pimp with the suggestion. Bastard. Handsome bastard with a nasty scar that kept drawing her gaze. What was the story behind it? Every scar had a story, no matter how simple. Never mind, it didn’t matter. She was getting the hell out of here. 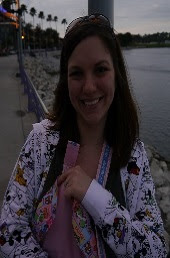 I love to write the kind of stories that will keep you up late at night and make your heart pound. It's my goal to make each new book better, more exciting, and more action-packed to keep thrilling you. I'm always trying to push the boundaries with my imagination, and yours, to create something new and different.

Visit my website to learn more about my books at www.tagrey.com