A little about the series 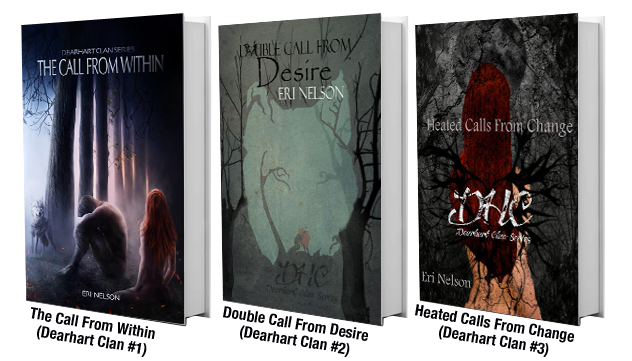 
Eri Nelson writes in a darker world where heat and need are the forefront for a slipping existence.  There is not time for all the tenderness love deserves but if you’re imprinted to another you are far beyond those mortal requirements.


Our author is driven by swift action packed intrigues that often leave you wanting more.  As she writes each new book into the series the number of pages might increase but the action never lets you feel the increasing distance to the final page. 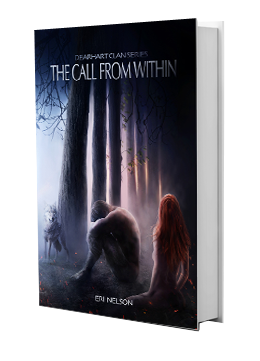 The Call From Within is Eri Nelson’s first look into this series.  It is here that we meet Owen our Pack’s clan leader.  He has been driven by what is expected of an alpha.  Facts that were told through the decades all but look like fiction to him now.  So he never dared to believe in fate and only let duty push him forth.  Although now his resolves make no sense and it took little to no time at all in showing him through the lust he feels for another.


Kristen Still bares the imprinted mark to our handsome alpha.  However he wasn’t the first to notice what she was and it’s that bedding of prior passions that control her new weakness.  Yes, Owen is pushed by jealousy to possess what his four footed insight tells him is his.


A former distraction wanted more than heated moments with Kristen.  In her he saw a stronger life force for his young and if Brinston Drake must he would take what he needs from her.  He just did not foresee another finding her as well.


While the rest of Eri Nelson’s cast of characters find their selves caught up in furthering personal existences. Another by the name of Wash seeks to use their distractions as his gain.  A rogue sent to track and update, Wash is tested by his hatred and desire for revenge.  He’ll have it but not as quickly as he would like.  But soon enough Owen will slip farther into his madness over a bitch in heat.  Then Wash perhaps can use the heated vixen to distract both her and the alpha into their future demise.

Once again, you will encounter Owen Dearhart and his mate Kristen who for a second time find themselves facing obstacles that not only intervene but take away what Owen now finds worth more than the pack itself.


As per request Thomas Dearhart is sent by Owen to track down what they think is a rogue Werewolf. All the while unbeknownst to him, one of their own is taken from the pack. However with knowledge not known a mission at hand takes Thomas finding himself discovering more than what they assumed was a wolf gone astray. It will be this newly discovered venture that will put heat in his loins and a refusal to fully except what is in front of him.


With what seems like destiny fulfilling before him, Wash withers in revenge’s control and takes it upon himself to go further in the mouth of evil for support. So with vengeance as his goal Wash goes back to Opts where Yvone fully intends to arbitrate his ruthless control over not only the situation but Wash as well.


As a cast of characters emerge fighting not only their inner turmoil but those wishing to take them down it should be of no surprise that a few extra faces are now tossed into this dark and desperate world of the unknowns, where the urges of the beast weigh even heavier on their still looming demise. 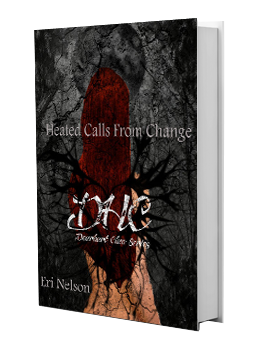 Owen and Kristen wage the war of captivities' control and fight all obstacles to find their ways back to each other. However, neither will ever be the same and brink on the lines of death to see each other once again.


Julia caught in loss will form a bond with an unexpected new life now swaddled around her. While Thomas resolves his needs and wants, to having it all with his mate.


From Forest's winter attire, comes a new face that hides well and kills even better. But she will not hide as her destiny arrives on the back of a wolf named Bry. For she and he were destined to carry the upcoming change of the werewolves world.


As revenge smolders still in the mind of Wash, he will be faced with the battle of his life and more importantly the man who will soon control all the werewolves’ fates.


It’s great to be here. And may I say, thank you for having me.


Now, to start, what inspired you to write the "Dearhart Clan" series? Why write about shifters?


To be honest, I had just finished writing “Destiny Repeats Twice” on the sheer whim to actually see if I could write more than a page or two. This actually turned out to be a 40,000-word novel. Therefore, with completing something I had never done thus far, I tossed it on a shelf figuring my journey was done. Although my husband kept persisting, I do more with it. Well with an unsure journey at my hands, I just happen to run across a call out online for a 10,000-word paranormal story from several authors to appear under one cover.


This call out set a story in my head, so I sat down for a couple hours to find myself with a premise and a story line I wanted to follow. Therefore, a week or so later I followed up on the call out with a 10,000-word story. Course with my submission I was soon asked if I could write just a tad more. As I said, I had a premise so I went back and added Wash where I had planned to add him later in the series. Course with their request I was happy to change my plans a tad (she giggles).


Even with the adjustments my story was eventually turned down with the definition that my work was to unorthodox. (She winks and laughs..) And as you may know from my profile that word stuck to how I introduce myself to readers.


Although I was rejected that did not stop the story or a way in which to introduce it. Therefore my twist on short fast paced reads that gain in length with each new look into the series. Of course, this will change as the series changes into INK and the books all will stay novellas.


As for why the shifters?… I like dark premises where fairy tales are not always the case. So for me there is nothing more pulled between two evils than a man struggling through wolf. The appeal is in the struggle alone.


Hmm, good question. I guess I would say… It’s a wolfly tale unlike the more romantic placed accounts that circle many readers today. However, if your daring enough or just plain curious you may enjoy an action pack ride that trails on heated needs and hidden agendas that slowly emerge.


In laymen’s terms it comes with an Eri Nelson twist… (she giggles).


Describe Kristen and Owen in 3 words each.


Through the series? Well that would be many (she smirks). However, if you are talking about the first look into the series, The Call From Within, that I can break down.


I would have to say without a doubt the run from the Shapeshifters in Owen’s beat up old truck was the most fun.


The why? Well I think it was within the small details. One particular Shapeshifter’s looks as a rhino was very intriguing. Therefore, I went with it hoping that readers may like the vision I was hoping to create within their minds.


Why do you write paranormal romance?


I am not much of a romance writer as I hope the series will prove. Although, I do like the romantic aspects. Or should I say the dire moments that push our unacknowledged needs more directly in our notice.


I have been married for over twenty years now and as a booklover that has pushed my limits on what I could take in as a reader. Oh, not because my relation is unconventional or less than inspiring on romance. It just comes with a better-warned realization. Therefore, for me to write a heated scene just within one book seemed absurd based on any normal standards of life. Hence my own particular drive to write along a paranormal curve.


This curve has allowed my imagination to go wild and create a world of my own making. Where the limits of humanity’s logic do not count and claiming ones mate is not only heated but the basis of their survival.


Do you listen to music while you write?


(She smirks) Ok don’t laugh at me… But I love to listen to Christmas music while I write. And although by what I write this might seem twisted (she laughs), truly it is very soothing for me.


I just find that I am caught up in the peaceful music that it moves me some way. (Bows her head cause she knows that it is a laughable answer… but sadly the truth.. giggles)


I have always wanted to write. At one time, I used to send out over 300 Christmas cards with a story of mine. The list grew just on the stories alone, which stirred my fire to write even more.


Does your family read your books?


I wish I could say all of them have read all of my work. Although those closest to me have read every book and story I have written. As for those who have read maybe a few words, well that is still a great accomplishment for myself. To at least stir their curiosity enough to venture down roads, let alone genres, they really don’t go says a great deal.


Since my start as an author, I have been lucky enough to meet many great talented authors and be introduced to many fabulous reads. Therefore, every author with a book is a favorite.. simply for allowing me the opportunity to travel to other worlds on their words.


Currently I am writing, “Time To Call Wolf”, the fourth book under the DHC (Dearhart Clan Series). This next will come under the cover of “Calls Of The Untamed”, which will have all four books in one as well as introducing INK. Ink, is the newest leg of the DHC Series and will bring about many new aspects.


Coffee in the morning and tea at night (after the wine.. she giggles).


Do you prefer the sea side or the mountains?


I have been to both and love both equally. However, I am favorable toward rolling hills with tons of trees.


Most definitely both… Bring on the salted cover honey roasted peanuts.


I love eBooks for the price. Nevertheless, if I can get into the book I will look for the paperback book. For there is nothing better than an actual flipping through the pages. (Does this date me or what…she giggles.)


Again I have to say both… if there is lots of action you can count me in.


Thank you Eri for stopping by. Hope to see you again around here :)