Quote-Tastic(14): "Tis the Season to Be Sinful" by Adrienne Basso

This time I chose an excerpt from a Christmas book since it's fast approaching. It's a lovely book where a man finds the family he wasn't looking for or even wanted, it's a pleasure to read. I've posted exactly the part where he realizes that, "Tis the Season to Be Sinful" by  Adrienne Basso: 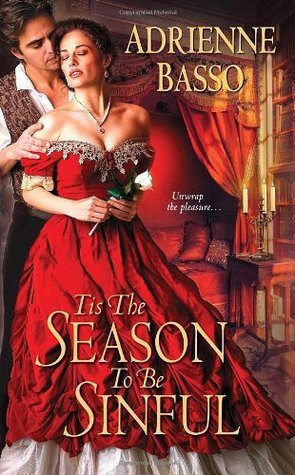 Richard realized suddenly how very wrong he had been to believe he could remain impervious to any parental emotions. Something had shifted inside him the instant the boys had been threatened. The coldness he had clung to so stubbornly had cracked and the emotions had seeped through.


Richard knew now he was deluding himself believing that keeping a part of himself detached from the children would lessen the pain of his past.


For the first time he saw things clearly. He loved Juliet, and her children were an extension of her. More than that—he cared for them each in their own way.


Edward, who struggled so fiercely to be a man; James, who was so open and mischievous and full of life; Lizzy, who was sweet and innocent and lovable.


These children were the future. His future. He realized that they, along with Juliet, represented the true promise of happiness. A happiness that was so clearly within his grasp.


And he intended to reach out with both hands, take hold of it, and keep that joy. Even if it meant going against every business instinct he possessed by relinquishing an important, lucrative partnership.