Today, Heather has been nice enough and visited with me. She's talking about rediscovering one's self :) Thank you Heather. 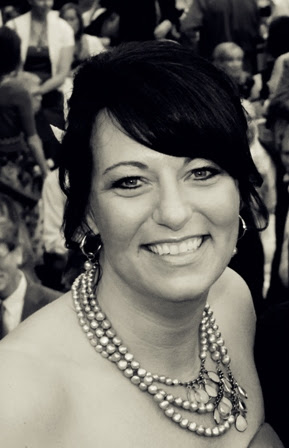 Those of you that read Aly’s initial review of Chosen(to read the review click here) and my exchanged comments with her know that I have a particular fondness for Aly and her style. She made my list of most favorite reviews which makes it even more awesome that she allowed me to take up some more space on her blog. Thank you, Aly. XO


2014 will be a milestone year for me – and I am not speaking in terms of my author life. In a few short weeks I will celebrate my 40th birthday and like so many others, I have no idea how I got here. The girl in my head insists she is twenty-something and my body might admit to being thirty - if pushed. But, while 2014 may bring a milestone, 2013 was positively MONUMENTAL and will most likely always eclipse the big 4-0 year of 2014.

The success of the Ancients of Light series has been an amazing blessing, but I consider 2013 monumental because it was the year I redefined myself - my goals, my life in general – I recycled me. Do you ever look back and wonder how you got here? And by here, I do not mean at a milestone age like I am facing, but here, at your current circumstance, the daily life you plod through. At 38, I was seriously beginning to wonder who I had become – because there was a lot I did not like about her and the course of my life.

My career defined me - even more than my children, my family, my relationship with God – my career was my identity. The next raise, the next promotion, the next accolade…ugh. When I was little, I wanted to be Wonder Woman…instead I had become something that was not remotely wonderful. Who was this Heather? Where was my sparkle? By 38, I had left all glitter and dreams in the past.


The worst part is that when we define ourselves by something that is not within our control, we are setting ourselves up to take a big tumble…one that will leave you a bloodied mess, hunched over in defeat at the bottom of the hill you so desperately scrambled up all your life. My shove off that precipice came in the form of losing my position…it was eliminated, outsourced, downsized. Whatever big word you want to use to make it sound less harsh – I was 38 and jobless for the first time ever in my career.

I will share a very personal experience here - I had been talking to God for months about my desperation to change where I was and what I had become. I had asked so many times for help to return to being the person I had once been…the one from my youth that was so much better than this Heather. My last talk with Him had been (no exaggeration) that very morning as I sat at my desk on the day I was handed my severance package. Afterwards, one of my colleagues commented on my lack of upset at the news and I remember explaining that I had asked for exactly what had happened…but that God sometimes answers prayers in ways we do not expect. I had anticipated a new position – not unemployment. Despite that I had asked for it, I can tell you that I was not really ready when He shoved me none too gently out the door I had been begging Him to open. Whoops!

I was insecure, demoralized, and scared…BUT there was a trail of glitter right outside the door I had been unceremoniously pushed through! In the two months leading up to that moment, I had begun writing Chosen. I had not fully realized (much less acknowledged) that in those times already when I had shed the career-persona-Heather and stepped into the Realm, my life had started to change. My relationships, my outlook, my perspective…everything.


With my husband’s support, I made the decision to follow that sparkle for a while, to step away from my career entirely. In those six months, I completed Chosen and the first draft of Forsaken, and I found a MOUNTAIN of glitter. It had my name on it. MY NAME – not career-persona-Heather, but the girl that had dreamed of being a superhero, the one that adored sparkle.

When I returned to working (two days after publishing Chosen – eerie timing, right?), the career-persona-Heather was not allowed to resurface. Today I still remain the Recycled-version of me.
My career no longer defines me and no longer dictates my happiness. Outside of work, I do not really care to talk about my job. I am committed to doing good work for my employer, but my personal satisfaction is not wrapped up in that. My relationships and the people comprising my world are the source of my joy - I am a wife, mother, an author, a believer in God and the girl that will always look for sparkle. My personal fulfillment comes from my writing and the amazing people that have become part of my world because of that.

If you want to know about climbing the corporate ladder – bah, boring stuff –however, if you want to talk about glitter, I am your girl…

2013 was monumental because as I found myself on this wonderful adventure that has allowed me to connect with all of you, I also reclaimed ME. As we turn towards 2014, I encourage you to find something in your life that recycles you and helps you find that inner-sparkle that you may have left behind at one time. I pray that you will find your own trail of glitter, leading to happiness and all the contentment that comes along with it. 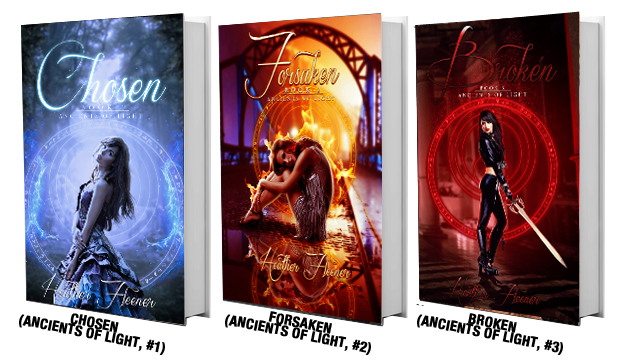 About the Ancients of Light series


Chosen is the first in the thirteen books of the Ancients of Light series and is only the beginning of a young Witch’s journey toward developing both the strength of character and magic that will be required to fulfill her prophesied role as leader of the Light faction.


Revelations of nuances in the Prophecy - facets that were never fully comprehended by the Ancients - will continue in successive stories. The culmination of its true meaning in the destiny of the supernatural world of the Realm will only be revealed when Kaitriana is adequately prepared to lead the Warriors now being called together to champion the Light’s purpose.


Familiar characters return for each storyline as the focus turns to a new key couple in every book - a pair that significantly factors into the purpose of Light – however, the story of the Chosen does not end with Book #1.  Kaitriana and Lorcan, their growth together as partners in leadership and in love as a couple, will thread through the series as Kaitriana assumes the role that was destined as hers since the beginning.


Fire is her Destiny… Ella long ago determined she would not live a life where magic defined her. Feeling no kinship with her Caste, she walked away from the Realm and its conflicts. She found acceptance and fulfillment in her life amongst the mortals and is on the brink of achieving her dreams.


Darkness is His Curse… Nicholas is the most revered warrior in the Darks’ army. His personal animosity towards the Light drives his existence and draws him to the one Witch he is set on controlling. Nicholas knows the reasons that Ella never found acceptance within the Fire Caste of Witch and he will use that knowledge to pursue his Dark agenda.


Darkness Claimed Her Soul The adversity of Kylie’s youth forged an indomitable spirit. A vibrant and strong woman determined to plot the course of her life with room for nothing beyond the next measure of success, Kylie believed in only herself, and most certainly neither destiny nor love. All those tenants were derailed with a single encounter, but the same man that tempted her to live again drew her into the middle of an aged war, the consequence being her own destruction, plummeting her into a hellish existence.


A Warrior Haunted by His Failure  Sayer’s mission was only to foil the latest plan of the Darks in the Outer Realm and return a few Vampire to Hell. Finding a perfect mortal that tempted him beyond all reason was unforeseen complication. Just when Sayer realizes that his eternity is meant for one alone, Kylie is destroyed by the Darks, and the loss drives him to the pits of despair, revealing events of the past that would best be long forgotten.


Giveaway: a Signed Paperback(US ONLY) or E-copy(INTERNATIONAL) of Broken (Ancients of Light, #3) 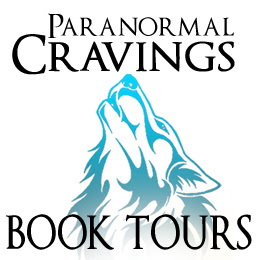