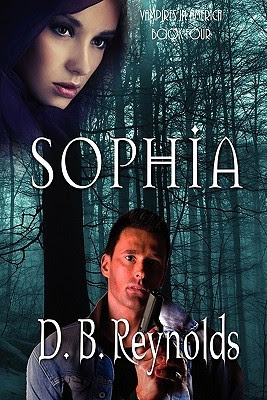 The Pacific Northwest . . . home to lush forests and constant rain, to lumberjacks and computer geeks, especially those of the vampire kind.

Sophia, beautiful and deadly, has spent the last hundred years dancing her way through the balmy nights and hot-blooded men of South America. But when her Sire sends an urgent summons, Sophia rushes home to Vancouver only to find he has disappeared, leaving nothing behind but three dead vampires and a letter with Sophia’s name on it.

Colin Murphy, a former Navy SEAL, came to the Northwest seeking a quiet place to heal the scars earned in more than a decade at war. But when someone starts killing local vampires and torturing their mates, Colin takes on the mantle of a warrior once again as he sets out to find the killers and do whatever it takes to stop them, even if that means hunting with vampires.

Following her Sire’s trail of death to a small town in northern Washington, Sophia unexpectedly discovers the heat of a South American night in Colin’s arms. But all too soon Sophia and Colin find themselves in a race to uncover the killers before the next dead vampire is Sophia herself.

Aly: Hello guys! Me and Maru finished the 4th book in the Vampires in America series and wanted to share with you our thoughts. Maru what did you think of it?
Maru: I loved that we had so much of Raphael and Cyn!!! Of course both were pure kickass and übber steamy :)) I really enjoyed the story line and how the author continued the world building. What about you Aly?
Aly: I liked it for the same reasons, but I wasn't impressed with the main characters, we had too little development for them. How do you feel about the "lovers reunited" theme?
Maru: I think the author gave us a lot of background...regarding the lovers reunited...I liked it...I think it was kinda original, but also out of the blue. And how they were separated and why, I wasn´t Sophia´s fan for almost the whole book...then I ended up liking her. You?
Aly: I can't say I liked or disliked her... but about the theme, well, I think the author didn't give enough detail for their story. She says why they were apart, but doesn't say how they meet(or I don't remember) or how they were together, for how much time. Too sketchy for me .
Maru: Yeah, she only says why and how they separated...even though it was titled Sophia, it revolved more around Cyn and Raphael. I would´ve loved to read more background on their love story.
Aly: Yep but I can't say I'm unhappy that we had more Raphael and Cyn. They are my favorite pair! How did you like Colin? :>
Maru: Exactly! LOL Yeah I did, I they Sophia and him fit like a couple...if I were him I would´ve made Sophia worked a bit harder to get me back...come on, she acted dead for like 10 years and then she pretends nothing is wrong? 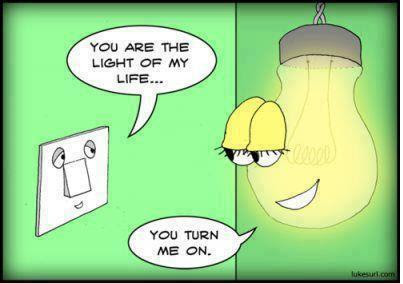 Aly: I had the same thought! I get that she's hot, but come on! A little dignity
Maru: My thoughts exactly!! But on the other hand, he didn´t have her for 10 years so maybe that´s why he felt his dignity behind
Aly: :))))) it's not like he stayed without "woman interaction" Another thing I didn't like was Sophia's sire. He was pathetic and weak and I kept comparing him with Raphael, at least those small moments we saw him
Maru: yeah me too! And that poor human he had under his spell.
Aly: Yhea! I didn't like that assistant chick either, she was too slavish(is that a word? never mind...)
Maru: Yeah...Poor thing, she had her mind fucked with. I think of all the books so far, this is one is my least fave...but I did like all the Cyn and Raphael stuff
Aly: I feel the same way. It was low on the main couple stuff, but high on Raphael and Cyn
Maru: Yes!! Which I loved. So overall 4 stars?
Aly: Hmmm then the rating would be a 5* for them and a 3* for Sophia and Colin...
Maru: yeah...4.5* bc of the steamy scenes we got from Raphael?
Aly: :)))) I'm staying with 4*. Thanks for the attention guys! See you next time.