"Waiting On" Wednesday[#1]: Tempt the Stars 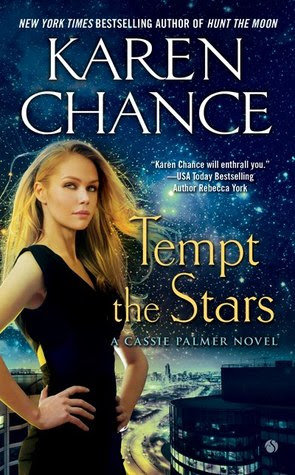 Being a goddess is a lot less fun than you might think. Especially when you’re only a half goddess, and you only found out about it recently, and you still don’t know what you’re doing half the time. And when you’ve just used your not-so-reliable powers to burglarize the booby-trapped office of a vampire mob boss.

But that’s just the tip of the iceberg for Cassandra Palmer, aka the Pythia, the freshly minted chief seer of the supernatural world. After all, Cassie still has to save a friend from a fate worse than death, deal with an increasingly possessive master vampire, and prevent a party of her own acolytes from unleashing a storm of fury upon the world. Totally just your average day at the office, right?

What new release are you egerly anticipating? Leave me the link to your WoW and I'll come by. Follow me and I'll fallow back.