Review: Beauty and the Billionaire by Jessica Clare 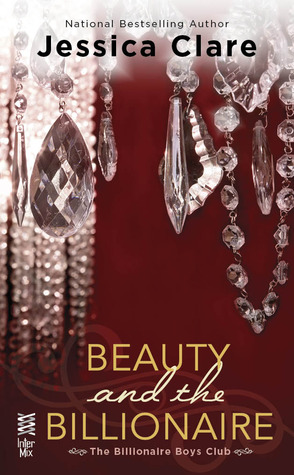 Real-estate tycoon Hunter Buchanan has a dark past that’s left him scarred and living as a recluse on his family’s palatial estate. Hunter is ready to give up on love—until he spots an enigmatic red-haired beauty and comes up with an elaborate scheme to meet her.

Gretchen Petty is in need of a paycheck—and a change. So when a job opportunity in an upstate New York mansion pops up she accepts. And while she can overlook the oddities of her new job, she can’t ignore her new boss’s delectable body—or his barely leashed temper.

Hunter’s afraid his plan might be unraveling before it’s truly begun, but Gretchen is about to show him that life can be full of surprises…

I started this book as soon as I finished the 1st one and I couldn’t have made a better decision! This is a love story of 2 people discovering love and each other in a way neither expected. The story starts with the scene where Hunter hears Bronte and Gretchen talking about men. He is very curious about her and he comes out with an outrageous plan of meeting and getting to know her.


I didn’t know too much about Hunter as I got into his book. In Logan’s book we only found out that he was Logan’s best friend, that he had scars and that he was very closed off. When he demanded to know more about Gretchen from Bronte and he concocted his plan I was sure I’ll want to punch him in the face repeatedly during the book :D But, wow, I was totally wrong! I think he’s my favorite from the billionaire bunch! He’s sensitive, very self conscious(because people act like insensitive jerks), shy intelligent and… not at all what I was expecting!

Gretchen is a ghost writer who doesn’t enjoy her work anymore, she feels pressed by deadlines and hates the books she is contracted to write. When she gets contracted for a novel based on some letters from the late Victorian era and hears about the royalties she is intrigued, but what has her agreeing is the adventure of it: she can’t take the letters out of the premises. She eventually arrives to Buchannen manor and it’s noting she expected, it’s beautifully decorated, but besides the owner and the butler/assistant it’s deserted.


In her exploration of the enormous house she does meet Hunter, but not how he wanted or expected… Things get funny and awkward from there =)) To Hunter, Gretchen is even more amazing then he expected, she has a great sense of humor, she talks easily to him, she always says what she thinks and she sees the man beneath the scars. Gretchen is intrigued by the owner of the house and the more time they spend together, the more she likes him and wants to know him even better.

They start a relationship without even realizing it and everything is great until the small party Gretchen organizes. Misunderstandings ensure, hurtful things are said by them both and neither knows how to fix it or even if they want it fixed…


Ms Clare created lovely, flawed characters and put them in very unexpected circumstances and then gave them reign to act as they saw fit. I, for one, was enchanted by the shy Hunter and his polar opposite Gretchen and really enjoyed their love story. This book is nothing like the usual billionaire romances that are still so very popular, so if you want a refreshing novel pick this up! Pick it up anyway :D