Promo Post: Weak at the Knees by Jo Kessel[+Giveaway!]

Weak at the Knees by Jo Kessel

Weak at the Knees received a 4 out of 5 rating from the UK national paper The Sun!  The Sun newspaper is the UK's most popular paper (2 million readers daily). 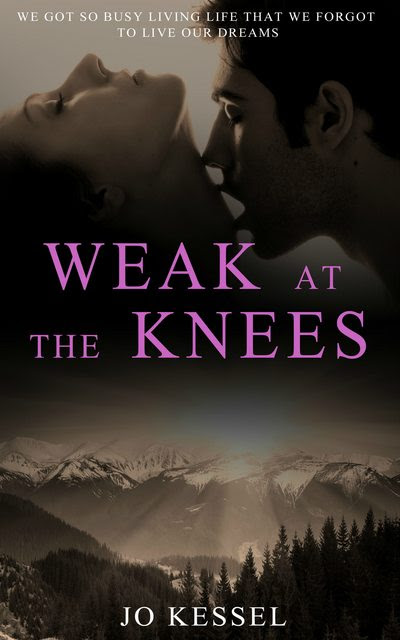 “We got so busy living life that we forgot to live our dreams.”

Danni Lewis has been playing it safe for twenty-six years, but her sheltered existence is making her feel old ahead of time. When a sudden death plunges her into a spiral of grief, she throws caution to the wind and runs away to France in search of a new beginning.

The moment ski instructor Olivier du Pape enters her shattered world she falls hard, in more ways than one.

Their mutual desire is as powerful and seductive as the mountains around them. His dark gypsy looks and piercing blue eyes are irresistible.

Only she must resist, because he has a wife – and she’d made a pact to never get involved with a married man.

But how do you choose between keeping your word and being true to your soul?

Weak at the Knees is Jo’s debut novel in the new adult, contemporary romance genre – a story about love, loss and relationships, set between London and the heart of the French Alps.

Late afternoon Olivier and I are playing with interlocked fingers, sitting side by side on the balcony step, basking in the sun.

“I’ve been thinking about your birthday. Is there anything in particular that you’d like to do?” he asks.

“I don’t think so. Birthdays are no big deal and twenty-seven is hardly one of the big ones.”

It’s getting dangerously close to thirty and my life is still not exactly sorted. He rubs it in.

“There’s only three more years to go until you join my decade! Look, forget about it being your birthday. Let’s just say we’ve got an evening to spend together to do something a bit different. What would you like to do then?”

I’m not brave enough to ask what’s going to happen to us, to ask whether he’s going to have left his wife by then, or whether he’s expecting me to stay as his bit on the side. But perhaps I won’t need to. Because if I can summon enough courage to tell him exactly what I’d really like to do for my birthday, his answer will probably tell me all I need to know. There is something I’ve been desperate to do since we got together, but it’s not been possible seeing as our affair has to be kept secret. It doesn’t seem much to ask and for most couples it’s the simplest thing to do. I can’t bear to look at his face, to see his expression or to read his reaction, so I fixate on our fingers instead, making pretty puppet patterns.

“Actually, there is something I’d like to do,” I say. “I’d like to go out and eat at a restaurant, just you and me.”

He’s silent for the longest moment. His fingers stop moving and so, it feels, does my heart.

“Do you know how difficult that is for me Danni?”

His face is tight and serious when I look up and drown in his clear blue stare. I can barely breathe. It feels like the question mark hanging over our relationship and future has just jumped off the page, quadrupled in size and wrapped itself tight around my windpipe.

The tour dates can be found here 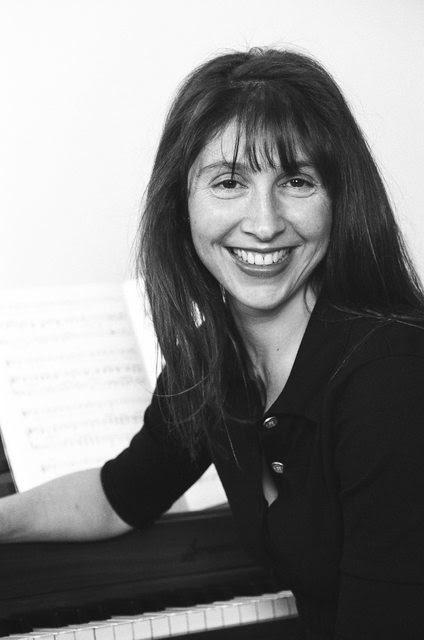 When Jo was ten years old she wrote a short story about losing a loved one. Her mother and big sister were so moved by the tale that it made them cry. Having reduced them to tears she vowed that the next time she wrote a story it would make them smile instead. Happily she succeeded and with this success grew an addiction for wanting to reach out and touch people with words. Jo lives in London with her husband and three children where she works as a TV and print journalist. She tells life stories and can often be found travelling the globe researching the next big holiday hotspots for readers to enjoy. Since becoming a mother anything even remotely sad makes her cry. She’s a sucker for a good romance and tear-jerker movies are the worst. She’s that woman in the cinema, struggling to muffle audible wails as everyone else turns round to stare.

P.S Jo’s pretty certain one of her daughters has inherited this gene.

Jo loves to hear from her readers and they can connect with her on: