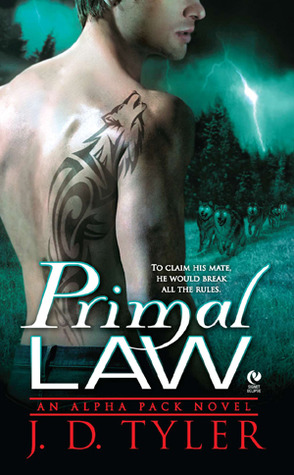 Founded by a group of former Navy SEALS, the Alpha Pack is a top-secret team of wolf shifters with Psy powers tasked with eliminating the most dangerous predators in the world. But the gift of their abilities comes at a price…

After a massacre decimates half his team and leaves him crippled, Jaxon Law must relearn how to fight—and battle the anger and guilt threatening to overwhelm him. But when he rescues a beautiful woman who reawakens his primal instincts, Jax is unprepared for the dangers that lie ahead.

On the run from her employer, brilliant lab assistant Kira Locke has evidence that leads the Alpha Pack on a hunt for someone targeting human civilians with Psy abilities. And as Jax and Kira circle both the killer and each other, Jax will have to decide if the deep connection he feels with Kira is worth breaking the ultimate shifter rule—because bonding with Kira means putting his abilities at risk, and they might be the only tools he has to keep his mate alive…

I read this one a few months ago and I remember I just... expected more from it. Neither character made a lasting impression on me, they were a little flat, and the world building wasn't extraordinary. I remember thinking that I read an X-man adaptation with supernatural elements. The ending was interesting though and left room for a great continuation.