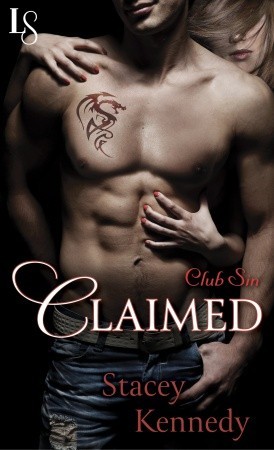 I’ll start with saying that when something annoys me in a book, I can’t stop myself from seeing all the crap that drives me nuts! That means that if I love a book, it could have grammatical and editorial mistakes and I wouldn’t see them… But if a book has that one thing that kicks me out of a story, it usually doesn’t end well.
In this book, it all started with the name. What is it with authors and picking stupid unappealing names for characters? Seriously, can someone explain it to me? It’s like they think of the weirdest, most stupid name they could come up with, and then use it! It’s not even the 1st time it has happened in the last months! I wouldn’t be this fucking annoyed if it were the 1st time. Ms. Kennedy went on and named the poor spineless girl(I’ll get to it in after this rant) Presley and every fucking time I read that name I read Parsley! Do you know how fun it is to think of seasoning plants when reading sex scenes? Let me tell you: NOT AT ALL!

Furthermore, she made her female character a Mary Sue and her male character an assuming asshole. Parsley, I men Presley, does whatever the guy tells her, whatever anyone tells her. I mean, she frigging apologized for freaking out and leaving his bed and his house after waking up disoriented after a scene. He didn’t ask her if she wanted to spend the night, he just deposited her in his bed and then went to sleep. Entangled with her. Any normal woman would panic when not remembering how she go there and then leave. That’s what she did. It would have been ok if he asked her WHY she left or anything about it, but the asshole goes to her place of work with his boxers in a bunch and (kind of) has a fit there and tells her to apologize. The f-idiot does it! I’m stopping now, otherwise I’ll continue for a few other hundred paragraphs about this issue…

I can't stop myself and I'm giving another example. It contains SPOILERS! Another perfect example of her milksop ways is the scene where her cheating ex boyfriend comes to her work(yes, another asshole) and starts spouting about her lifestyle choices, she decides that the best course of action will be:
A. She screams to bring attention and get rid of the guy
B. Calls the cops
C. Knees him in the balls and runs and maybe does A. or B.
D. Gets into a crazy dude's car, a more powerful guy then her in a confining space, so that he doesn't bring more attention to them.

Yes, our heroine chooses D. She gets into his car and tries reasoning with him and then, when that doesn't work, starts insulting him. I swear, this chick is dumber then a rock!
/SPOILER

The things that made me finish the book and give the 2nd one a chance were the secondary characters(his friend Mary and I’d love a novella or something with the dude’s last serious sub, her relationship sounded fascinating) and the sex scenes. Ms Kennedy writes amazing sex. She can really pull you into the scene there and you (mostly) forget about the stupid name(or try very hard, at least until the hero calles her by name) and the very enormous character flaws.
at December 05, 2014