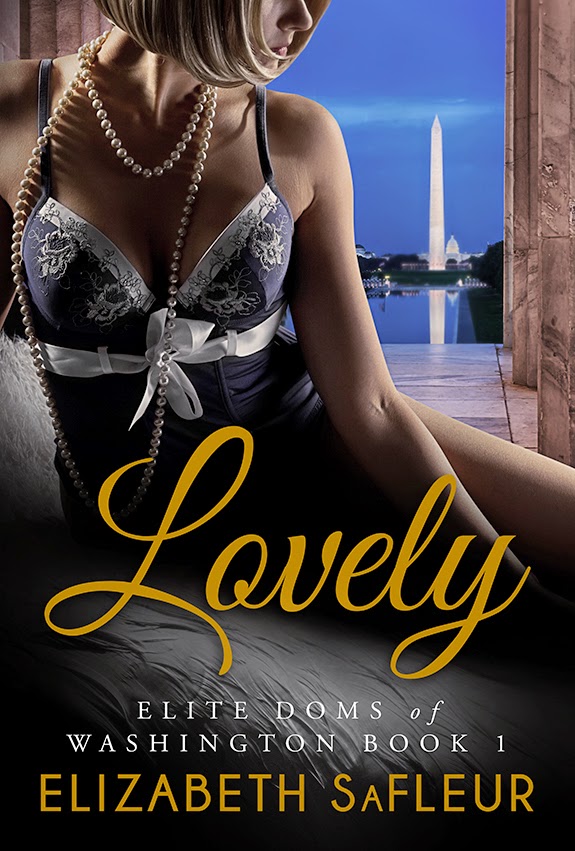 Can you have love and power at the same time?

Congressman Jonathan Brond has mastered his work, his reputation and the art of sexual domination while keeping his family’s political legacy intact. But a chance encounter with college student Christiana Snow promises something he didn’t think was possible–meeting someone honest.

When the charismatic man proposes a summer of sensual, sexual submission, Christiana leaps into his world—the antidote to her bland life. But Washington, D.C. is an unforgiving place; soon gossip and scandal threatens their relationship.

Yet, in a town of players, sometimes introducing a new game is the only way out. Who knew love would be the winning plan?

Stand alone. Not a cliff-hanger.

For a sneak peak at the Elite Doms’ attempt to bring a little discipline to Washington, D.C., curious readers can download Holiday Ties,
the series’ first novelette, free from Amazon and Smashwords

Excerpt: Calling Yvette from Frustration
Warnings: M/F, sexual language, BDSM references (caning, spanking, nipple clamps)
Jonathan stepped into the late afternoon sunshine, provoked but containing his irritation. He’d spent thirty appalling minutes taping a segment for the evening news in a vain attempt to warn people how dangerous social media could be. The idiotic host, Collins, had no idea what he preached. People were sending other people over the edge with a touch of a button.
Fuck. Yes, he needed to fuck.
Jonathan had two hours before a mandatory reception. He couldn’t go with his cock on fire. Fingering his phone, he ran through a list of women he could call. He shouldn’t call any of them. Damn election.
Jesus, what he wouldn’t give to have an agreement with a certain young blond woman. Christiana Snow hadn’t been out of his thoughts since he ran into her for the second time in days—unheard of in Washington. But he must stop. He’d give an interview to Peter Snow and be done with it.
Jonathan pushed the image of her blue eyes and perfect round ass from his mind and dialed Christiana’s polar opposite. Someone whose need for discretion exceeded his own. 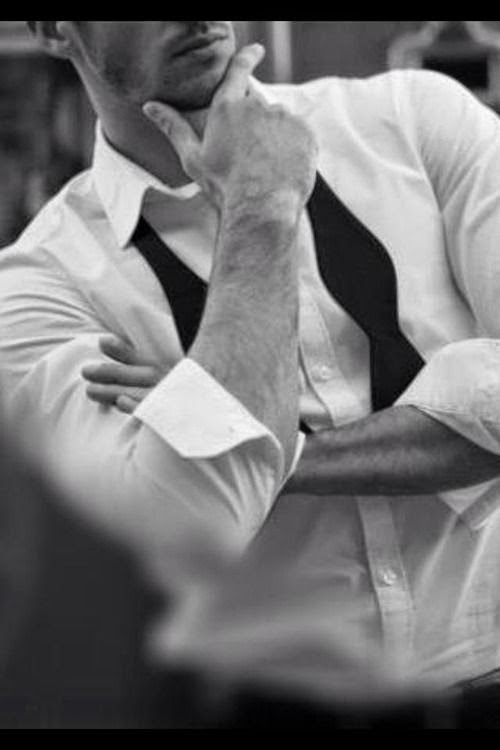 “Yvette.” She’d answered on the first ring. “Are you in your suite?”
“I’m having lunch with my friends.” Laughter rose in the background.
“Can you get away?”
“I thought you had fundraisers to attend.”
Ah, the brat he’d grown to expect.Well, he knew how to handle petulance. “I won’t ask again.”
“I can extract myself in another hour.”
“Thirty minutes. Your suite,” he directed.
“I’ll try.”
He steeled his voice. “Yvette.”
“Yes, sir. Thirty minutes.”
“Don’t keep me waiting.”
She would be late. She’d do it to force a spanking, her favorite punishment. Today, she’d learn attempting to top him would not result in anything she liked. God, he needed this. Someone who understood what he required and, in return, required what he could give.
Jonathan slipped behind the wheel of his convertible, heat seeping through his pants from the sun-warmed leather seat. If he hurried, he would beat Yvette to the Jefferson Suite and have time to prepare.
The light traffic allowed him to arrive at The Oak in twenty minutes. Rich hues of lush lawn and paler pastels of spring blooms colored the landscaping around the entranceway as he pulled up. The valet rushed to open his door.
Jonathan tossed his keys to the eager young man, who yelped, “Congressman.”
The Oak’s lobby didn’t teem with guests. A sliver of suspicion ran up his spine—an automatic reaction to significant environmental changes.
As he ascended in the antique elevator, he wondered if Christiana would work the restaurant later that night. Stop it, Jonathan.
Jonathan used his master key to enter the suite, a waft of lilac scent hitting him square in the face as the door opened. Yvette kept fresh flowers at all times. He smiled, knowing she likely had doubled her order this week. As long as Arniss DeCord dallied in their divorce settlement, she’d run up his tab. The worst thing she could do to the prick was spend his money.
Jonathan and Yvette had been friends since college. He’d warned her about marrying Arniss, and now his prediction had come true. The affairs aside, the man’s greatest cruelty lay in ignoring her needs. Jonathan would do no such thing, could not. Yvette deserved better. He hated seeing her suffer—seeing anyone suffer.
His steps echoed through the marble entrance of the vacant suite. He flipped the wall switch in the master bedroom and recessed lights’ soft illumination rose. His bag made a loud thump as he threw it on the bed. A quick glance at the clock soothed his earlier anxiety. Yvette had to arrive in the next ten minutes in order to avoid a punishment. She wouldn’t make it.
He pulled out a short bamboo switch from his bag, ran his fingers over its knobby surface. He laid it on the silk duvet where Yvette would see it immediately upon entering.
Jonathan loosened his tie and fell into the corner wingback chair, facing the French doors, which he’d left opened to the main room. He needed to see her enter. Yvette didn’t so much walk as sashay, hips rolling with each step. Her walk was his favorite part of the dark-haired beauty queen’s manner and physique.
Of course, Yvette’s brat nature wasn’t his ideal for a submissive. Her hot temper blazed too quickly. But she acquiesced often enough to keep his interest and keep him serving her need for domination.
Jonathan loved seducing a female submissive, teasing the consent from her willing body. He loved the feeling of absolute control—control he had nowhere else in his life. His political career provided power. But nothing compared to the rush from earning a submissive’s trust and consent. Dominating a willing woman provided him a unilateral authority. His will dictated every action without compromise—far removed from the fucking consensus that ruled his political life.
“Take off your clothes. Everything but the panties.” Those would be his only words.
She’d peel off her bra slowly, letting her full breasts with dark-berry nipples pop free. He grew stiff at the thought of capturing each bud in the little clamps he brought. Pinching the firm tips, one in each claw, would be his first action. Then, he would connect the clamps’ chain to a collar she’d wear. 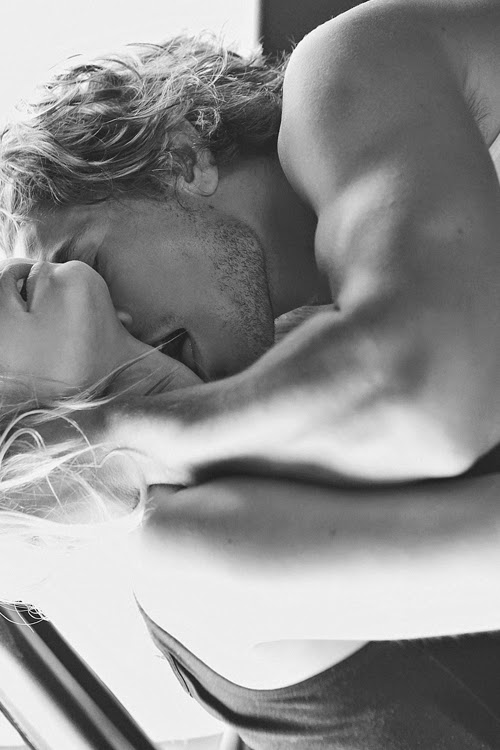 He’d bend her over the dark-red leather bench at the base of the bed, ass displayed for his taking. The thin chain would pull each tip hard when he yanked her hair back—smooth, silky, dark locks that slide through his fingers and waterfall down her back.
Perhaps she’d earn that spanking then. He knew from experience her cunt soaked through lace in three slaps. A cane would brand her ass but draw out her orgasm. When her mewls stopped, she’d be ready. He would then take his time, lots and lots of time, to drive into her heated pussy, like plowing new earth with his rutting.
A snick sounded from the suite’s front door. Yvette’s high heels clicked on the hallway’s marble floor. She was late. Good. 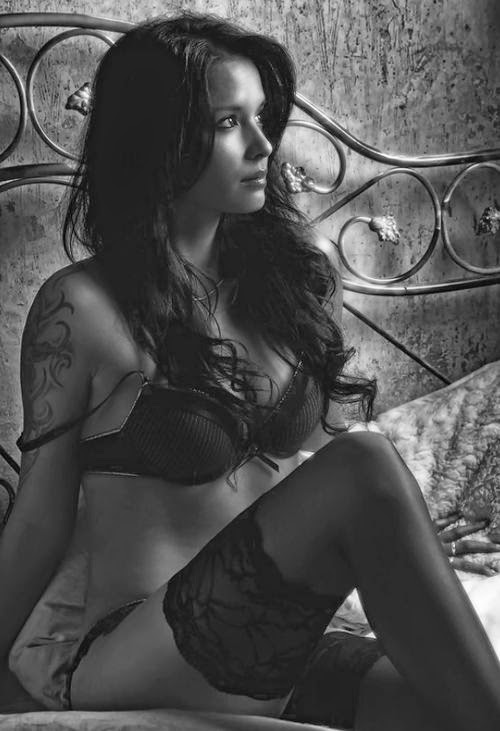 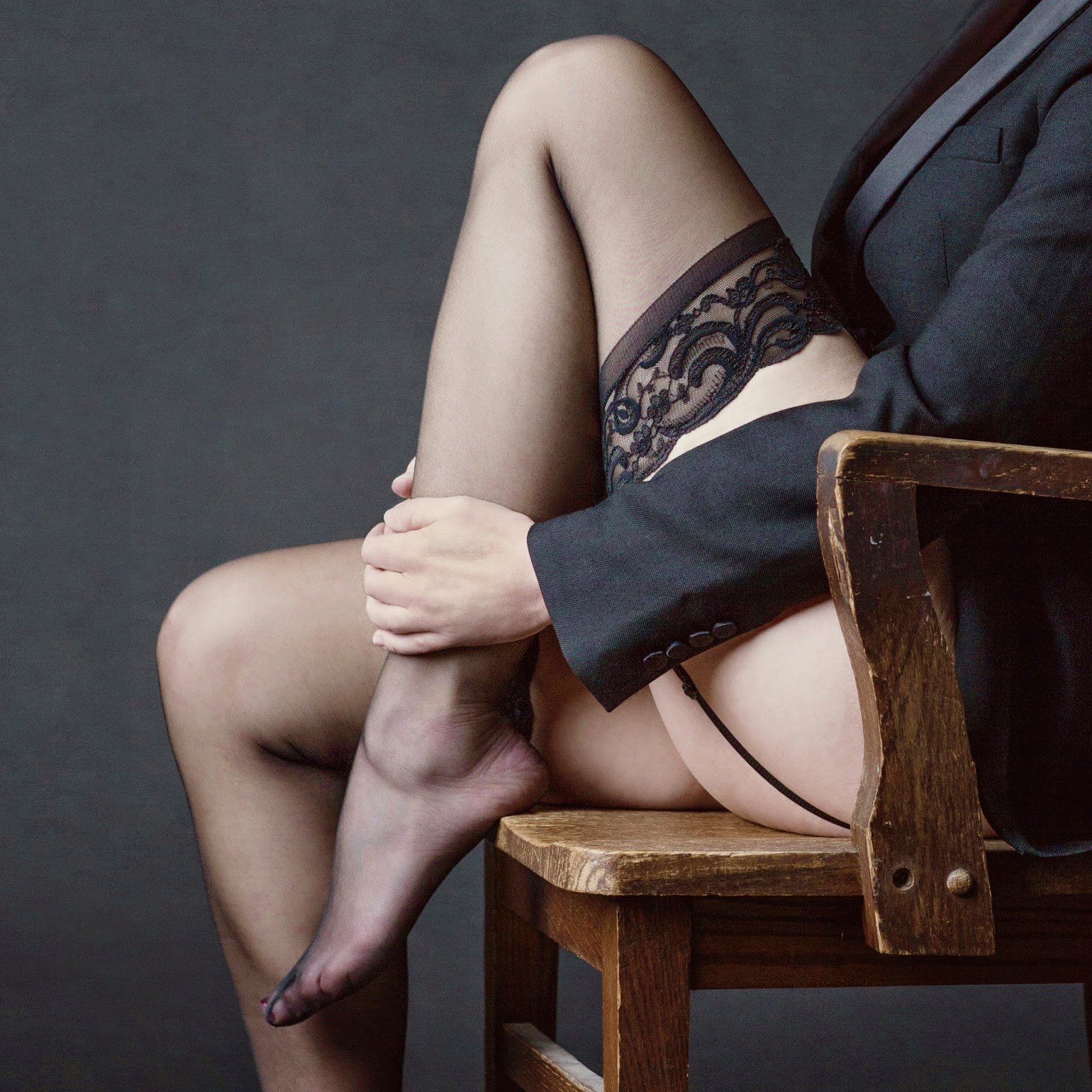 Elizabeth now writes, tweets and posts under her pseudonym, Elizabeth SaFleur, since her former clients might be a little shocked at their past PR counselor’s new career choice.  Then again, perhaps they would fear they provided inspiration. (She has sworn secrecy.)

Lovely, the first novel in the series debuting in January 2015, was inspired one sunny day at an outside café in Washington Harbor where Elizabeth swore she witnessed a woman being lashed to a sailboat mast, happily. Lovely’s hero, Jonathan Brond, was born that day when he silently answered her unspoken question, “does she like that?” with yet another question: “Would you like to find out?”

Today Elizabeth shares twenty-eight, wildlife-filled acres in Central Virginia with her husband and dog, and is sometimes separated from her laptop to indulge in dance classes and visits to wineries and hiking trails with friends. She lives by one quote: “If you really want to be happy, nobody can stop you.”

Elizabeth is a member of the Romance Writers Association, the Washington Romance Writers, and avid reader of all fiction genres, but especially books with a happily-ever-after ending. Visit www.ElizabethSaFleur.com to drop her a note.