An Inside Out story, Chris's POV

In a world where my only escape has been my art, Sara has been the light in my darkness. And there is darkness, the kind of inky black that can bleed from my life to hers.

She doesn't see it. She doesn't understand what I've shown her. And my
biggest fear is that soon...she will.

TV Show and Casting
The Inside Out series is in development for cable television with the fabulous producer Suzanne Todd at the helm. Suzanne has worked on projects such as Alice in Wonderland with Johnny Depp, Must Love Dogs, Austin Powers, Lethal Weapon and many more!
So where does the show stand?
I was just in Hollywood and I had the pleasure of meeting with many of the brilliant minds involved in the process. It was pretty surreal to sit there and talk to these talented folks and have them know my characters the way I know them. Truly amazing.
It’s been fun learning the process of a cable TV show in development. There is no pilot. There is simply the process of someone writing the first 8-10 episodes. If those scripts are approved, then a staff of writers to carry on the show will be hired, and casting begins for the first season. Also, unlike movies, as we’ve seen with 50 Shades, casting isn’t something that is talked about for a year and then finally happens. In general, when a cable station orders a show to production, things move fast. So once you hear the news, it will get exciting at lightning speed. I hope to be able to share that news VERY soon!
That said, I am beyond thrilled that the producers of the show, Team Todd, are excited to engage fans in the process. They watch my Twitter and Facebook and enjoy seeing the fan suggestions for casting. They even watch fan-made videos! When I was in Hollywood, they shared their excitement about involving readers and fun ideas like VIP casting chats for readers.
They’ve set up an email newsletter list to better connect with the fans. To take part, just email REBECCA@TEAM-TODD.com and say I WANT TO BE AN INSIDER. 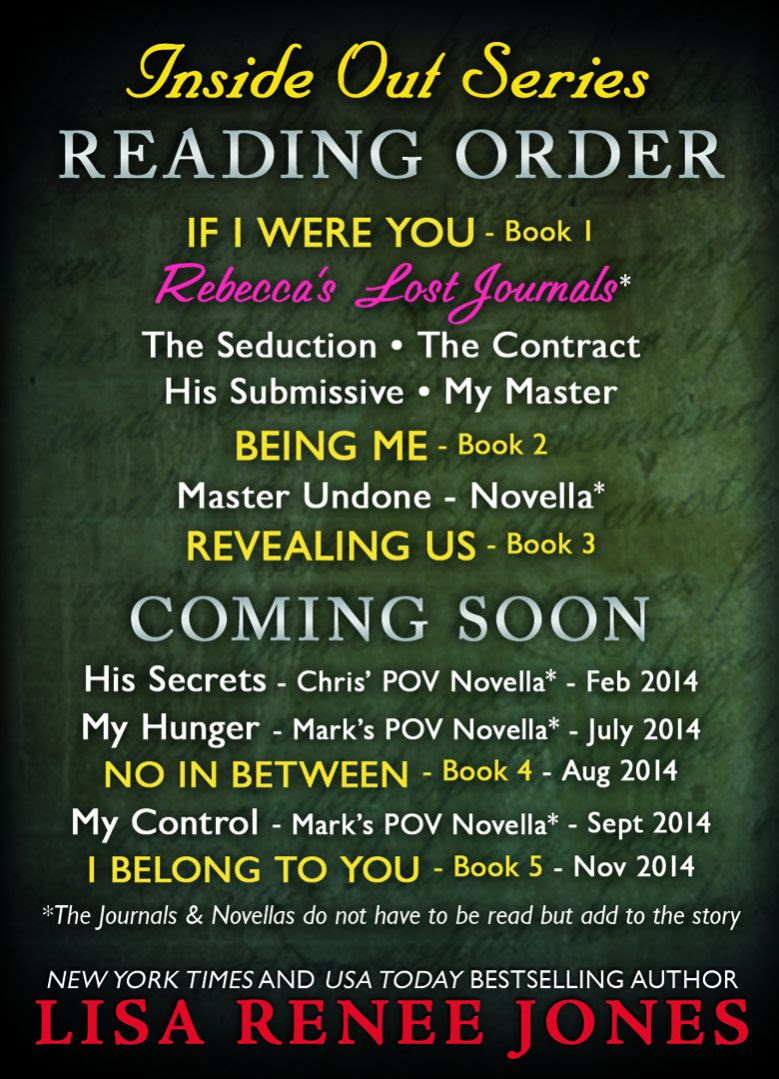 How it all began…
One day I was a high school teacher on summer break, leading a relatively uneventful but happy life. Or so I told myself. Later, I’d question that, as I would question pretty much everything I knew about me, my relationships, and my desires. It all began when my neighbor thrust a key to a storage unit at me. She’d bought it to make extra money after watching some storage auction show. Now she was on her way to the airport to elope with a man she barely knew, and she needed me to clear out the unit before the lease expired.
Soon, I was standing inside a small room that held the intimate details of another woman’s life, feeling uncomfortable, as if I was invading her privacy. Why had she let these items so neatly packed, possessions that she clearly cared about deeply, be lost at an auction? Driven to find out by some unnamed force, I began to dig, to discover this woman’s life, and yes, read her journals—-dark, erotic journals that I had no business reading. Once I started, I couldn’t stop. I read on obsessively, living out fantasies through her words that I’d never dare experience on my own, compelled by the three men in her life, none of whom had names. I read onward until the last terrifying dark entry left me certain that something had happened to this woman. I had to find her and be sure she was okay.
Before long, I was taking her job for the summer at the art gallery, living her life, and she was nowhere to be found. I was becoming someone I didn’t know. I was becoming her.
The dark, passion it becomes…
Now, I am working at a prestigious gallery, where I have always dreamed of being, and I’ve been delivered to the doorstep of several men, all of which I envision as one I’ve read about in the journal. But there is one man that will call to me, that will awaken me in ways I never believed possible. That man is the ruggedly sexy artist, Chris Merit, who wants to paint me. He is rich and famous, and dark in ways I shouldn’t find intriguing, but I do. I so do. I don’t understand why his dark side appeals to me, but the attraction between us is rich with velvety promises of satisfaction. Chris is dark, and so are his desires, but I cannot turn away. He is damaged beneath his confident good looks and need for control, and in some way, I feel he needs me. I need him.
All I know for certain is that he knows me like I don’t even know me, and he says I know him. Still, I keep asking myself — do I know him? Did he know her, the journal writer, and where is she? And why doesn’t it seem to matter anymore? There is just him and me, and the burn for more.

New York Times and USA Today Bestselling author Lisa Renee Jones is the author of the highly acclaimed INSIDE OUT TRILOGY which has sold to more than ten countries for translation with negotiations in process for more, and has now been optioned by STARZ Network for a cable television show, to be produced by Suzanne Todd (Alice in Wonderland).

Since beginning her publishing career in 2007, Lisa has published more than 30 books with publishers such as Simon and Schuster, Avon, Kensington, Harlequin, NAL, Berkley and Elloras Cave, as well as crafting a successful indie career. Booklist says that Jones suspense truly sizzles with an energy similar to FBI tales with a paranormal twist by Julie Garwood or Suzanne Brockmann.

Prior to publishing, Lisa owned multi-state staffing agency that was recognized many times by The Austin Business Journal and also praised by Dallas Women Magazine. In 1998 LRJ was listed as the #7 growing women owned business in Entrepreneur Magazine.