Spotlight: Weak for Him by Lyra Parish 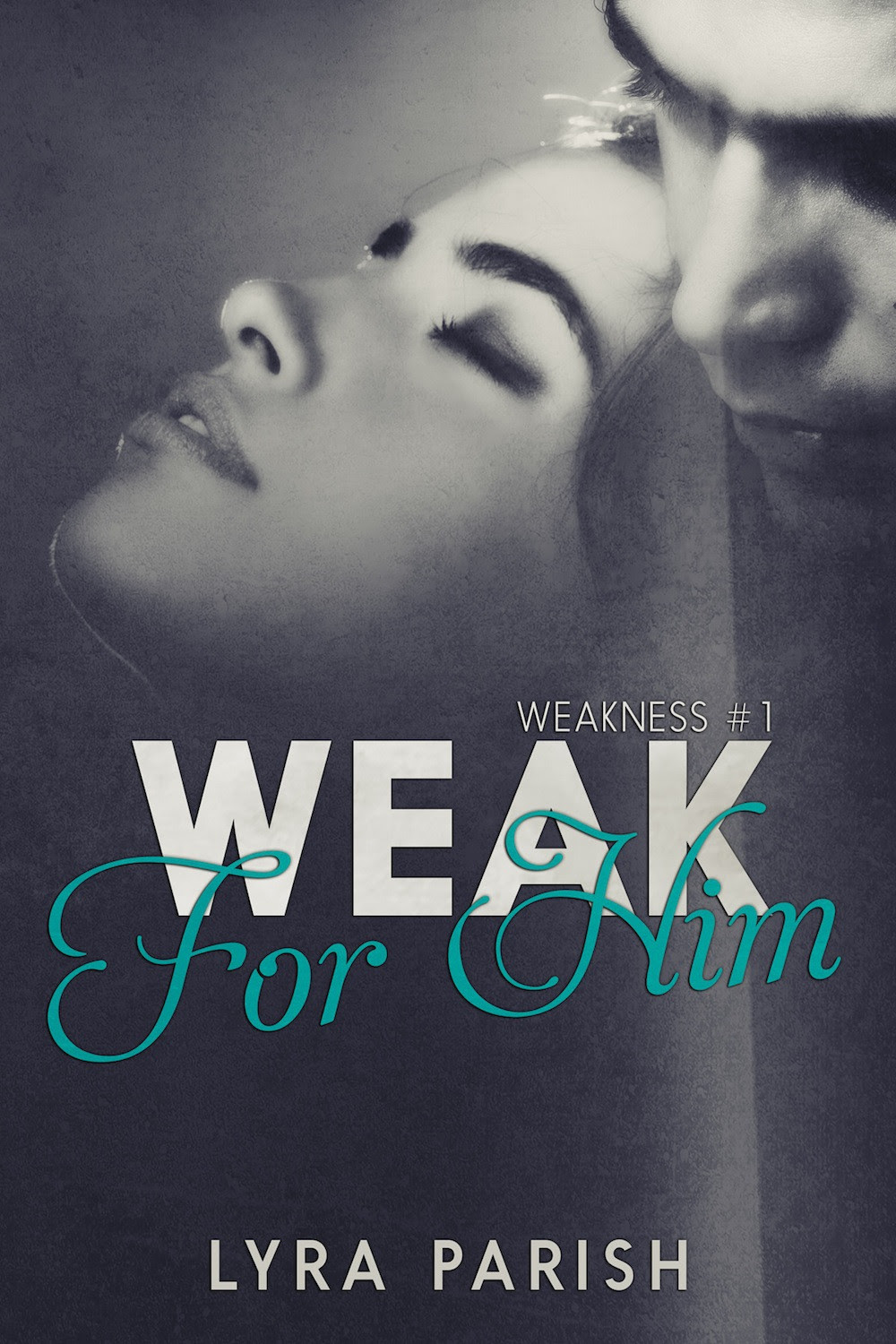 Weak for him is a New Adult read with sexual content.

“Have you heard the saying, ‘sex sells’? Well, I’m the supplier.”

Jennifer Downs is a virgin.

With the help of lady luck, the two meet.

Jennifer is made an offer: sell her virginity to the highest bidder and transform into one of Finnley’s girls. But she finds herself weak for him, and doesn’t fully realize what she’s agreed to until it’s too late.

Will she rise to the challenge and play by the rules in a land where money is king and love is prohibited? Or will she lose herself and values in the attempt?

Can you sum up Weak for Him in 25 words or less?
Oh wow. That’s a hard one. Ummm…
Virgin goes to Vegas after her parents death and learns how to live in a world where love is forbidden and money is king.

How did the idea for Weak for Him?
I was driving home listening to NPR and this story came on about a lady who sold her virginity on eBay for 750k. I was intrigued and thought to my self, "self, that would make an amazing story" ....but it was right around the time when I strived to be a YA author, so I ditched the idea and moved on. After a year, several failed attempts of writing not so great stories that were never published…. I started Weak for Him.In May 2013, I started drafting and had my synopsis written and placed that baby on Goodreads in June. Five months later the story was finished. Weak for Him spoke to me, very loudly, and I knew that I wouldn't be able to write anything else until this one was complete.

If you could compare your novel to another, what would it be?
Actually, I'm not sure. I don't read in the genre... I know, gasp! I do purchase a lot of novels that are in the genre, that are still on my to-read list, but I just haven't had a chance to lose myself in them yet. I guess my readers will have to do that for me! It's kind of a good thing though because that means others words and thoughts aren't seeping into my own. I was really unsure when I decided to write this because I knew either I would have an original story, or one that was so horrible that people would laugh at me. I'd like to think it was the first.

Would you do what Jennifer did?
A part of me really really wants to say yes, but it would be a lie. I'm somewhat old fashioned in a sense and think that it should be special (Not that it is NOT in Weak for Him, but you know what I mean). Maybe if I were in her exact situation with a hot young corporate big-wig offering me a job at a call high-end call service, I would consider it but cool skankaliciousthings like that don't really happen to me.

If you could have any actors play your leads, who would they be?
Jennifer – Megan Fox
Abbie – Billi Piper
Lori – Emma Stone
Jesse - Rachel McAdams
Finnley – Alex Pettyfer
Luke – Henry Clavill
I actually have a pinterest board for this very thing!

Can you name one song that would sum up your characters?
Jennifer – Don’t Call It Love by Eliza Doolittle
Finnley – Dark Paradise by Lana Del Ray
Luke – Fix the World Up for You by James Morrison
If you want to hear the Weak for Him soundtrack, check out the playlist I created on Spotify.

What do you want your readers to get from your novel?
I hope most people think it’s a fun, sexy story that keeps them on the edge. Maybe the moral would be: Bad things happen but it's important to stay strong and keep going because sometimes Lady Luck really is on our side.

One quote that sums up Weak for Him:
I would have to say the quote at the beginning of the novel.
To live is the rarest thing in the world. Most people just exist. – Oscar Wilde

The question that everyone keeps asking is when will Weak Without Him (Book #2) be released?
I have some fans and advanced reviewers that wanted it before book 1 was released, but I can tell you that it won’t be long. My goal is to have it out before Summer. If I pimp slap my personal deadlines, it could be as early as April, but if not, for sure May 13. I can tell you this, all of my books will always release on the 13th (hence the early release of Weak for Him) because it's my lucky number.

AUTHOR BIO
Lyra Parish loves to write, travel, and sing obnoxiously loud at the top of her lungs in the shower. Sweet love stories (along with the dirty ones) make her gush.

She is a firm believer that a person can never have too many cats, cups of coffee, or read to many happily ever after's. When she isn't busy writing, she can be found sipping various beverages from her non-alcoholic drink buffet, pimp slapping excel spreadsheets, or riding her bike.

Weak for Him (Weakness #1) is Lyra's debut novel. Weak Without Him (Weakness #2) will release Spring 2014. Lyra currently resides in Texas with her husband and black cat.