Quote-tastic[#18]: "The Knight" by Monica McCarty

I chose the last story that made me cry, and not because it sucked. It's a novella from on of the best historical romance series, "The Knight" by Monica McCarty. I recomend it with all my heart, it has everything[some humor, love, action]... most importantly it has accurate history. 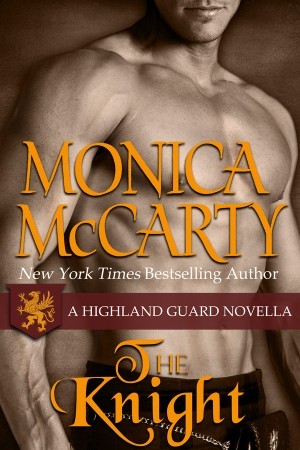 Bloody hell, he was nervous. More nervous than he could ever recall being in his life. Even when he’d been a lad of eight and ten and allowed Lamberton to convince him to try to appeal to the English king, and Edward had launched into one of his terrifying Angevin fits of temper that had sent James racing from the castle for his life with that crude title following after him. Lord of the Garderobe. He told himself he’d forgotten the shame—that it had stung a lad’s pride, not a man’s. His reaction to Joanna’s ill-fated choice of words proved him wrong.

But he was a man, and it was time he start acting like one.

He drew a deep breath. “I came to tell you that you were right. You deserve far better than I gave you, Jo. And the man who [...] made you feel like you weren’t good enough to be his wife isn’t fit to clean your garderobe.”

Her face twisted with remorse. “I’m sorry, James. I didn’t realize what I was saying until it was too late. I never meant to hurt you like that.”

He shook off her apology. “Nay, you were right. I’m glad you said it, as it forced me to face some unpleasant truths about myself. The worst being that I caused the only woman I’ll ever love to think that she didn’t matter to me. I took you for granted, Jo, and I’m sorry for that. You cannot know how sorry. When I think of everything you went through alone, and the things I said…” He couldn’t repress the reflexive shudder of disgust. “You have every right to hate me for it.”

She put her hand on his arm. He told himself not to put too much store in the unconscious gesture, but it was the first time she’d voluntarily touched him since he’d left her three months ago. “I don’t hate you, James.”

“But you no longer love me.”

She held his gaze for a moment and looked away, shaking her head. “I’m sorry.”

His chest felt like it was on fire. He hadn’t realized it would hurt so much to hear it. “You have nothing to apologize for. It’s no more than I deserve.”

Her gaze lifted back to his uncertainly. “It’s not?”

He nodded. “I will never forgive myself for what I did, but I hope in time that you will forgive me. I am not that man any longer, Jo.”

She didn’t say anything right away but started walking toward their hills again. That was good, wasn’t it?

“I don’t blame you, James. I was just as much at fault for what happened. I knew the risk. I was naive—”

He took her by the arm and stopped her. “You were not naive. You had every right to expect that I would honor you and our love with marriage; it is me who failed you. I should have gotten on my knees and begged you to marry me years ago, not bit out some harshly worded proposal to you in anger.” He drew a deep breath. “I have no excuse. You were right. I was blinded by ambition and couldn’t see what was right in front of me.”

Tears sprang to her eyes. “Why are you doing this, James? Why are you telling me all this when I’ve told you that it’s too late?”

He couldn’t believe that. He refused to believe that. He’d wronged her, horribly, and knew it. This girl—this woman—who’d loved him practically her whole life. He’d taken her and that love for granted, thinking it would always be there. Only when he realized that it wouldn’t had he seen the truth and known what he had to do. He would prove it to her. He would do anything to make her fall in love with him again, even if it took the rest of his life and he had to lose everything he’d accomplished thus far.

He drew a deep breath, trying to ignore the shakiness. “I’ve asked your father for permission to court you."

PS: She makes him grovel so beautifully...