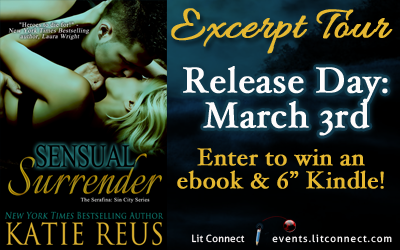 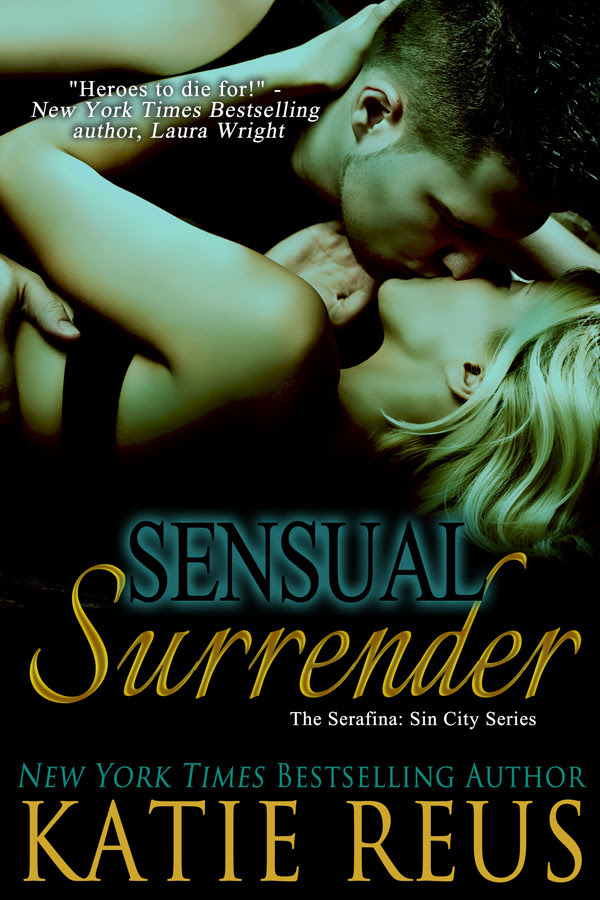 I’m ready to move on. Please don’t search for me. Please just let me go.
~Ellie
The note on the kitchen table shatters Jay Wentworth’s world into bits. Ellie is his lover, his soulmate, his best friend…she’s the woman who stood by him through the aftermath of a horrible explosion, the woman he’s planning to propose to. He’d do anything for her…except let her go. With his fierce protectiveness kicked into overdrive, he teams up with Ellie’s Hotel Serafina boss, billionaire Wyatt Christiansen, to find her. Ellie is family at the casino and they take care of their own.
Ellie is devastated when her secret past finally catches up with her. Stupid to think she could bury the mistakes of her youth and find happiness with a good man. Leaving Jay rips her heart to shreds, but it’s the only way she can protect him from the dangerous people she once ran with. And deep down, she fears he’ll never be able to forgive her for hiding her past from him.
The closer Jay gets to the truth about Ellie, the deeper he plunges into danger. He’ll move heaven and earth to save her, but if she can’t trust in Jay’s love it might be too late for both of them.


Once inside their two-story home, she shut and locked the door behind her. Out of habit, she put the alarm back on stay mode. That was the one thing she and Jay were both vigilant about. Of course he had his own version of security with his trusty SIG and his SEAL training. The man definitely knew how to take care of himself. And her—in more ways than one.
Her chill started to fade as she made her way to the kitchen. The second she stepped inside she found Jay leaning against the countertop, steaming coffee mug in hand, and the cold disappeared all together. At six foot, five inches, with a skull trim haircut, and sleeves of tattoos covering his arms, he made her mouth water. Especially since he was only wearing boxers.
He started to give her one of those wicked smiles that melted her insides but it quickly turned into a frown as he raked a concerned gaze over her. “Were you next door? It’s freezing outside.”
“How was I supposed to know that? It’s not even cold in here.” Which was weird. She hadn’t felt the cold because Jay was so warm at night.
“I turned the heater on around midnight when you shivered in your sleep.” He set his coffee cup down on the counter and started to head for her.
Her throat tightened at those simple words. She never thought she’d have a man like him care about her, even that much. Jay’s thoughtfulness touched her in ways she hadn’t imagined. As he took the egg carton from her hand, she knew what he had in mind by the hungry glint in his piercing green eyes. And it wasn’t breakfast. Turning from her, he set the carton down and before he’d looked back, she stripped off her shirt, shorts and panties and tossed them to the floor in a messy heap.
When he turned to face her, she was just stepping out of her slippers. His big body went still as he drank in the sight of her standing there naked. An undeniable shudder rolled through him as he reached for her. She loved that she still got that reaction out of him. Over a year later and the chemistry was still as powerful as ever.
Sliding her hands up his hard chest, she dug her fingers into his shoulders. Her breasts rubbed against his bare skin, now tingling from the feel of his muscular body instead of the cold.
“You’re going to make me late,” Jay murmured before hoisting her up so that she had to wrap her legs around his waist. Through his boxers, his erection pressed insistently against her abdomen, making her body flare to life in the way only he could.
“I can head upstairs instead and—”

Katie Reus is the NY Times and USA Today bestselling author of the Red Stone Security series, the Moon Shifter series and the Deadly Ops series. She fell in love with romance at a young age thanks to books she pilfered from her mom’s stash. Years later she loves reading romance almost as much as she loves writing it.
However, she didn’t always know she wanted to be a writer. After changing majors many times, she finally graduated summa cum laude with a degree in psychology. Not long after that she discovered a new love. Writing. She now spends her days writing dark paranormal romance and sexy romantic suspense.

Connect with Katie at:

Tour Wide Giveaway: Digital copy of SENSUAL SURRENDER per the total number of tour stops (~12), and (1) Grand Prize: 6” Kindle (US only).
a Rafflecopter giveaway

Additional Info:
Make sure to check-in on Katie’s Facebook page this week, as she’ll be celebrating the release of SENSUAL SURRENDER with giveaways on her wall!