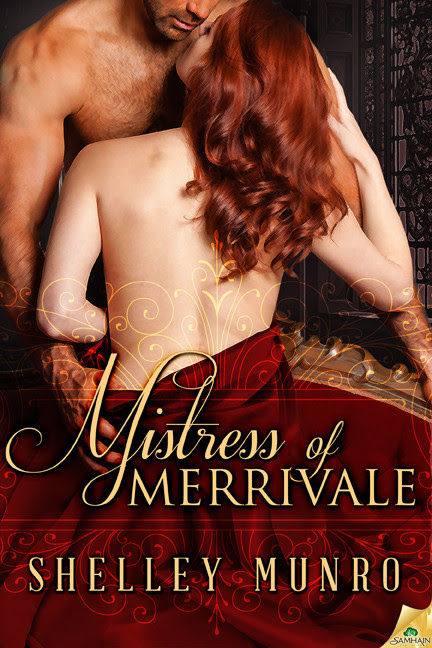 A marriage of convenience…full of inconvenient secrets.

Jocelyn Townsend’s life as a courtesan bears no resemblance to the life she envisioned in girlish dreams. But it allows her and her eccentric mother to live in relative security—until her protector marries and no longer requires her services.

Desperate to find a new benefactor, one kind enough to accept her mother’s increasingly mad flights of fancy, Jocelyn is nearly overwhelmed with uncertainty when a lifeline comes from an unexpected source.

Leo Sherbourne’s requirements for a wife are few. She must mother his young daughter, run his household, and warm his bed. All in a calm, dignified manner with a full measure of common sense. After his late wife’s histrionics and infidelity, he craves a simpler, quieter life.

As they embark on their arrangement, Leo and Jocelyn discover an attraction that heats their bedroom and a mutual admiration that warms their days. But it isn’t long before gossip regarding the fate of Leo’s first wife, and his frequent, unexplained absences, make Jocelyn wonder if the secrets of Merrivale Manor are rooted in murder…

Warning: Contains mysterious incidents, a mad mother who screeches without provocation, scheming relatives, and a captivating husband who blows scorching hot and suspiciously cold. All is not as it seems…and isn’t that delicious?

According to www.dictionary.reference.com bedlam is a scene or state of wild uproar and confusion. Synonyms for bedlam include disorder, tumult, chaos, clamor, turmoil, commotion, and pandemonium. If someone says, “The place was bedlam!” we know there was trouble and a lot of confusion.
But there’s more to the word.
Bedlam originated as a common and popular name for the Hospital of St. Mary of Bethlehem in London. The hospital was a lunatic asylum and many families left relatives there in order to hide them. It was also a place where husbands could leave wives who had become inconvenient, since it was widely known that women of the time were mentally unstable. Thank goodness times have changed!
The patients were chained to walls and posts and conditions were terrible. During the 18th century, in an effort to raise funds for the hospital, anyone with the price of admission could enter the hospital and visit the patients. Originally it was expected that the visitors would help the hospital raise money and bring food for the patients. That didn’t happen as the visitors treated the patients like a sideshow. They laughed and jeered, poked and teased the patients and threw things at them, inciting them to acts of madness. Bedlam was part of the tourist trail and these visits continued from 1720 – 1770.
In Mistress of Merrivale, Jocelyn, the heroine resists her sisters’ attempts to place their mother in Bedlam. She hates to think of her mother in a place like this and makes a point of looking after her parent. As one of the conditions of her arranged marriage with Leo Sherbourne, she insists he give her mother a home with them.
Elizabeth Townsend is spared from residing at Bedlam.
Bedlam was a tourist site during the 18th century. If you were to visit London either during the 18th century or now, which tourist site would be on your to-do list? 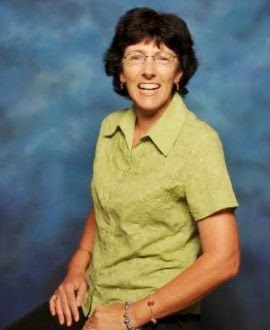 Shelley Munro is tall and curvaceous with blue eyes and a smile that turns masculine heads everywhere she goes. She’s a university tutor and an explorer/treasure hunter during her vacations. Skilled with weapons and combat, she is currently in talks with a producer about a television series based on her world adventures.