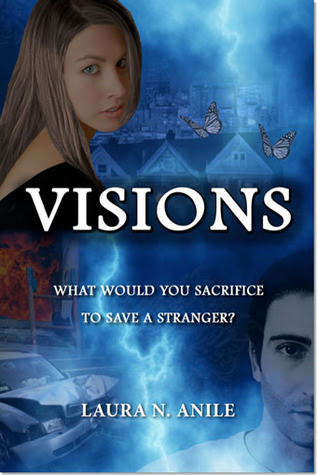 What would you sacrifice to save a stranger?
Isabel Cartier is career-driven and a little self-obsessed. Her future has been carefully planned—until something mysterious happens. When Isabel begins to experience premonitions of strangers in potentially life-threatening situations, she must decide what she is willing to do—and sacrifice—in order to save the people in her visions.
As her premonitions progress, the level of risk to her own life escalates, and she’s thrown into an unknown world that will put more than just her career in jeopardy.
It is only when her life spins out of control that she is able to take chances that she never thought possible—including opening her heart to love.
There's Matt, the handsome stranger she saves from a terrible accident. But will she ever see him again? Then there's Jeremy, her thoughtful neighbor who's down on his luck. Both will shape her path and leave her breathless. But it’s another man, who she sees in her visions over and over again, who will leave her questioning everything. Does he have nine lives, or is it up to Isabel to figure out the parameters of a game she doesn't quite understand in order to truly save him?

Visions follows Isabel’s journey to find out if she has the courage she needs to save the people in her premonitions, and how, ultimately, their lives are intertwined with hers.

This sounds like a thriller. How would you describe the book?

The drama and risk involved in her premonitions escalates as the story unfolds, testing her resolve. Her other visions are far less intense – things that would be plausible on a more regular basis.

It’s not actually a thriller – it’s about her opening up to possibilities she never thought possible, and explores how she’s connected to the people she sees. It’s about her struggle to deal with these unexplained events and the choices she needs to make, ultimately redefining the person she wants to be.

And there’s a love interest or two thrown in :-) Who doesn’t love a good romance?

The concept of the book makes you wonder just what any of us would do if we had similar premonitions. Would we ignore them or go out of our way and risk our lives to save the people in them?

That’s the question! The premonitions that Isabel experiences start off small and end up becoming increasingly challenging and risky. She needs to throw all of her previous ideas and plans out the window and discover what she’s really made of – and what’s really important to her.

She starts off seeing everything in black and white and is thrown (against her will) into a world of gray. The more she sees in her visions, the more she’s forced to start looking within. She’s obsessed with trying to work out the rules, when really, there are no rules. She has to learn to stop thinking and just start feeling.

Are any of the characters or events based on real experiences?

One of Isabel’s premonitions is actually based on a real event: a car accident I witnessed from my office window. The car ended up on the sidewalk and it was a miracle that no one was seriously injured. I guess it stuck in my mind. Of course, in Isabel’s premonition, one of the pedestrians wasn’t as lucky.

Where is the book set?

Mostly San Francisco, which I think is an ideal backdrop for the story. But Isabel travels to Florence, Italy at the beginning of the book, and four of the chapters are set there. I was actually in Florence when I wrote the first draft of those chapters, so I was feeling inspired :-)

Speaking of inspiration, what inspired you to write the story?

I was intrigued by the idea of how someone would react in these types of circumstances, especially if that person was the opposite of someone you’d expect to be open to it. Could they dismiss it or ignore it if they saw someone in danger? Would they feel compelled to act? How would the people in their visions be connected to them? What price would they be willing to pay to save someone?

I’m fascinated by the concept of fate versus choice, and the course of our lives being a tapestry with so many unseen threads tying it all together. Who controls the strings?

Having the ability to see into the future opens up a world of possibilities, but it would come at a cost. Especially if you couldn’t control what you saw, or when. I wanted to explore the contradictory effects of having that kind of ability.

I like the idea that nothing is what it seems. And just when you think you have it all figured out, the tables turn. What is the purpose, how much control does she really have and, in the end, who is it that is really saving who?

Plus, I like the idea of the girl being the one to save the guys for a change! ;-)

Why did you choose this particular genre?

I love the fact that anything is possible within the paranormal genre. And I’m intrigued by characters who have special abilities. When you can do anything or be anyone, who do you choose to be? There’s always a cost to the power that these characters wield, and I wanted to explore both sides of the coin.

Can you tell us about the next book in the series?

The next book is called Dangerous Games. I can’t give too much away or it will be a spoiler for the first book, but here’s the tag line for Dangerous Games:

‘Being gifted can be dangerous when the wrong people discover your secret.’

There’s a short description at the end of Visions, so readers can find out more without spoiling the ending.

Giveaway of an ebook copy of Visions 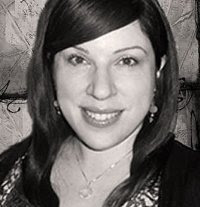 J. A. Huss likes to write new adult books that make you think and keep you guessing. Her favorite genre to read is space opera, but Laura has had a lifelong love of writing, which she explored in a successful marketing career before penning her first novel. She is fascinated by the ideas of fate and interconnectedness, central themes in her story. She loves all things humorous, laughs too loudly and finds her own jokes amusing. She has a passion for traveling and exploring the world but has a phobia of suspect hotel rooms with questionable hygiene. And, oh yeah, she isn't clairvoyant and doesn't own any crystal balls.

In addition to 'Visions', she has also written a collection of short stories, entitled 'Unmasked Secrets'.