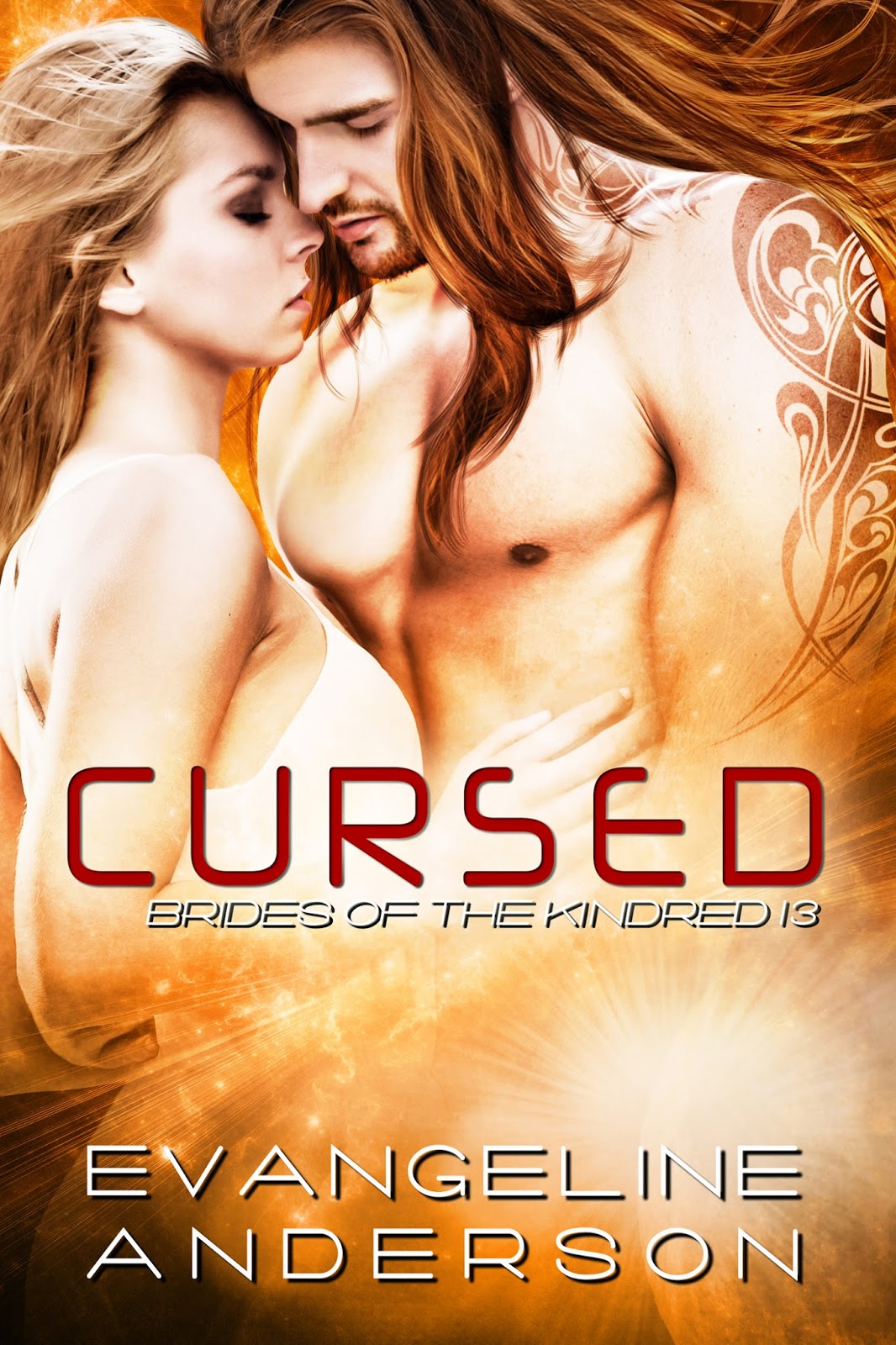 A fierce warrior, forced to feel the agony of others.
A girl with a past full of pain caused by his kind.
When the two of them go undercover on a dangerous mission will they bond?
Or are they Cursed to be apart forever?

EXCERPT
“You can put me down now.” Charlie’s heart was pounding—she wasn’t sure why. “I mean, I really am fine.”

The look in his eyes was beyond intense as he cupped her cheek.

“But…” Charlie started to protest, her heart pounding.

“Open to me.” His voice had gone deep and soft and commanding. “Open  and let me heal you, Charlotte.”

“I…” But further words of protest seemed to die on her lips as he bent her over his arm and sealed his mouth to hers.

Charlie gave a little gasp as she felt his lips press gently but firmly to hers. Then his tongue was there, tracing the seam of her lips, seeking entrance. She wanted to pull away and cuss at him—tell him he had no right. Instead she felt her lips parting, allowing him in when she knew she shouldn’t.
He’s just healing me, she told herself desperately. It’s not really a kiss. But it certainly felt like one, especially when his tongue entwined with hers and he sucked gently, as though inviting her to explore his mouth as he was exploring hers.

Charlie gave a helpless little moan and took his unspoken invitation. God, his mouth was so warm and he tasted like cinnamon—cinnamon and some exotic mint she’d never had before. She could feel the edges of his fangs but this time he somehow managed to keep from cutting her with them even when the tip of her tongue danced dangerously over their razor-sharp points. The kiss went on and on and his dark, spicy scent filled her senses until Charlie felt like she was drowning in him, being completely consumed from the inside out. 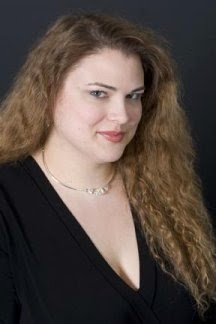 Evangeline Anderson is a registered MRI tech who would rather be writing. And yes, she is nerdy enough to have a bumper sticker that says “I’d rather be writing.” Honk if you see her! She is thirty-something and lives in Florida with a husband, a son, and two cats. She had been writing erotic fiction for her own gratification for a number of years before it occurred to her to try and get paid for it. To her delight, she found that it was actually possible to get money for having a dirty mind and she has been writing paranormal and Sci-fi erotica steadily ever since.
You can find her online at her website www.evangelineanderson.com
Come visit for some free reads and to find out what’s coming soon. You can also connect with her on Facebook, Pinterest, Goodreads, or Twitter.

Evangeline Anderson will be awarding $25 Amazon or Barnes & Noble gift card to a randomly drawn winner via rafflecopter during the tour
a Rafflecopter giveaway
at December 30, 2014