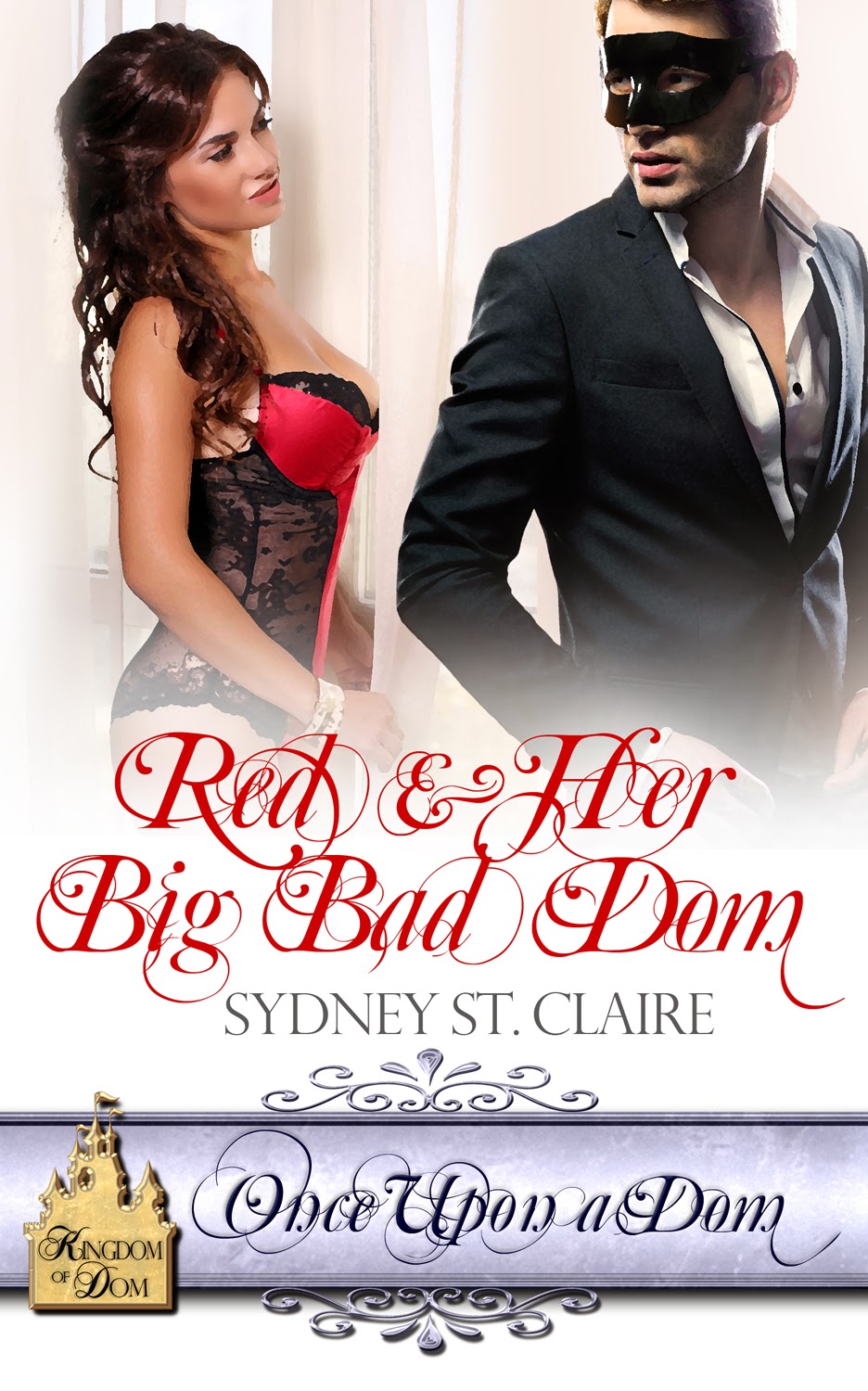 When it comes to her love life, Lucy Sanchez has one rule—no geeks. Not even rich, good looking geeks. She’s attracted to Graham but rules are rules. Besides, she has her wolf, the mysterious Dom who makes her blood sing. Then she’s invited to a fairytale event at Pleasure Manor and this Little Red Riding Hood plans to enjoy every delicious moment with her big, bad Dom.

Lucy stared at him. “I’ve never had a partner as good as you.”

He lowered his head and kissed her. “We fit.” Sex. Dance. And even their work, though she didn’t know that. So many things in common, like hiking in the woods, searching for and finding birds and other wildlife, not to mention some spontaneous sex. Hug a tree took on a new meaning. His heart ached for him to tell her the truth and claim her openly.

The music faded, and he leaned back. “Lucy—”

The sound of loud clapping broke the spell. He swung them around and saw the Queen Domme standing at the open doorway. “You two are magnificent.” She glided into the room.

He bowed. “Thank you, Glorie.”

“Tomorrow night, you’ll dance for us?”

Minutes later, tired but satisfied, Lucy’s wolf her back through the garden and down one of several paths that led into the woods. Each couple had specific routes and play areas so as not to disturb anyone else with their weekend.

Sydney St. Claire is the pseudonym of Susan Edwards, author of 14 Historical Native American/Western/Paranormal romances and the author of the popular “White” Series.

Sydney loves writing and sharing stories of love, happiness and dreams come true with her readers. She credits her mother for her writing success.  Encouraged to read as a child, she always preferred happy endings which meant romances were her favorite genre.  Sydney takes her readers into the world of erotica romance where her characters come together in explosive passion as they solve life’s problems and find true love along with the best sex our hero and heroine have ever experienced.

Sydney’s office is quite crowded with three dogs at her feet and five cats to keep her company while she writes. Three cats always insist on beds on her desk, barely leaving enough room for her monitor and keyboard. Life gets fun when all five insist on supervising…

When not writing, she enjoys crafts of all sorts including quilting, sewing, cross-stitch and knitting. She and her husband of 30 + years are avid gardeners. He takes care of the veggies, and Susan is in charge of the ‘pretties’. Her medicine wheel garden is in a contact state of war: flowers vs. weeds. Sadly, right now the weeds are wining…

While writing, she listens to a wide variety of music. Her current favorites are Blackmore’s Night and David Lanz.

The author will award a Once Upon a Dom Tote Bag: Tote Bag, Mug, Cap and Misc. goodies (US Only - Int'l winners will have a GC substitute) to a randomly drawn winner via Rafflecopter.
a Rafflecopter giveaway