This post is part of a virtual book tour organized by Goddess Fish Promotions. JoMarie will be awarding winner's choice of an eBook from Lachesis Publishing to a randomly drawn winner via rafflecopter at the end of this post.

Please note: This book is available for FREE everywhere it's sold -- buy links are at the bottom of this post, so grab yourself a copy!

Geoffrey Kane, Earl of Kanewood refuses to feel anything more than passion. Four years ago, his fiancée betrayed him and he has no desire to experience that again so when he meets the beautiful Rebecca Kingsley, it’s passion at first sight. And only passion.


Rebecca has led a very quiet life working for her father at a small country inn. When she meets Geoffrey she falls in love with him right away. But she’s only the daughter of a baronet and men like Geoffrey never marry country girls like her. Do they?


When Rebecca’s father tries to marry her off to a wealthy old man, Geoffrey intervenes and marries her himself. He wants her very much but he couldn’t possibly love her. Love is for fools. At least that’s what he tells himself. But a sinister enemy soon threatens to destroy all that Geoffrey holds dear, forcing him to face the truth. His marriage depends on it . . . And maybe even Rebecca’s very life.

After leaving the stables, Geoffrey located the innkeeper in an office off the foyer. Thomas Kingsley was a big man, well-dressed but thick through the middle. Gray hair curled over his wide forehead, nearly obscuring his brown eyes.


He smiled at Geoffrey as he greeted him, motioning him to sit. “Thomas Kingsley, proprietor of the Raven’s Inn.”


“Geoffrey Kane,” Geoffrey returned, omitting his title. He didn’t much feel like a peer at the moment.


“Well, sir, I need a room for a few days, and stables for my two horses. I’ve left them with your groom down at the stables. I hope I’m not being presumptuous.”


Thomas shook his head. “Not at all. I trust you found them satisfactory?”


Thomas’s chest swelled at the praise. “I hope you won’t find me immodest, but my two-legged patrons are treated to at least the same quality of lodgings.”


Geoffrey nodded. “I’ll take a room then, and my driver should have accomodations, as well.”


When that business was concluded, Geoffrey took his satchel up the narrow staircase and located his room. The upstairs hallway was narrow, with rooms located on either side. At the top of the stairs, Geoffrey turned left and strode down the hall. He found his room elegantly furnished, with a large bed taking up one side. The other was fashioned into a sitting area of sorts, with a plumply upholstered armchair and padded footrest. A mirrored washstand stood across from the bed and a privacy screen stood folded nearby. A small wardrobe completed the furnishings, standing open to receive his clothes.


He hung up his few jackets and shirts, and placed his spare boots on the bottom. “Meager wardrobe, Kane. Good thing your valet is at Kanewood.”


His stomach growled, reminding him he’d missed the nooning meal. He glanced at the clock on the bedstand, surprised to see it was nearly six o’clock. Thomas had told him that dinner service began at six, so he washed his face and carelessly ran a comb through his hair. He glanced in the mirror and saw that a light stubble darkened his cheeks and his blue eyes looked tired. “You just shaved this morning, fop,” he told his reflection. “I’m hungry.”


He changed his shirt for a clean one and shrugged back into his jacket. It was still a bit crumpled but would have to suffice. Who knew how long he’d be stranded here? Somewhat satisfied with his appearance, he took himself downstairs to the dining room.


Geoffrey entered, finding it furnished in the same simple elegance as was his room. The polished floor shone. The round tables were covered with fine white cloth. The place was nearly filled and two or three patrons sat at each occupied table. According to Thomas Kingsley, only half of the diners would be staying in the rooms abovestairs. It seemed the cook was famous in the nearby town and many an unattached man took his evening meal at the inn. Geoffrey located an empty table and sat.


The meal was simple, but it smelled glorious. Apparently, tonight he could look forward to a hearty meal of roast beef with potatoes. He could almost taste the thick gravy covering each helping.


A buxom serving girl bearing a loaded platter sashayed over to his table, her red ringlets bouncing with each step. She stopped in front of him, favoring him with a smile that showed a dimple in her cheek. “I’m Emmy.”


Geoffrey let his gaze fall to her bosom, which was very nearly in his face. “Emmy.”


She set the platter down and placed a hand on her hip, regarding him closely. “Will ya be wantin’ anythin’ else?”


He brought his gaze back up to her face, blinking at the invitation in her brown eyes. He smiled at her and shook his head. She turned away and he watched her bottom as she bent over a nearby table. Perhaps he’d try out the fine bed upstairs with the wench. He soon saw that she favored all of the male customers with the same familiarity. Laughing to himself, he picked up his fork to start on the appetizing meal before him. He nearly dropped it when he spotted the dark-haired girl coming from the kitchen.


She moved with an easy grace through the dining room, her glossy black hair catching the light given off by the candles. Curls framed the perfect oval of her face and teased the back of her neck. Her simple gown hugged her lush figure, the skirt swaying over her hips as she walked. She carried a pitcher of ale, and Geoffrey couldn’t take his eyes off her as she moved from table to table.


A man’s voice broke through his reverie. “Fetchin’, ain’t she?”


“What …?” He hadn’t even noticed the gray-haired man who joined him at his table. “Yes.”


“Peter Jenkins is the name,” the slight man offered. “How do you do?”


The older man gave a flick of his head in the girl’s direction. “She’s Kingsley’s daughter.”


Geoffrey raised an eyebrow at that. This beautiful creature was related to the florid-faced innkeeper? Impossible.


Just then, the girl approached the two men. Her mouth curved into a smile for the older man before she turned her attention to Geoffrey. Her rose-colored lips parted as she stared into his eyes for a long moment. “Blue.”


Geoffrey could only stare at the girl, dumbstruck. Her eyes were the color of emeralds, and sparkled as prettily. His gaze fell on her lips as she flicked her tongue over them. Desire shot through him, want like he’d never felt before. Once again, Peter’s voice broke in.


The girl, Rebecca, curtsied in greeting after a brief hesitation. She seemed as off-kilter as he felt, to his amazement. After a moment, Geoffrey stood and bowed slightly. “Miss Kingsley.”


Her voice suited her. It was soft and a bit husky. And damn sensual.


“Will you be staying with us long?”


She gasped softly, the sound no more than a whisper. “Well, do enjoy your stay,” she said, shyly returning his smile.


She stared up at him for a moment longer. Finally, she filled his tankard. With a nod of her dark head, she continued on through the dining room. Geoffrey sank back down into his seat, his gaze glued to her form.


Peter chuckled at Geoffrey’s obvious befuddlement. Geoffrey ignored him and turned his attention back to his meal. But because he stopped every so often to stare after the enchanting girl, Becca, his meal was cold by the time he finished. 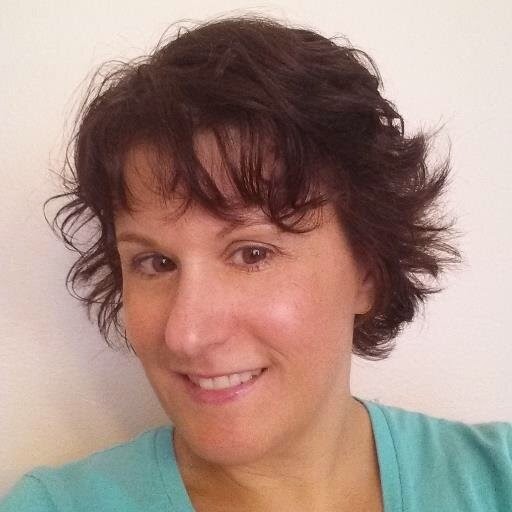