The year is 2071 and all hell has broken loose. As the government tries to control the territories that were once the United States, an armed rebellion erupts . . .

AWOL from her military post, Lieutenant Liz Grant will do anything for the rebels she now calls friends. Her latest mission: return to the Beta Corps army and obtain classified information that could turn the battle in the revolutionaries’ favor. There’s only one problem: Commander Linc Cutler.

Strong, coldly handsome, and always in control, Linc is perplexed by the beautiful soldier brought in for questioning. He doesn’t know if he believes her explanation for why she went missing. He only knows his intense sexual desire for her cannot be denied.

Squatting before me, Linc smoothed that wayward hair off his brow. “And you? What’s your story, Liz?”

The whisper of my name from his lips brushed against me like the feather-tips of a tender kiss. Beneath his steady look I felt my pulse speed up. “Getting my heart broken for me, that’s what I was doing during the Gay Plague.” I took a halting breath, tasting the mint of his mouthwash, smelling the cleanness of his soap and shampoo. “My family was destroyed, my mom and dad dead. Their deaths pushed me into the Corps so I wouldn’t be an orphan anymore. I still never . . .”

“Still never what?” Gone was the gruff commander. In his place was a man who stared so deeply into my eyes I was tempted to tell him everything.

I still never knew the kind of love my parents had had. “I still feel alone.” Offering something I’d never willingly told anyone, I felt my cheeks burn. I averted my gaze.

The gentle touch of his hand sliding up my arm to clasp my neck was more comforting than I dared to admit.

“I feel alone too,” he said. My eyes flicked to his where truth shined. “Perhaps not as alone with you.” He withdrew his hand slowly then rose to his feet.

Linc turned away and I could see the transformation into Beta Commander take over. He rolled his neck and clenched his fists, his posture as rigid as a board. When he swung around to face me again, his lips were firm and flat.

“We should get to work.”

A Yankee transplant via the UK and other wild journeys, Rie happily landed in Charleston, South Carolina, with her English artisan husband and their two small daughters--one an aspiring diva, the other a future punk rocker. After earning her degree in Fine Arts, Rie promptly gave up paintbrushes and canvas for paper and pen (because she decided being a writer was equally as good an idea as being an artist, of course it was). That was fifteen years ago, her writing career started! With a manuscript of super epic proportions! Safely stored under a lace doily in a filing cabinet. Possibly in England . . .

Since then she's done this and that, here and there, usually in the nonprofit arena, until she returned to her dream of being a writer. Even though Rie basks in the glorious southern sunshine as often as she can, she's mostly a nocturnal creature adjourning to her writer's atelier (spare bedroom) in search of her next devious plot twist or delicious passionate tryst.

No matter what genre or gender pairing she's writing, she combines a sexy southern edge with humor and heart--and a taste of darkness. 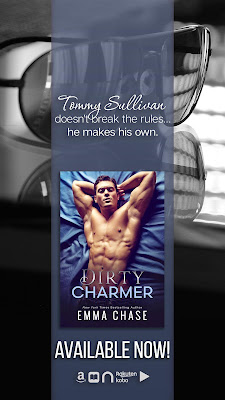