Spotlight: Through His Touch by Deborah Camp[+giveaway] 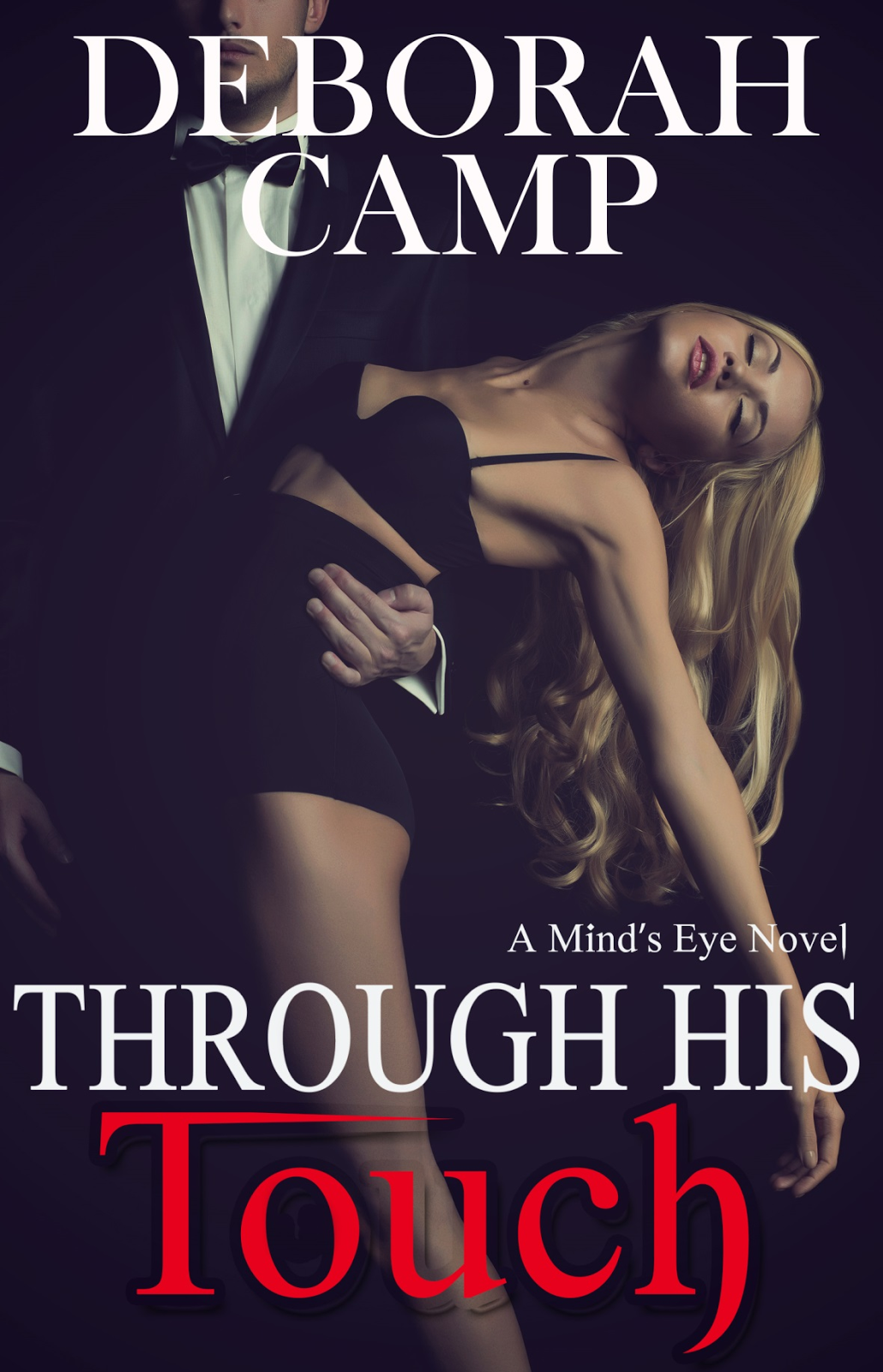 . . . to breach Levi Wolfe’s defenses and show him that his heart has nothing to fear from her.

. . . to protect Trudy’s gentle heart by keeping her away from his dark, treacherous past.

But is love enough when someone with a heart full of hate has chosen Trudy as the next one to die?

Will his touch claim her or kill her?

Levi crossed his arms and tucked his hands in his armpits in a stance that was clearly defensive. “With all of that shit going on, no wonder I dreamed of the box again. I haven’t had a nightmare about that place in a long time.”
“What’s the box?” Trudy watched with growing concern as his face tightened, jaw muscles flexed, and his eyes clouded with turbulent memories.
“A root cellar. A small place. Standing up, you could extend your arms out from your sides and touch the walls. It was cool and damned cold in there at night.”
“Where was this?”
“The Missouri Ozarks. Out in the wilds. It was a school set up on an abandoned farm property. They’d turned the farmhouse into a dormitory and the barn into a school.” He made a scoffing sound. “Not that they provided much of an education. Mostly, we read and memorized the Bible. There were classes in literature, English, math, a little science and geography here and there, but that was about it.”
“How old were you when you went there?”
“Nine. When I arrived I had just turned nine. I left when I was almost eleven to go to a school in Wyoming.”
“Nine.” She took up her own defensive stance, hunching her shoulders and rubbing her hands up and down her arms. Thinking of him as a nine-year-old being carted off to a place where he was schooled in a barn made her skin break out in gooseflesh. “I don’t know how your parents could send their little boy away like that.”
He gave an indolent shrug that she didn’t buy for one second. “They were trying to chase the devil out of me.”
“Idiotic,” she murmured.
“They put us in the box when we were bad.” One corner of his mouth lifted fractionally. “And I was bad. Bad to the bone.”
“What do you do that was so terrible?” She couldn’t imagine any sane reason to put a child down into a hole.
“I refused to say that my father was right and that I was a liar.”
“About your psychic abilities,” she clarified. “So, it was a religious thing with your parents? They truly felt that your abilities were a sign of evil . . . of the devil?”
“That’s what my father thought . . . or that’s his story and he’s sticking to it.” A quick, half-smile flitted across his lips. “He’s an intelligent man, so I’ve always believed that he’s mainly intimidated by my abilities. He’s a classic narcissist. Therefore, it must be impossible for him to think that I can do things he can’t. As for my mother?” He gazed up at the stars and violet shadows caressed his achingly handsome face. “I don’t know. She probably wished I’d just tell my father what he wanted to hear and do what he said to do. That’s what she did. She went along with whatever shit he shoveled out.”
She wanted to touch him. No, she wanted to hold him, but she stood still as her heart constricted with pain for him. She wanted to cry, but she knew he didn’t want her tears, so she swallowed the burning ball of emotion in her throat. He was talking and she was grateful, but what he was saying was difficult to hear. His upbringing had been a long nightmare from which he couldn’t awaken – and he was just scratching the surface. That’s what bothered her more than anything. His traumas ran deep. Soul deep.
“And the box?” she asked in a whisper. “How long did they keep children in there?”
“An hour at first. Then hours. I graduated to all day and then to all day and all night. The nights were the worst. It was cold in there and black as pitch. That’s when the rats would come out.”
Trudy couldn’t stop the shudder that shook her from head to toes. She cleared her throat. “R-rats?”
“Big mother-fuckers. Of course, I was only a kid, so they seemed like they were the size of Volkswagens. I couldn’t see them, but I could hear them scurrying around and I could feel them. They’d run across my feet. One of them jumped on my shoulder and bit my neck. I screamed and screamed. Screamed my fucking lungs out that night.” He glanced at her from the corner of his eyes. “That’s why my voice is husky. I damaged my vocal chords. I couldn’t talk above a whisper for a couple of months after that and my voice never fully recovered.”
“I love your voice,” she said, the declaration lifting from her heart onto her lips.
“Really?” He shook his head and sent her a baffled grin. “I think I sound like a bad actor doing a commercial for sore throat lozenges.”
She shook her head and decided to allow her heart to keep talking. “Your voice matches the rest of you. Sexy as hell.”
His arms slipped down his body and his shoulders lost some of their stiffness. He held out a hand to her. “Come here, you.” 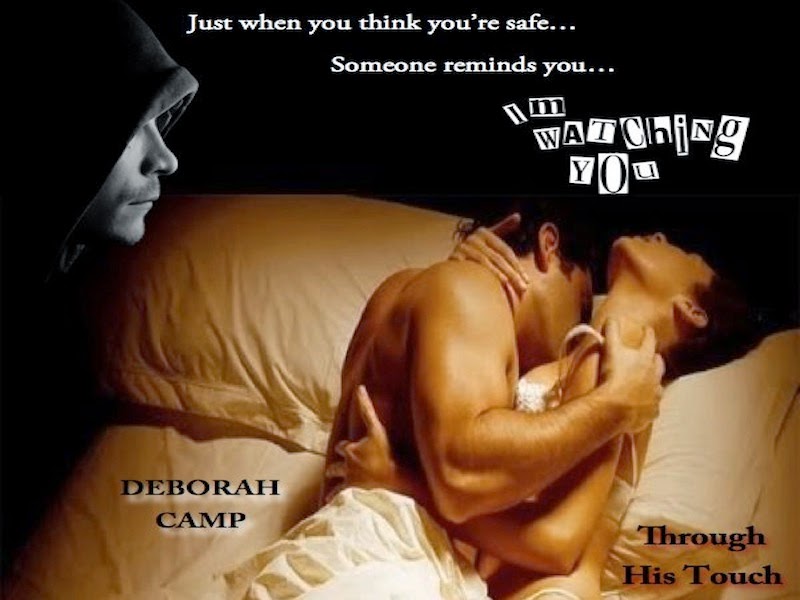 What Readers Have to Say About Deborah’s Book

Too Tough to Tame

"THIS IS A WONDERFUL BOOK."
The book is funny and touching. I have read this book over 50 times already and I never get tired of it. Tess is so cute while Storm is strong and loving. They made a great couple.  -- Amazon review from Snowstar

“Through His Eyes” 5 star Amazon Review….

“This book is amazing, Deborah Camp has written one heck of a sexy thriller! How can you go wrong with two sexy psychics and a serial killer? Levi and Trudy both have abilities, Levi can talk to the departed and Trudy can see right into a killer’s mind. The question is how far can he see back into hers? Follow these two as they scorch the pages in the bedroom and the high octane roads it takes to catch the killer before Trudy is the next one on his list. These two are so hot, I thought I was going to have flames shoot out of my Tablet. That little hook at the end will have you waiting as impatiently as I am for the next Deborah Camp Novel.”-- Lia Hearn

"ONE OF THE BEST!"
One of the best romance novels I have ever read. There is excitement, sadness, and passion in this book. I know I have read this book at least five times since I bought it.
-- Amazon review by S. Ceballos

"FIVE STARS!"
I really enjoyed this book as it was one that kept you guessing most of the time.
-- Amazon review from Phyl

"FIVE STARS!"
I found it hard to put down. It made me realize how things were in those years (long before I was born). I looked for more books by the same author.
-- Amazon review from C. Schmidt 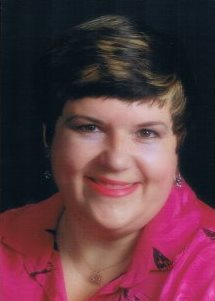 Author of more than 40 novels, Deborah lives in Oklahoma. She has been a full-time writer since she graduated from the University of Tulsa. Her background as a reporter for newspapers helped her to write fast and enjoy research. After she sold her first few books, she quit newspaper work to become a freelance writer and novelist.

Deborah's first novel was published in the late 1970s and her books have been published by Jove, New American Library, Harlequin, Silhouette, and Avon. She has been inducted into the Oklahoma Authors Hall of Fame and she is a charter member of the Romance Writers of America. She is also a member of the Author's Guild. She was the first recipient of the Janet Dailey Award.

Lover of the west and the people who tried to tame it, Deborah likes to write about strong, independent women and the men who are their equals. She grew up on a diet of TV westerns which have served her well. Living in Oklahoma has also been a godsend. Since she appreciates men with devilish twinkles in their eyes, she likes to mix laughter in with the love scenes in her books.

Also widely published in non-fiction, she and writes and edits for a magazine focused on small businesses. Deborah taught fiction writing for more than 10 years at a community college. She has been a guest speaker at numerous writers’ conferences, including Romance Writers of America (RWA), Writers, Inc., and the Oklahoma Writers Federation, Inc. She has served as a judge in numerous writing contests throughout the United States and has judged manuscripts in RWA’s Golden Heart Awards and RITA Awards. She is currently working on her next historical romance set in the wild, wonderful west.

In 2012 her books were re-issued on Amazon for Kindle Direct and have attracted tens of thousands of new fans. Her books have made the Amazon bestseller list and “Too Tough To Tame” hit the #1 historical romance spot for Kindle Readers.