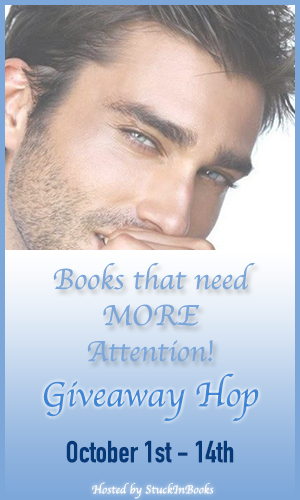 The moment I saw sign-ups for this hop I knew I had to participate and I knew which books I wanted to showcase. Let me present to you: 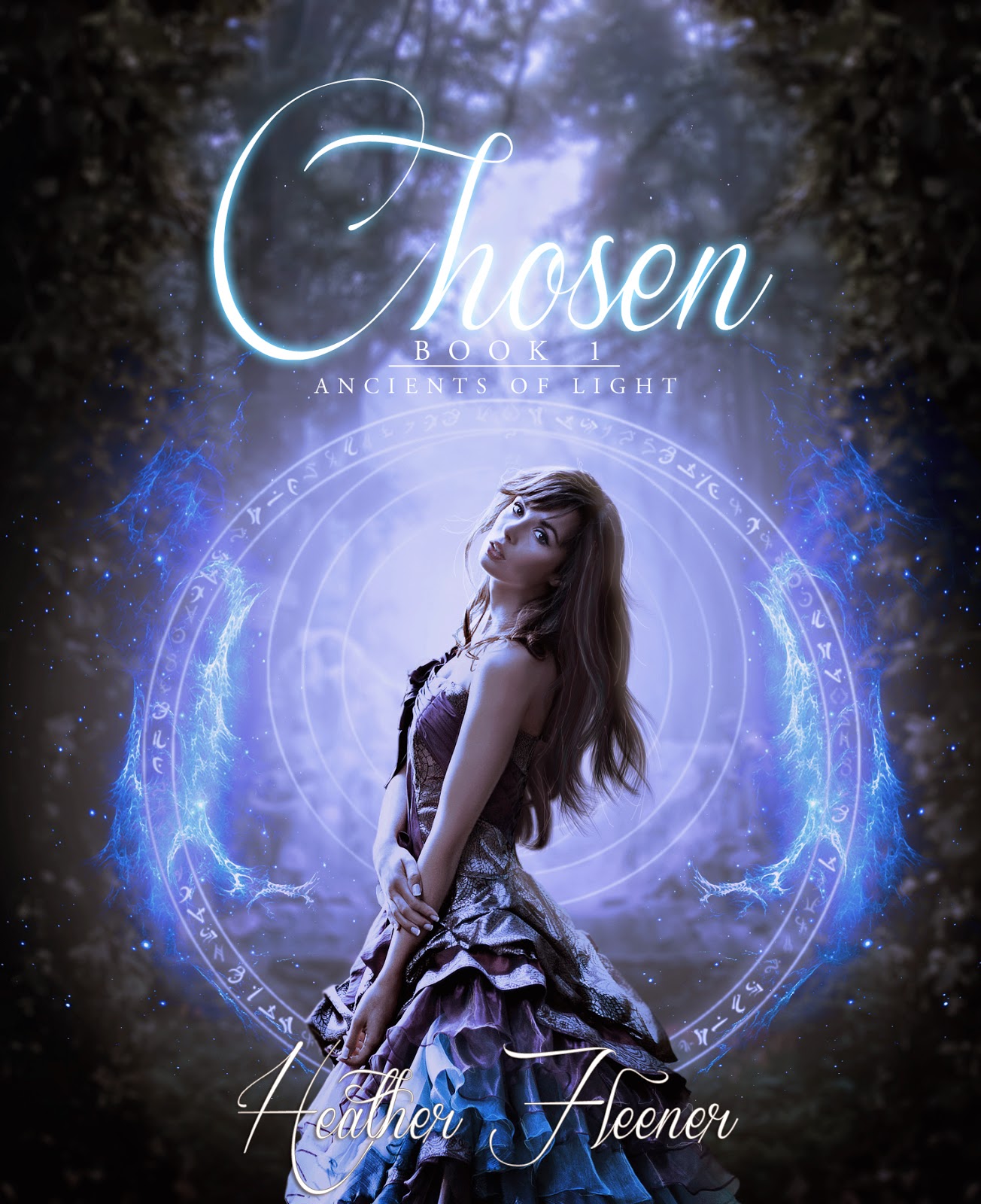 In the beginning...there were Vampire
Man’s fall from grace sparked the birth of the Dark creatures from the underworld. To counter the explicit threat to mankind, divinely-created immortals were brought forth. The Witch encompassed seven Castes of power; their magic was most effective against the nefarious agenda pursued by the evil ones.
She is Chosen
Kaitriana’s gift of magic is unrivaled. A descendant of the most powerful Ancient in existence, her birth was foretold ages before her time. Destined to lead the Witch faction, she is betrayed by her own kind, destroying her birthright and all hope of delivering the Realm from the sinister shadow of the Ancient Dark.
He is the Key
Lorcan is a mighty warlord in the Vampire species. His animosity towards the magical immortals is personal - his mother was their Queen. Having long since severed all ties with his former kin, his existence remains plagued by the repercussions of her treachery and a secret that threatens to be his downfall.
They are the Prophecy
An arcane prophecy from the time of the Ancients proclaims that only two in all of creation can bring peace to the Realm. When Kaitriana miraculously appears seeking his protection, Lorcan must forsake his duty and disregard the dictates of his breed to shelter the female. Together they must combat the Ancient Dark and surmount the forces within their own factions that would oppose the Prophecy. Their fates have always been entwined and only when joined can they triumph over a blood feud that has shadowed the Light for millennia.
Buy from Amazon or BN or Kobo or Smashwords 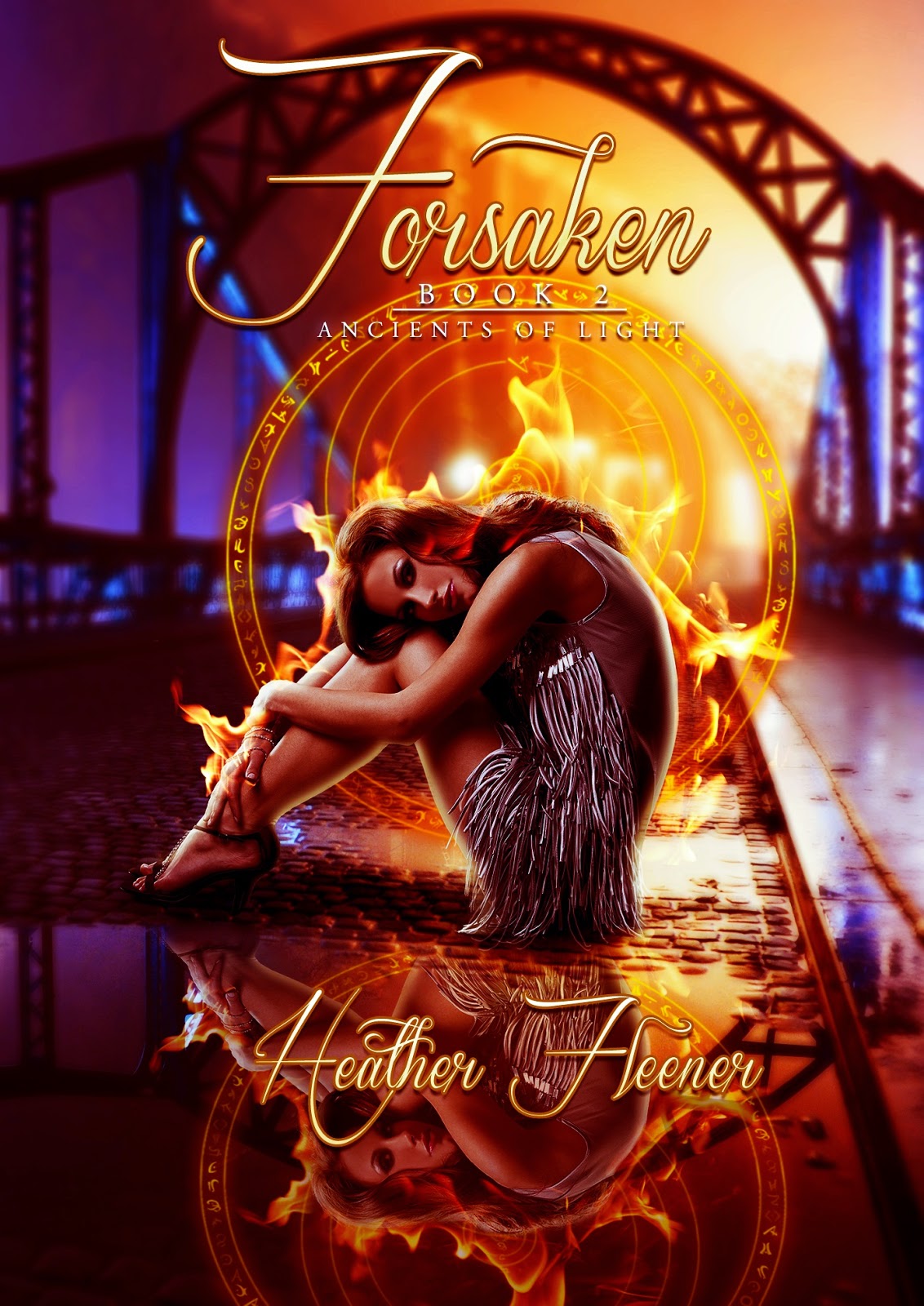 The Prophecy Will Be Fulfilled
Ancients were created in the beginning of the age of man. The Vampire were birthed by the underworld after mankind’s fall from grace to destroy what remained of God’s people. This threat to Creation was countered with divinely-breathed immortals. The Witch were most effective against the nefarious agenda pursued by the evil ones. An arcane Prophecy proclaims that the divine purpose of the Ancients of Light will be fulfilled, beginning with the rise of the Chosen. Now the Queens will join her…
Fire is her Destiny
Ella long ago determined she would not live a life where magic defined her. Feeling no kinship with her Caste, she walked away from the Realm and its conflicts. She found acceptance and fulfillment in her life amongst the mortals and is on the brink of achieving her dreams.
Darkness is His Curse
Nicholas is the most revered warrior in the Darks’ army. His personal animosity towards the Light drives his existence and draws him to the one Witch he is set on controlling. Nicholas knows the reasons that Ella never found acceptance within the Fire Caste of Witch and he will use that knowledge to pursue his Dark agenda.
When Light and Dark Collide
Despite her origins, Nicholas discovers more in Ella than just a powerful Fire Witch, leading him beyond the Dark evil that has plagued him for eight centuries. Ella disregards the inherent calling of her breed for the only true belonging she has ever experienced, the love she finds with her Dark Vampire. The beginning of the very Prophecy that will save the Light tears the pair apart and the fallout threatens their existence. When two of the most powerful immortals on opposite sides of Realm collide in divinely-inspired fate, neither will escape unscathed. Only when the Forsaken finds grace will Ella and Nicholas be able to fulfill the destiny that has always been meant for them.
Buy from Amazon or BN or Kobo or Smashwords 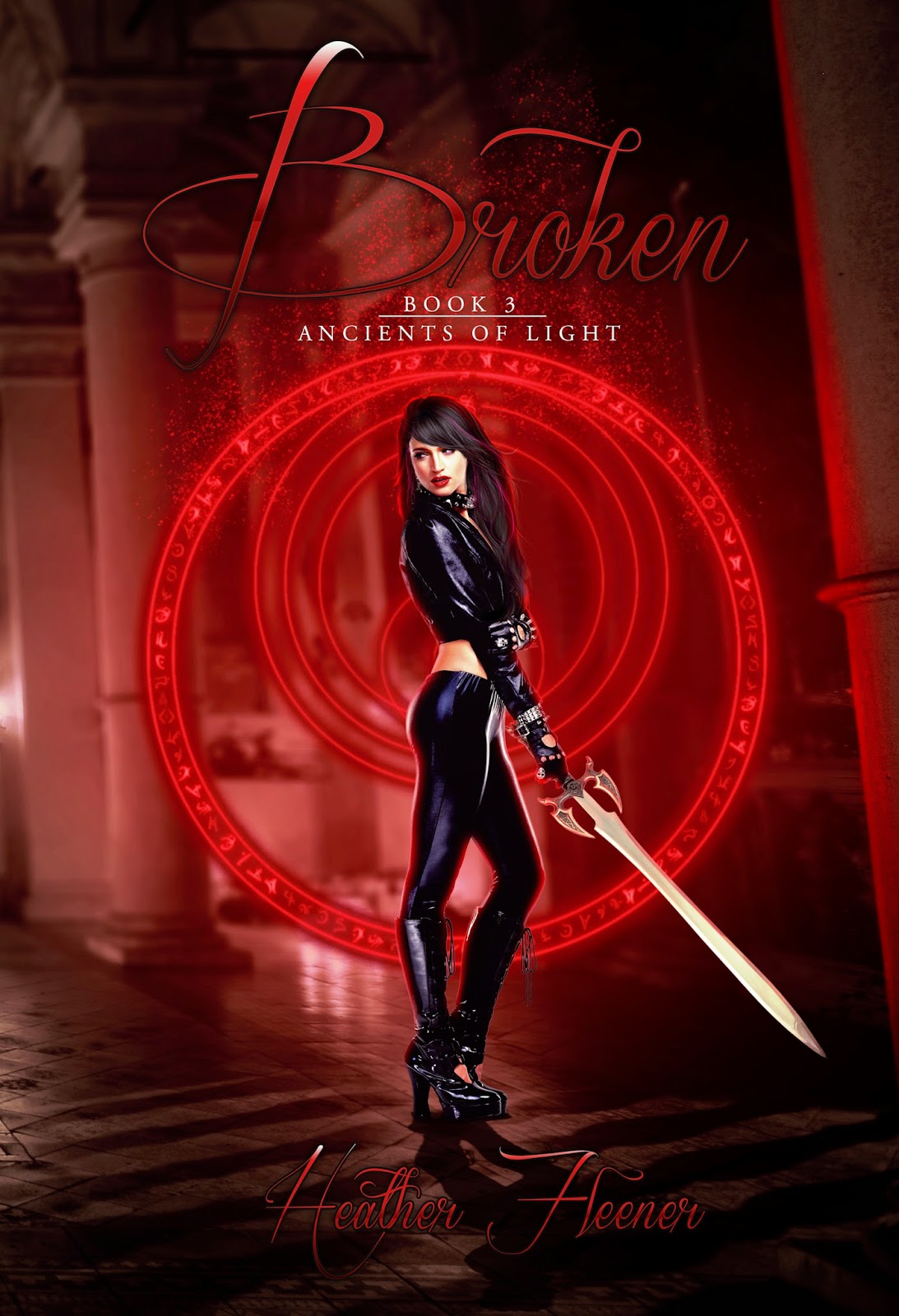 The Light’s Duty to Protect
A war over the fate of mankind sparked the creation of the Ancients - Light and Dark - one divinely-created guardians, the other hell-spawned killers. The conflict raged within the Realm for millennia, neither faction triumphant in its purpose. In recent history the Darks have adopted a more surreptitious path - the boom of technology allowing the Dark One to insinuate himself into the midst of those he would most like to destroy. Tragic consequences result when the Ancients of Light pursue the Darkness into the Outer Realm. The Prophecy continues…
Darkness Claimed Her Soul
The adversity of Kylie’s youth forged an indomitable spirit. A vibrant and strong woman determined to plot the course of her life with room for nothing beyond the next measure of success, Kylie believed in only herself, and most certainly neither destiny nor love. All those tenants were derailed with a single encounter, but the same man that tempted her to live again drew her into the middle of an aged war, the consequence being her own destruction, plummeting her into a hellish existence.
A Warrior Haunted by His Failure
Sayer’s mission was only to foil the latest plan of the Darks in the Outer Realm and return a few Vampire to Hell. Finding a perfect mortal that tempted him beyond all reason was an unforeseen complication. Just when Sayer realizes that his eternity is meant for one alone, Kylie is destroyed and the loss drives him to the pits of despair, revealing events of the past that would best remain buried.
Tragedy will Reveal Those of Divine Purpose
Sayer’s appearance in her life was the catalyst to fulfilling a destiny that existed since Kylie’s creation. Their fate thwarted by Darkness, both shattered by tragedy, Kylie and Sayer must return to the love that once was while finding absolution or perish apart. Only once all that was broken is returned to unblemished will God’s own Warriors rise. The beginning of the beginning…

Buy from Amazon or BN or Kobo or Smashwords 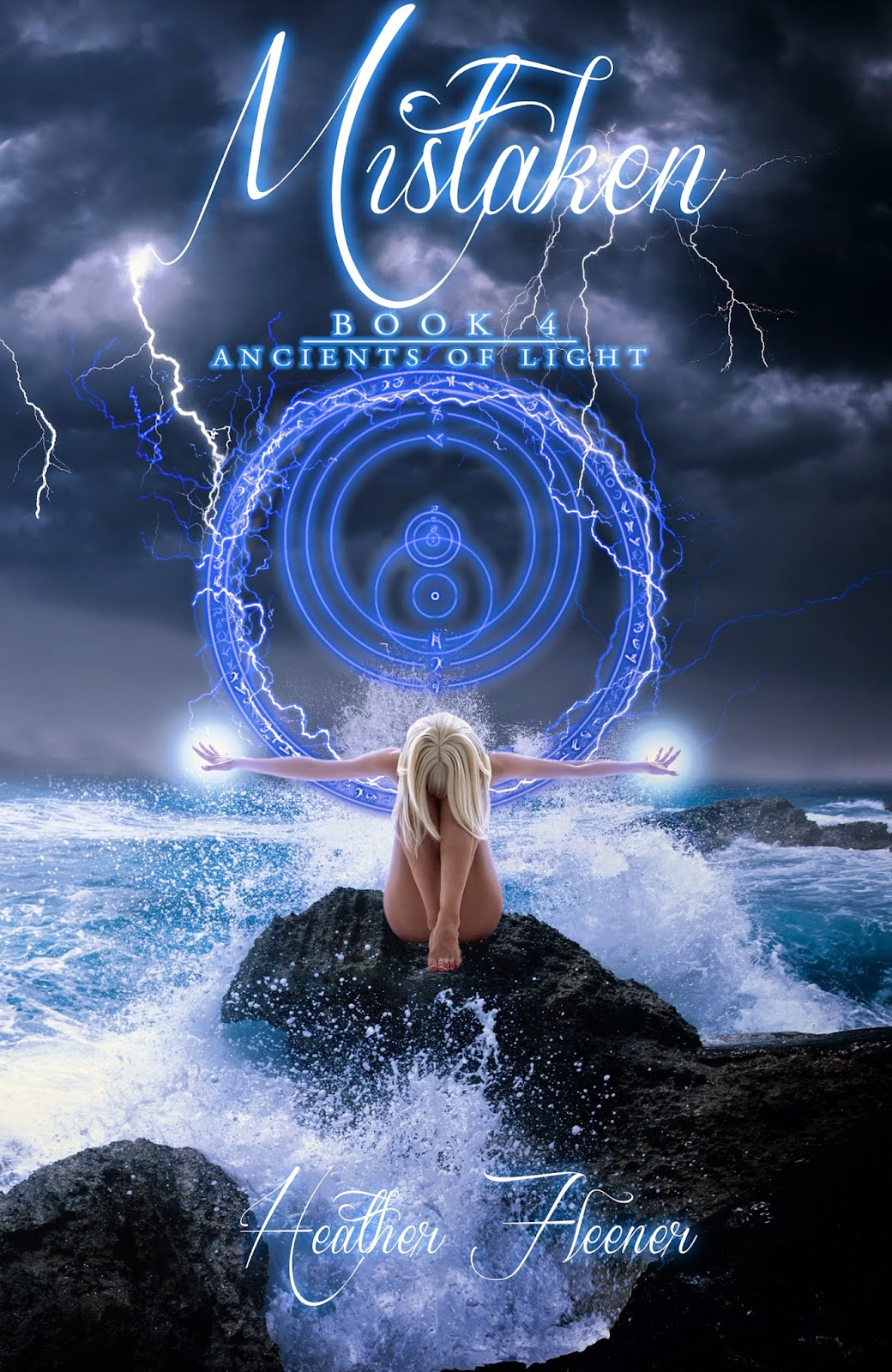 
Sworn to their purpose, the Vampire and the Witch were created to battle over the fate of mankind.
He was the First
Until one Vampire sought a Higher Purpose.
She was the Beginning
And one Witch’s faith brought Darkness into the Light.
Their love would turn the course of the Ancient War…
Before the Prophecy, an Ancient Queen and the Vampire she loved would forge the path for those that would follow.
Buy from Amazon or BN or Kobo or Smashwords
Available in Print
Amazon or Createspace 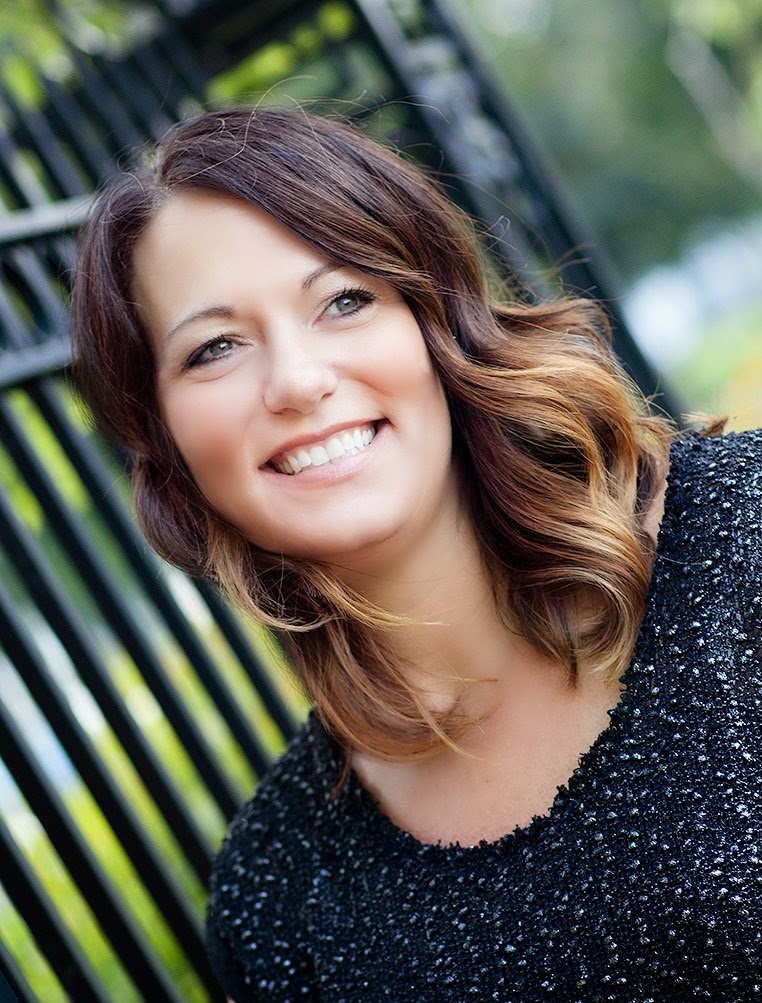 Heather Fleener lives in Indiana with her husband, D.A. and their twins, Thomas and Alexandra. Professionally she has spent her career working in the area of Intellectual Property law.
Reading has been a passion of hers since she was young and she has adored romance novels her entire life. The romantic styles of Judith McNaught and Julie Garwood are her inspiration, though she has read and loved the stories of countless other authors. Her fascination with the paranormal began to form at the young age of six, watching late-night ghost and vampire movies with her Grandpa. Unfortunately, as a result, she also remains afraid of the dark to this day.
Combining her love of epic romances and the supernatural was a natural progression for her overactive imagination. When the idea for the Ancients of Light series began, it was an abstract story line rambling around in her head to help kill a few miles on the treadmill. As the stories and plotlines continued to grow, it finally became necessary to put the words to paper and build the characters that had been living in the Realm and having conversations in her head for months.
The series is a testament to many miles on the treadmill and lots of characters that insist on having their stories told.
You can find here here:
Amazon: Amazon - Heather Fleener
B&N: Barnes and Noble - Heather Fleener
iTunes: iTunes - Heather Fleener
Website: AncientsofLight.com
Facebook: Facebook/AncientsOfLight
Goodreads: Heather Fleener
Twitter: HeatherFleener
Blog: Fangs&Broomsticks
Pinterest: Ancients Of Light Boards
Google+: +HeatherFleener