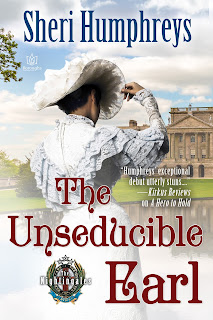 BLURB:
When an earl who’s given up on love and has settled on an engagement to a darling of society
falls for a Crimean War nurse, he must either forsake his love or embroil them all in scandal.


EXCERPT:
The earl turned his head. Their gazes locked. For a moment she was privy to his rage and stark pain. Then his lids closed, his fingers spread, and his shoulders lifted with a huge breath. She moved forward. His eyes, when he opened them, were neither green nor brown nor blue, but an intriguing blend of all three, putting her in mind of the colors of a clear stream. The raw emotion she’d glimpsed was gone. A composed man stood before her. A man lauded for clear-thinking leadership, whose parliamentary speeches were quoted in The Times.
“Miss Thorne?”
“Yes, I’m Victoria Thorne. How do you do, your lordship.”
He gave a short nod. He appeared exhausted. Dark smudges marred the skin below red-rimmed eyes and creases bracketed his wide mouth. Though fatigue radiated from his face, itdidn’t detract from his pronounced attractiveness, in part bestowed by a fine, straight nose and strong jaw. Thick auburn hair swept back from a wide forehead.
“My apologies, ma’am. I wouldn’t have chosen such an introduction to Cheriton Court. I deserve to be relegated to barbarian, but I hope you’ll withhold judgment.”
“Perhaps you had good reason, sir.” The little bit she’d overheard made her think it likely.
His jaw bunched. “Yes. Only it’s kept me away from my brother’s side too long.” He turned toward the door. “Please, come with me. I need your help.” 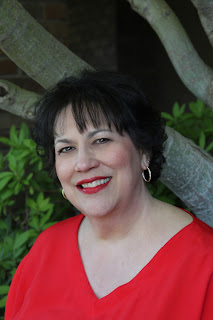 Sheri Humphreys used to be an Emergency Room nurse, but today applies bandages, splints, and slings to the characters of her Victorian romance novels. She loves to ignore yardwork and housework and read—usually a book every one to three days. Having conjured stories in her mind her entire life, she wondered if she were normal. Then she began putting stories to paper
and became a two-time Golden Heart® finalist. She lives with a Jack Russell mix rescue, Lucy, in a small town on the central California coast.

A Hero to Hold received a prized Kirkus Star and was named to Kirkus Reviews' Best Books of
2016.
website: sherihumphreys.com
facebook: facebook.com/SheriHumphreysAuthor/
twitter: twitter.com/sheri_humphreys
Buy Link:
http://boroughspublishinggroup.com/authors/sheri-humphreys
~~~~~~~~~~~~~
GIVEAWAY
Sheri will be awarding a copy of <i>A Hero to Hold</i> and $15 in Boroughs Bucks to 2 randomly drawn winners via rafflecopter during the tour.
a Rafflecopter giveaway