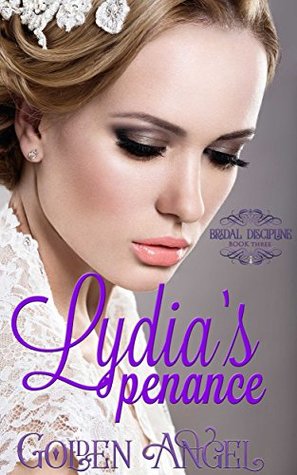 When her home situation becomes unlivable, Lydia hopes to escape through a marriage and her qualifications for her new husband are not long. She's not looking for love, passion, or even fidelity but just a man who won't abuse her. When she overhears the Duke of Manchester declare to his brother that he doesn't care who he weds, it seems like her prayers are answered. The Duke is powerful enough to protect her, has a reputation as a good and honorable man, and doesn't care who he marries. Unfortunately she's a too-old bluestocking with nothing to tempt a duke into wedding her, and desperate times call for desperate measures. When Isaac finds himself trapped into marriage with a grey-eyed beauty who used underhanded and dishonorable means to secure his hand, at first he's not quite sure what to think. His new wife is a study in contradictions and, even worse, she's keeping secrets. His carefully controlled world is making less and less sense, and his duchess is spending more time over his lap - in a distinctly un-fun manner - than he would like. Lydia wasn't looking for love, but the more she comes to know her husband, the more her own feelings grow for him. Isaac could never trust a woman who trapped him, but what if she had good reasons for doing so? What if, despite her secrets, he fell in love with her?

This story is about Isaac, we saw him in the other books, and Lydia. She has a problem, namely her stepfather who's a drunk and a creep, so she thinks her only solution is to trap Isaac into marriage. Things go as she want, but she didn't expect them to end as they did. Isaac is a honorable man, so even though Lydia trapped him into marriage, he keeps an open mind. He also spanks her :D

I just love reading Golden Angel historicals, they are my favorite from what she writes(not that I don't enjoy her other books :)) ) I totally recommend this book and series to anyone who enjoys domestic discipline books set in Regency and Victorian Great Britain.