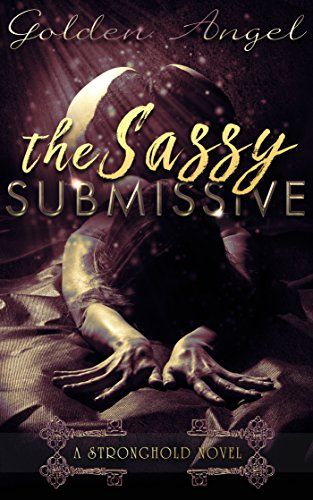 When Adam Rawn meets Mistress Angela at a new club called Chained, she describes herself as being new to the scene but insists she’s a Domme – so why can’t he get her out of his head? He’s looking for a submissive, not another dominant.

When Angel finally feels comfortable enough to make her way to Stronghold as a submissive and Master Adam recognizes the "Domme" he hasn’t been able to get out of his thoughts and Angel realizes the Master she was so attracted to is within her reach – even if he is awfully angry looking – the results are explosive.

Stronghold is the beginning of a spin-off series from G. Angel's "Venus Rising Quartet." It is not necessary to read the Quartet in order to enjoy Stronghold. Stronghold is a standalone book.

This is the 1st book in the Stronghold Doms series, connected to the Venus Rising series. You don't need to read that series to enjoy this book, but if you don't you'll miss some really great stories.

Angel is an unconventional person: she lives with 3 guys, one of her best friends is a guy, she doesn't want to have a 9 to 5 job, and most off all she scarily sincere. Adam doesn't know how to deal with that at first and seeing such a confident guy out of watter is hilarious. They find lots of common ground, though at first, they seem so mismatched.

The condoms thing is still not talked about, but the book was edited since I last read it in 2014. I loved rereading their story and I can't wait to catch up with this series.

-1* they never talked about condoms or contraception methods or, you know, if they got tested for STDs! I don't have this problem in UFs and PNRs since there the characters are either dead, need fateful females or their cycles happen who knows in how much time and their immune systems destroy everything; in HR it depends and I mostly turn a blind eye, even though I want to throw a party every time they talk about it... But in contemps it's unacceptable!
at December 21, 2017