Interview+Giveaway: How to Ruin Your Reputation in Ten Days by Harmony Williams 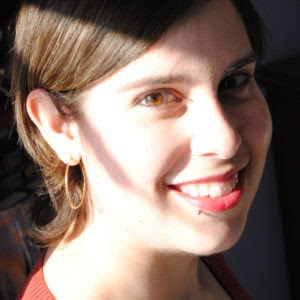 Harmony Williams has been living vicariously in Regency-era England since she discovered Jane Austen. Since time machines don’t yet exist, she’s had to make do with books—fictional and non-fictional. On the rare occasion she doesn’t have her nose stuck in a book, she likes to drink tea and spend time with her 90-lb lapdog. A feminist, she writes stories about strong women and the men who support them as equals.


Hi Harmony Williams! :) Glad to have you here.
1. Now, to start, what inspired you to write the Ladies of Passion series?
It all started, one chilly National Novel Writing Month, with my desire to emulate my favorite historical romance authors (Julia Quinn, Lynsay Sands, Sally Mackenzie, Kresley Cole). So, in 2009, I wrote the first draft of How to Ruin Your Reputation in 10 Days. Yes, the series started with book two, and was supposed to be a standalone. But Francine’s best friend happened to be married and in later drafts I gave her a second best friend, Mary…it evolved from there. I rewrote this book (and then submitted it) when I was in a dark place and in desperate need of a laugh and a happy-ever-after. How to Ruin Your Reputation in 10 Days will forever be the book that I turn to when I need my spirits lifted again, and I hope it will do the same to others in need.

2. How would you describe the story to someone who hasn't read it yet?
A lighthearted and fun friends-to-lovers romance featuring a shy, bookish botanist who turns a little wild when she reunites with her childhood best friend.

4. What do you think makes Julian appealing? How about Francine?
Julian is the hero I would love to find in real life. He is quick-witted, funny, teasing but good-natured. He is loyal, honorable, and responsible. Best of all, he is supportive of Francine. He acknowledges her expertise and intelligence, and unabashedly seeks her counsel when need be. He doesn’t pretend to know the answers or diminish her intelligence (both things I’ve sadly faced in my own life far too often).
I like Francine because of her quick wit and intelligence. She works hard and is the wallflower type who doesn’t think she is noticeable. She’s also kind of oblivious when it comes to romance. I like her because she’s a lot like me.

5. How did you create your characters? Were they inspired by real people?
Although my characters are not inspired by real people, I find that Francine is the heroine that I have written who is most like me. I’d like to hope that everyone will fall in love with her because of that! All my characters, Francine included, develop according to their environment and plot. I have an idea of who they are before I begin writing, but the bulk of their personality is defined during the first draft and revisions when I learn how they react to the obstacles presented to them.

6. What scene did you have the most fun writing? Why?
I had the most fun writing Francine and Julian’s first kiss (see excerpt). They’re best friends who have known each other since birth and when Francine decides that she wants to kiss a man, she turns to him for help. It is lighthearted and funny and always makes me smile when I read it over.


7. Why do you write historical romance?
I am a huge history buff. I love reading about the past and learning aspects of the culture and daily life. Regency England isn’t the only time period that catches my interest, but my great love of Jane Austen and the fact that How to Ruin Your Reputation in 10 Days refused to be ignored or set in any other time period led to me beginning my historical romance career in that era. If I ever write all my Regency ideas, maybe I’ll move on to another era someday!

8. How did you start writing?
The first story I ever remember writing was for a Grade Three assignment. My best friend challenged me to write a longer story. My story would have been pretty good if I hadn’t forced myself to continue it in the hopes of beating her. For the record, she wrote a page and a half more than me. In present day, I write thousands of pages more than her (since she no longer writes, we are still friends if you’re wondering!). Writing that short story opened a lot of possibilities for me and gave me an outlet for my love of fiction and my imagination.

9. Do you listen to music while you write?
Never. I need complete silence in order to concentrate and channel the characters.

10. Did you always want to be an author?
Yes. There were times I considered other careers as a Plan B, but writing has always been my passion.

11. Does your family read your books?
Yes! My mother more so than my father (who doesn’t typically read romance) and I get support from my sister as well. My grandmother, who passed away last year, was perhaps the biggest fan of my historical romances. She read every book I ever wrote, including an early draft of How to Ruin Your Reputation in 10 Days. She loved stories “about the old days” and was very proud of me. I miss her greatly.

12. What did you read as a kid?
Mainly fantasy and classics. The Chronicles of Narnia, the Lord of the Rings, all the Nancy Drew books, every book Tamora Pierce has ever written (I still do!). I was the girl standing outside a bookstore at midnight waiting for the latest Harry Potter book, and I loved Mercedes Lackey’s books set in Valdemar so much that when I was thirteen I wore only light gray for a year. (Herald Trainees wear light gray, in case you haven’t read any of her books!) I could go on.

13. Can you tell me some of your favorite authors? How about books?
Oh, boy. It’s going to be difficult not to write you pages on this. How about I just give you my favorites that I haven’t yet mentioned in this interview?
I’m a geeky girl, so I am in love with mysteries featuring socially awkward geek girls like me. My favourites: the Lexi Carmichael mystery series by Julie Moffett and the Geek Girl Mysteries by Julie Anne Lindsey.
I’m a huge fan of secondary world fantasies. Aside from Mercedes Lackey’s Valdemar and Tamora Pierce’s Tortall, I love Discworld (Terry Pratchett), the Spiritwalker trilogy and associated short fiction (Kate Elliott), Kandrith (Nicole Luiken), and Amethir (Stephanie A. Cain). Also worth mentioning (though it is an alternate history) is Naomi Novik’s Temeraire series.
My YA reading tastes are more eclectic. Books I’ve read and loved include Falls the Shadow by Stefanie Gaither, If You Could Be Mine by Sara Farizan, and The Secret Diary of Lizzie Bennet (which works as such a superb addition to the Lizzie Bennet Diaries that I can’t say enough good things).
I love lighthearted romances and Lynsay Sands, Julia Quinn, Julie Anne Long, Zoe Archer, Jeannie Lin, Sally Mackenzie, Tessa Dare, Erica Monroe, Brianna Labuskes, and Lily Maxton are only a few of my favorites.

14. What are you currently working on?
I’m currently working on another fun regency romance called Truth and Trickery. It features the romantic escapades that occur between a jewel thief and a con artist when he catches her in the act and decides to help her…for a price. I’m having a lot of fun with this one and can’t wait for its release, early 2018 from Entangled Publishing.

A few short answer questions:
1. Tea or coffee? Tea
2. Do you prefer the sea side or the mountains? Tough question…I used to live in Newfoundland, where there are both! I suppose mountains.
3. Sweet or salty? Depends on my mood.
4. Print or ebook? Ebook for price, print if I want to shut myself away from the world or technology.
5. Movies or TV shows? TV shows. I get way too attached to the characters! 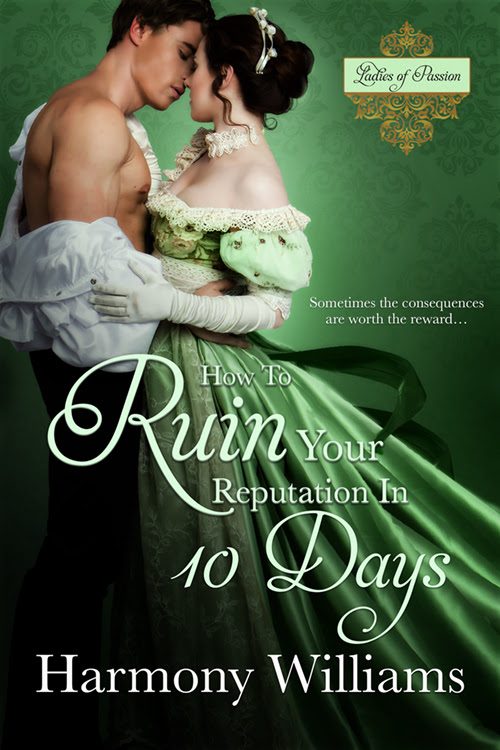 In 1814 London, England, a lady is defined as a demure, delicate flower. Miss Francine Annesley is not that lady. If men were like plants, she would have a garden of admirers to choose from instead of the thorn in her side since childhood, Julian Beckwith. But she would make an even worse nun than she does a lady, which will be her fate if she can't dig up a husband before the Season ends. However, Julian is not an option.

With only ten short days left in the Season, Francine doesn't have time to waste on petty squabbles or knee-weakening kisses, even if Julian's offer to fulfill her every wish rouses her curiosity. It seems men are more complicated than plants. Too bad love bloomed at the most inconvenient of times...

Check out the Ladies of Passion series: 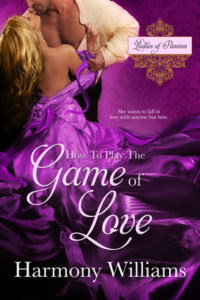