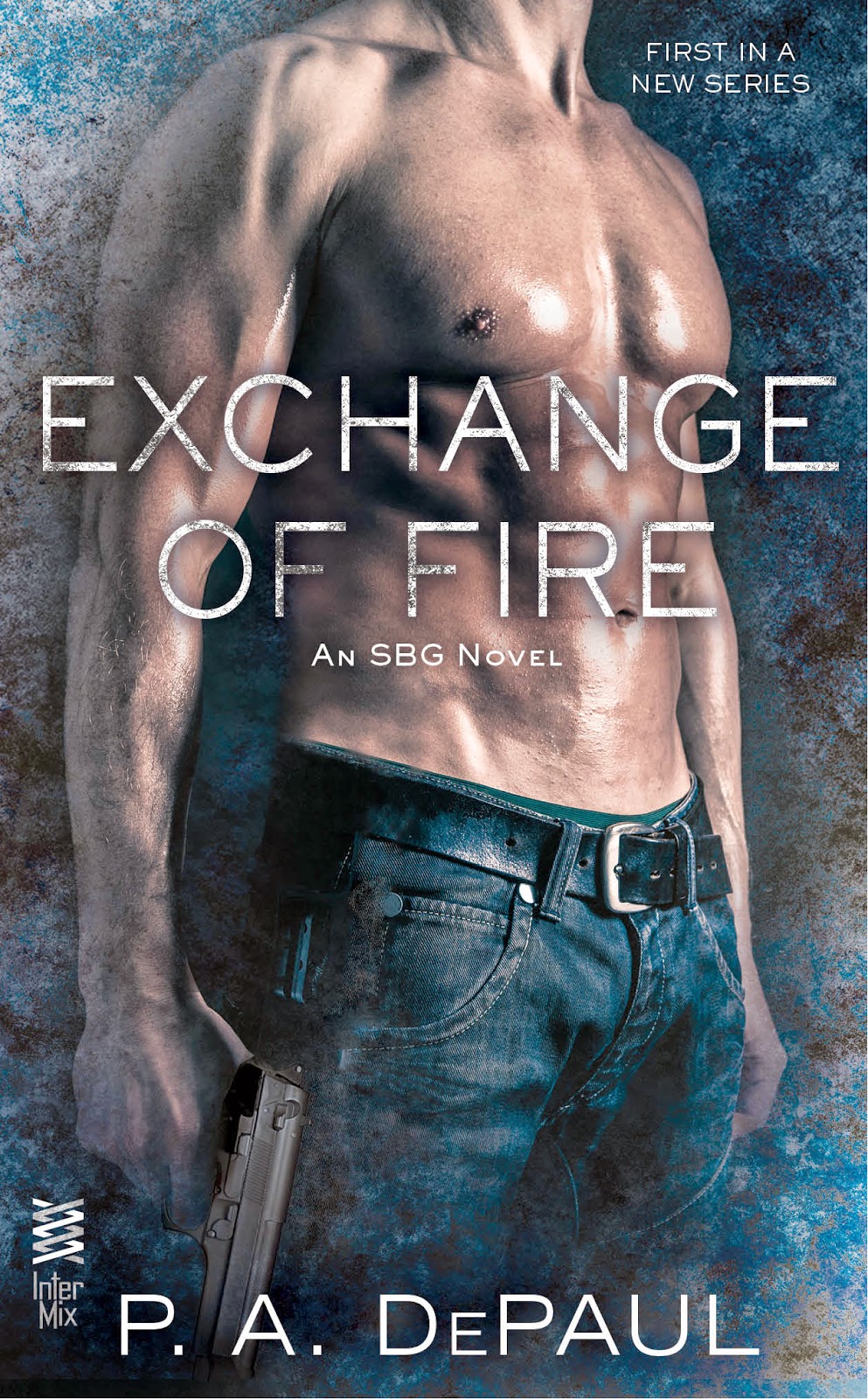 Faking her death was easy, living with her past is harder, but nothing is more dangerous than falling in love…

Sandra Walsh was a deadly sniper for the Sweet Briar Group, a covert agency with assassins for hire, until her last mission went horribly wrong, accidentally killing an innocent girl. Knowing she’s a danger to her team, Sandra goes off the grid, becoming a Shade—an agent declared dead but secretly hiding among the living. She intends to honor her vow never to pull another trigger or have contact with the spy world again. Until she meets Casper Grady…

Grady is a former Marine with a troubled past and a debt to pay. His life mission has gone from protecting the nation to helping local children and their families. The moment he meets Sandra, he knows there’s more to her than meets the eye, but he can’t help but be drawn to the mysterious femme fatale. And when Sandra’s past suddenly catches up to her, Grady is determined to protect her at all costs, no matter how dark and dangerous her secrets are.

As the danger increases, so does their intense attraction. But when they’re forced to choose between each other and the people they’ve sworn to protect, their growing love might not be enough to keep them together—or alive…
Amazon | Barnes & Noble | All Romance | Goodreads | BAM | Kobo | iTunes


Today, on Aly’s Miscellany, I think we should dish on the glamorous life of authors. *crickets chirping* Okay. I guess I have an ulterior motive. I should probably introduce myself (it will become apparent why I chose the topic ;) ). My name is P.A. DePaul and I’m the author of the Romantic Suspense, SBG series. Exchange of Fire, SBG #1 introduces a clandestine Black Ops team working for SweetBriar Group (AKA SBG), a corporation the rest of the world believes is an environmental company.
See? I knew you guys would figure out my ulterior motive! I’m not sure about you, but prior to my getting published, I used to have these notions of what an author did all day. Let me tell you, it’s vastly different than what I imagined.
I’m not going to lie, when I go to work, my characters are my co-workers. Freaking awesome considering my main characters are a Black Ops squad intent on kicking ass. But unlike typical co-workers, when my characters don’t like a direction I’m taking in the story, instead of getting loud, they get silent. Like crickets chirping, tumbleweeds blowing, silent. Brats. I still love them though.
So what does a typical day look like for me?
1.      8 am (okay, sometimes it’s 9) –  9 (10)am – Emails/Tracking – I clear out all my email boxes (I have like ten of them). I read new messages from overnight, send emails to my editor, agent, publicist as needed, and update any tracking on a promotion I’m running.
2.      9 (10)am – 10 (11)am- Social Media-- I try hit all my social media sites (Facebook, Twitter, Tsu, Instagram (though I’m not as active as I’d like to be), GoodReads, Pinterest, my website).
a.       Note: there are days when I absolutely avoid doing this first thing because I’ve had an epiphany overnight and don’t want to get sucked onto the internet for hours.
3.      10am (11) – 5pm –Writing -- Most times I’m juggling multiple books at the same time. I could be actively writing the next book in the series, while plugging away at the required edits for the book I just got back from the editor, at the same time doing promotions for the current book released for sale. (A few months ago, I had a fourth storyline going as I squeezed in writing a novella in between all of the other full-sized manuscripts.)
a.       Sometimes this time is filled with phone calls with my agent and/or editor
4.      5pm – 7pm – Family time – dinner with hubs and clean-up
5.      7pm-11pm – Writing/Emails/Promotions/Family time –my evenings shift depending on deadlines and promotions.

Not what you expected, huh? When I first envisioned being a writer, I imagined sitting in a cool coffee shop or café with my laptop, whipping out masterpiece after masterpiece while sipping on something bad for me. Instead, I’m usually locked in my office by myself (I do shower every day. Just saying.) for about twelve or more hours a day. Everyday. I rarely take a day off. All that said, I wouldn’t trade one single minute. I love writing and interacting with everyone who loves to read.
Do you have a question about the SBG series? Bring it on! Want to know more about writing? I'll try to answer as best I can. Itching to know the chemical sequence for formaldehyde? Uh…try Googling it.
First, I want to give a huge thank you Aly for hosting me today and to you for taking the time to read this post! <3 answer="" crap="" font="" i="" m="" make="" mean="" nbsp="" oh="" okay.="" questions.="" ready="" to="" up="" your="">
A little humor for the post:
Very true when I get my book back from the editor: 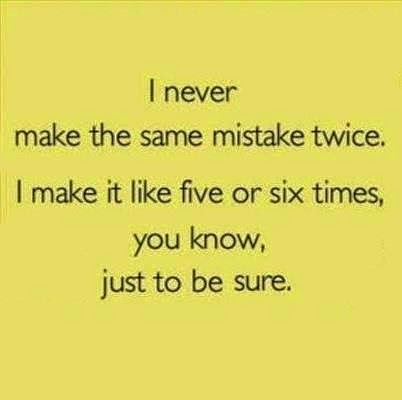 In the following excerpt, our hero, Casper Grady (former Marine), meets two members of Delta Squad for the first time and gets a big clue about Wraith’s mysterious background.
A little background: Wraith faked her death after her last mission went horribly wrong in order to escape SBG (or more accurately its CEO). The CEO got wind that she’s still alive and instead of celebrating, he sent assassins after her to rectify her still breathing status. In order to remain “dead,” our heroine, Wraith (sniper for Delta Squad), fabricated a new persona, Sandra Walsh, gained employment in Grady’s company, and never breathed a word about her past. As a way to protect her team from the CEO’s backlash, she never told the squad her plan to escape, so they’ve also believed she was dead until now.

[Grady’s] stomach fluttered. After pursuing her for so long, he had wondered if he was ever going to get beyond her wall. His elation balloon deflated a little. She may have finally showed him how much she had lusted for him too, but she hadn’t exactly taken a sledgehammer to the brick layer surrounding her past. And she was definitely hiding something.
At four a.m., she had called for a break and a snack. Not wanting to leave her luscious body but also remembering he hadn’t locked up, he threw on his shorts, T-shirt, and the Beretta and headed out.
His eyes absently swept over the dining room and froze. A dark outline in the shape of a man now sat at the head of the table nearest the sliding door. Grady’s arm instantly reached behind him for his gun.
“MOB holster?” a deep male voice asked, and the shape appeared to move as if cocking his head.
Grady whipped the Beretta out and pointed it at the outline. “Yeah.”
The shadow seemed to bob his head. “Respectable. Middle of back holsters are good at concealment, but leave your chest exposed.”
What?
“Look down,” the voice commanded.
Unable to help himself, he did. Son of a bitch. A fuzzy green glow-in-the-dark ball clung to his T-shirt, right over his heart. He grabbed the ball, smashing it in his palm as a sticky substance coated his hand. His gaze whipped back up to the outline. He hadn’t even seen the blob move.


The dining room lights flicked on and a man stepped from the shadows made by the china cabinet and corner. “That could’ve been my knife.” 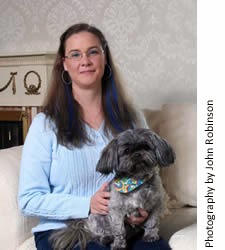 P.A. DePaul is a multi-genre romance author including paranormal fantasy and romantic suspense. She originally hails from Carroll County and Baltimore County, Maryland, but also lived in Macon and Warner Robins, Georgia. She currently resides in a beautiful community just outside Philadelphia. Exchange of Fire is the first novel in the SBG series with the second novel, Shadow of Doubt, releasing April 2015

PA is offering a tour wide giveaway of 5-- $10 Amazon or B&N gift cards (winner’s choice) plus 4 e-copies of Exchange of Fire (sent via Netgalley). Just check out today’s post, leave a comment, and then fill out the giveaway widget!

Be sure to check out all of the stops! Read fun,new content at each stop plus learn extra ways to enter the giveaway! For the main event page please visit… this page.