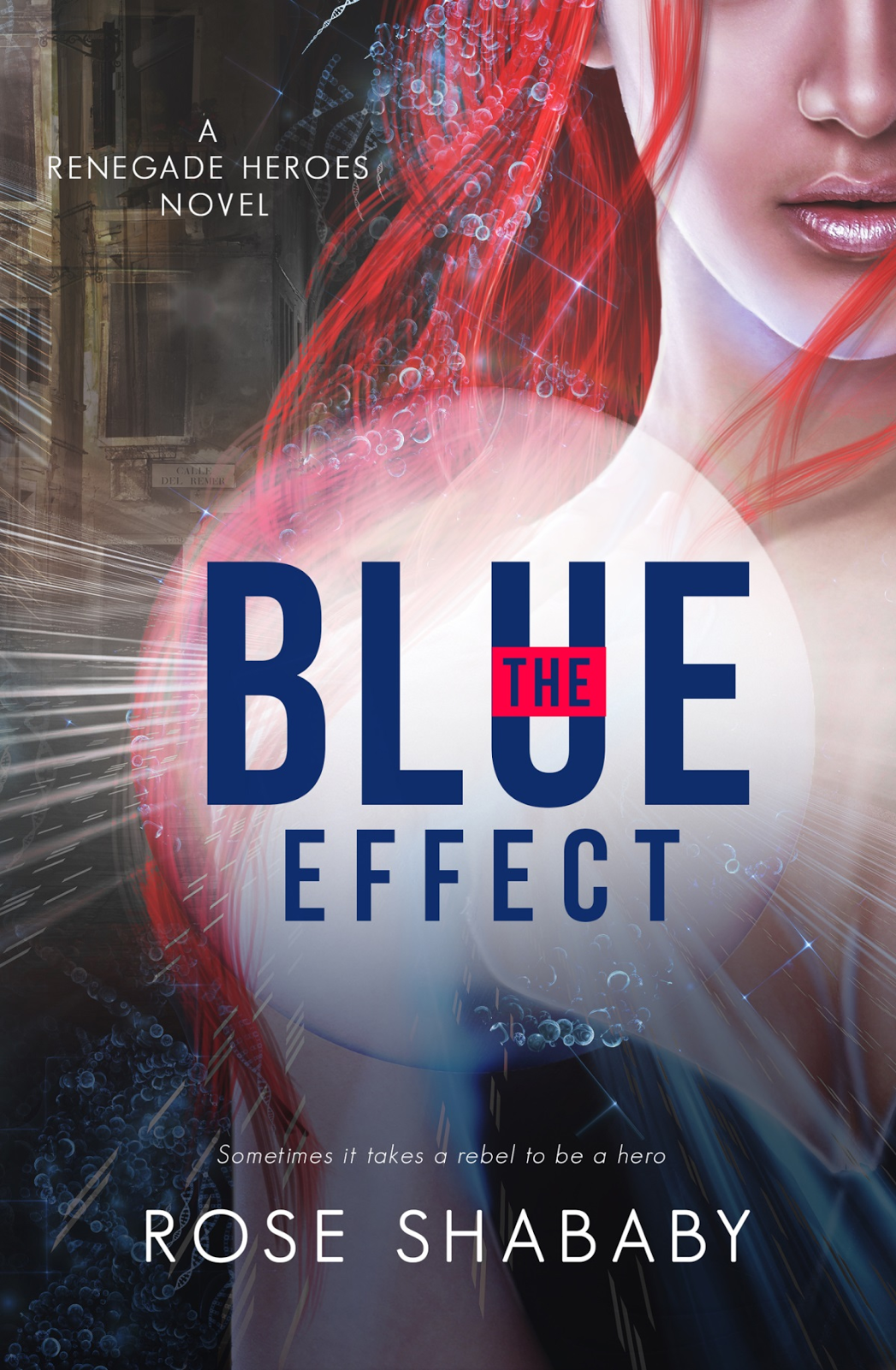 Blue Brennan is jaded and bitter despite her pinup girl looks and quick wit. Night after night, she scours the Seattle club scene looking for someone or something to fill the emptiness inside.

When she meets the mysterious Kasey, her world stops… literally. He claims she has the ability to control time and stuns her even further when he reveals his own gifts.

Blue is inexplicably drawn to Kasey and reluctantly enters his world filled with a new breed of humanity. They’re misfits like her, blessed or cursed with powerful abilities, struggling to hide their differences from the rest of society.

Then the group discovers a nameless, faceless sociopath with nightmarish powers; and he’s coming for Blue. She’s left reeling when they discover her gifts are the key to defeating his terrible evil and saving them all.

Now she must race against the clock to harness her own powers and save her new friends. Can she be more than a renegade? Can she be a hero too?

Halloween is fast approaching. That means tons of kids (as well as adults!) will be picking their costumes for the celebration. Many will be choosing their favorite characters from TV, movies, and books.
Of course, we’ll see scads of superheroes roaming the streets come October 31st. And why not? Who wouldn’t want to be a noble figure like Superman, or be able to perform amazing heroics like Ironman?
I can’t help but fantasize at least a little that someday, people will be donning costumes of Blue Brennan or Kasey Korsak, or any of the other characters from the Renegade Heroes series. (It’s a growing world, who knows how many heroes will show their faces?) Hopefully mostly adults as these books aren’t written for children.
Deep down, however, I know that even if my books hit the big time and studios come my way waving contracts for movie and television rights, there probably won’t be a whole lot of anyone dressing up as my characters.
“But, Rose,” you might say. “How can that be? The Blue Effect is filled with brand new superheroes, awesome characters with cool powers!”
And you wouldn’t be wrong. Blue is a mouthy, brash, amazing woman with an independent streak a mile long. Kasey is steady and focused and intensely ethical without being ridiculous.
But they don’t wear costumes. They aren’t living in a secret lair hidden from prying eyes deep beneath the city. They don’t wreck cities whilst stopping the bad guy.
They’re just not the same kind of superhero you’re used to.
They’re really more like you and me.
Which was kind of my goal all along.
I wanted to create heroes that regular people could relate to. They aren’t filthy rich. They aren’t super intelligent (well, okay, one of them is, but her super poweris super genius). They aren’t from another planet. They don’t have connections in the city or state government. They aren’t part of an elite military force gone rogue.
They’re ordinary folks who’ve all discovered something special inside themselves, something that allows them to do things they wouldn’t normally do.
They find themselves in a position to help others, and so they do. They help prevent crime. They help others find the good inside themselves. They help each other.
They’re not fighting off maniacal madmen bent on taking over the world. Well, not yet, anyway. Who knows what can happen?
They’re living up to the ideal I’ve had for years. If we, all of us, did a little bit to help others, what would the world be like?
You can do it by donating blood, or giving canned goods to your local food bank. You could donate your time at a local nursing home, spending time with the elderly just reading to them or playing cards. You could donate your time to a local charity, or even ten dollars to cancer research. You can volunteer at your child’s school. You could put up one of those Little Free Library boxes on your street. The possibilities are limitless and one small gesture can create a ripple effect that will touch more people than you could imagine.
Which brings me to the real fantasy I have. Folks dressing up in costumes modelled after my characters would be cool, but you know what I’d really like to see?
I’d like to see more people volunteering, getting involved with their community. I’d like to see the real lesson of The Blue Effect taking root in the minds of the people who read it.
As Kasey once told Blue, “Only I have the power to choose what kind of person I want to be.”
We all have that same power, the power to choose how our actions will affect others. The power to affect the world.
Each of you is capable of great things, you awesome, powerful readers!
Choose wisely.

Excerpt
“Kasey,” I yelled stupidly, knowing it wouldn’t do any good but unable to stop myself. “Kasey, where are you?”
I burst through another door to find the bathroom, a layer of steam frozen in the air. I pulled the curtain back without even thinking about who might be in the shower, and slumped with relief when I found Kasey. He held a washcloth to his face as a stream of water rained down on him, frozen in place.
“Kasey,” I breathed happily, and reached out to grab his hand.
As I touched him, the same spark I always felt when we made contact erupted and the world came to life again. Water spewed all over me, soaking my clothes, spilling over onto the floor, but I didn’t care.
Kasey startled and yelped a little when he saw me. He recovered quickly. “Blue? What happened?”
I smiled, my tears mixing with the hot water from the shower as I launched myself at him, hugging him tightly. He smiled back and wrapped his arms around me.
Thank god I found you! I thought. “I’m so glad you’re here,” I whispered in his ear.
“I knew you would come back,” he whispered back, just before his lips found mine. 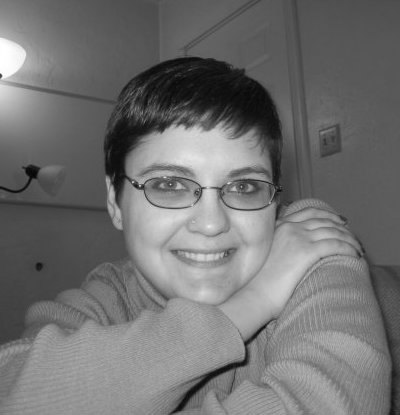 Rose Shababy and her family reside in eastern Washington State. Rose grew up in the Northwest but swears she’s going to move to warmer climates someday. She’s claimed this for over 20 years, however, and has yet to move more than 75 miles away from her mother.

Rose has a deep love of all things Star Trek and yearns to travel the heavens, as well as an intense desire to be bitten by a radioactive spider.

Unfortunately she sucks at science and math so she hasn’t been able bring her dreams to life, instead living vicariously through books, comics, television and film. She hopes to someday make a million dollars so she can afford to buy her way to the international space station, but she’d settle for being able to fly around the world and leap tall buildings in a single bound.

Rose also loves to cook and worked for years in a gourmet Italian grocery and deli where she learned to hone her skills. She prepares culinary masterpieces for her family, but fervently wishes the dishes would wash themselves. Especially now that her dishwashers/children are nearly grown and only one still lives at home.
Rose likes to use her free time wisely. For instance, she likes to daydream, will often read for hours until she falls asleep on the couch with an electric blanket and a warm tabby cat curled up on her hip, as well as spending cozy weekend days watching Syfy movies like Sharknado and Mega Piranha with her husband.

If Rose were a cartoon animal, she’d prefer to be a wise old owl or a sleek and sexy jaguar, but in reality she’d probably be a myopic mole with coke-bottle glasses.