This post is part of a virtual book tour organized by Goddess Fish Promotions. Sarah will be awarding a $50 Amazon or Barnes and Noble gift card to a randomly drawn winner via rafflecopter during the tour. Please click the banner to see a list of other stops on the tour.

Her past is back to haunt her—and this time, it’s got a gun.

When Gage Lawton finds his brother shot to death on his back porch, every shred of evidence points to one person: Gage’s ex-lover, Riley Beckett. The only gun in town that fires a bullet of that caliber belongs to her.


Certain the shooting is payback for his part in the loss of her parents, he abandons his promise to stay out of her life and confronts her, his rage backed up with a revolver. Yet when she steps through the door, all thoughts of revenge burn to ashes.


A year after Riley unwillingly walked away from Gage, she enters her home to find him sitting in the dark, gun pointed at her head. One look into those achingly familiar blue eyes reminds her how wrong she was to let him go. But now there’s more standing between them than their heated past.


A twist of fate—and a hail of sniper bullets—puts them in the cross hairs of a killer, leaving Riley with just two slim options: trust her greatest betrayer, or face a murderer alone.


This book has been previously published.


Warning: Prepare to get caught in a crossfire of profanity, danger, and desire. Intense violence may trigger the desire to wear body armor…and take it off. Very, very slowly.

The evidence had been right in front of him. He didn’t want to believe it, but he couldn’t deny it either. Not until he saw her reaction for himself, and he wasn’t going to do that unarmed. He reached for her, feeling the charge of their connection long before his fingers grazed her skin. A hint of blue peering from beneath her thick lashes caught his attention. She was watching him.

Frozen by her beauty—by all she meant to him and everything he tried to tell himself she didn’t—his thoughts left him. He fell closer, his hand dipping to her jaw line. Tracing the familiar contours of her face with a fingertip came as naturally as breathing.

“Riley…” The tangle of emotions in his chest loosened. The evidence was unmistakable, but she couldn’t have done it. Not the Riley he knew.

Contentment drifted behind those thick lashes. For a single moment the last twelve months of hell wasted away, and she was his again. His name spilled from her lips, soft and sweet, like no time had passed. God help him, he wanted it to be true. He’d give anything to go back to the day he lost her and change it all.

She reached for him, and when she drew him in he didn’t—couldn’t—resist. Her arms circled his neck, her fingers tangling in the hair she always said was too long, and every bit of the fight fled his traitorous heart. He forgot the cold, hard floor. He forgot why he had waited in her living room, untouched whiskey taunting him, tempering his rage. 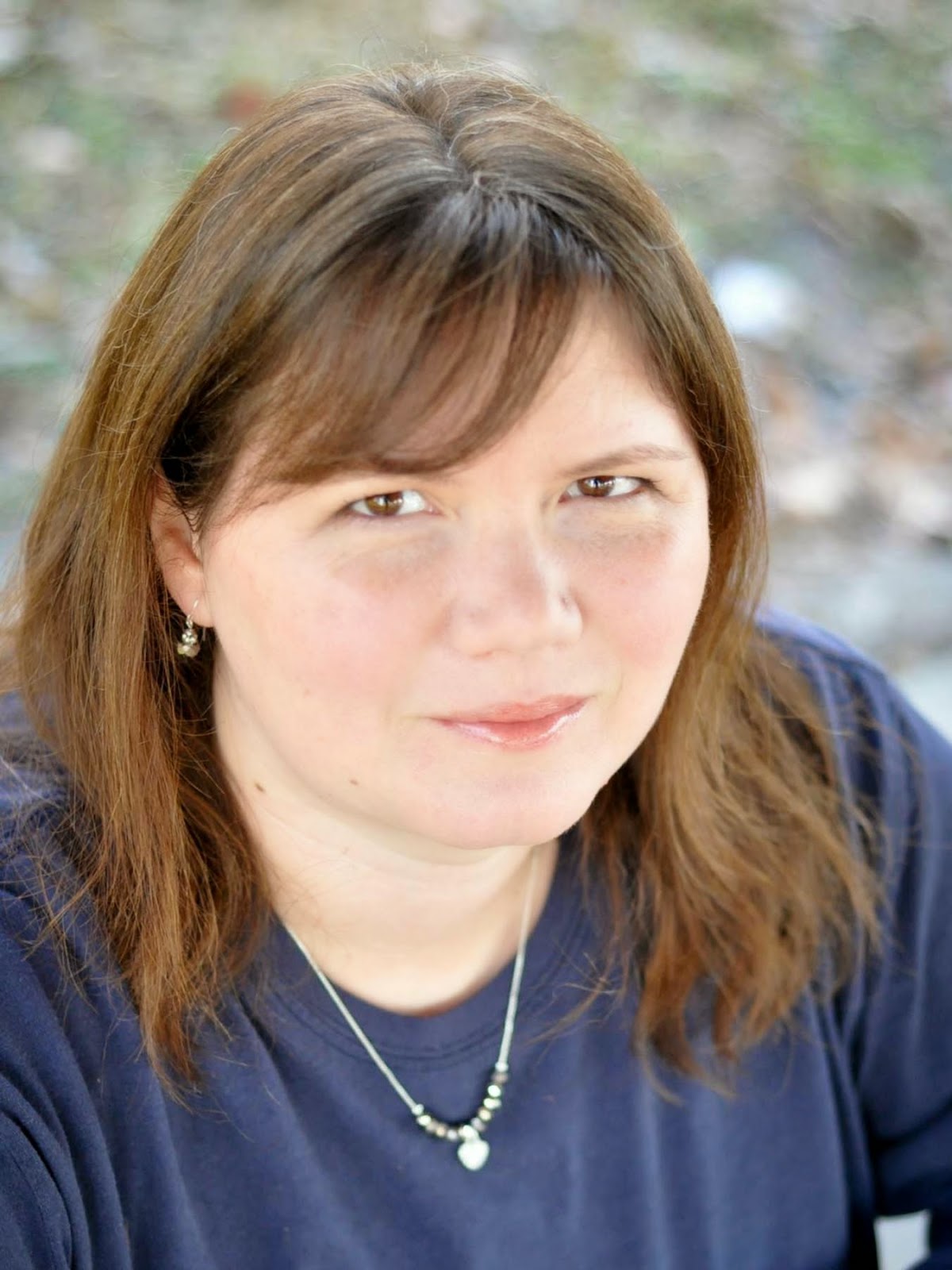 Sarah and her husband of what he calls “many long, long years” live on the mid-Atlantic coast with their six young children, all of whom are perfectly adorable when they’re asleep. She never dreamed of becoming an author, but as a homeschooling mom she often jokes she writes fiction because if she wants anyone to listen to her, she has to make them up. (As it turns out, her characters aren’t much better than the kids.) When not buried under piles of laundry, she may be found adrift in the Atlantic (preferably on a boat) or in search of that ever-elusive perfect writing spot where not even the kids can find her. To learn more about her work in contemporary, historical, and supernatural romance and romantic suspense, please stalk accordingly.

a Rafflecopter giveaway
at September 16, 2014