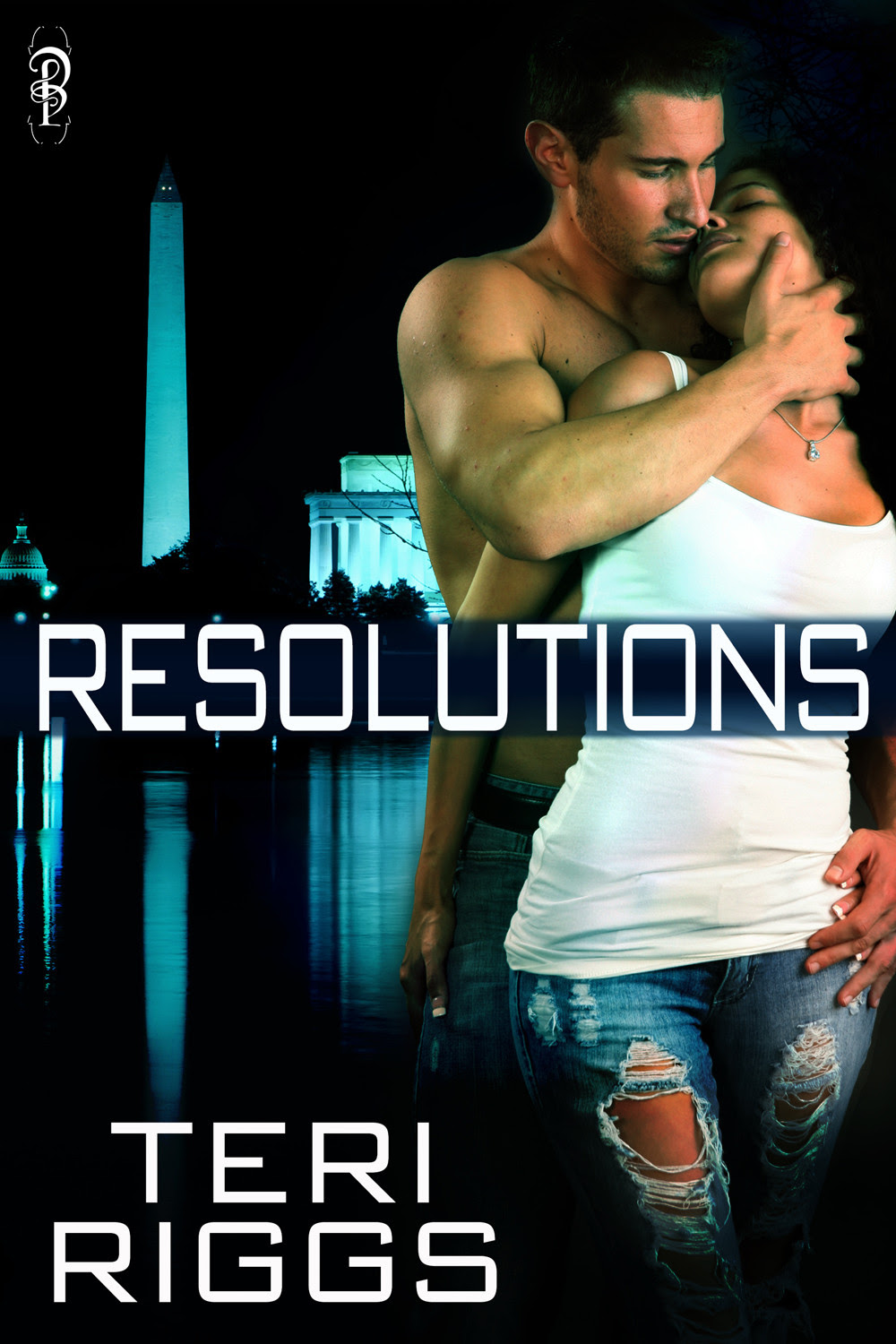 As a teen, Mac watched his family fall apart after his mother died doing dangerous U.N. work. The possibility of losing Eve to a mission ignited an overwhelming need to protect her. When he forced her to choose him or her job, she walked away. Two years later, it seems all his nightmares have come true and he’s tasked with rescuing her from a Colombian prison. Mac has never stopped loving Eve, but does he dare risk his heart when he’s so terrified of losing…

On the run, Mac and Eve must learn to trust each other again in order to stay alive.

A Day With Teri Behind the Scenes

Most mornings I drag myself out of the bed, throw on my clothes, and pick up around the house a little (and I mean very little). Hubby and I always have breakfast together and spend some time playing with my two very spoiled puppies. Afterwards, I pack my laptop and head to my office. I set up my work area, grab a coffee or tea, and park my butt at my desk. By this point it’s usually around 10am.

I start by checking email and taking care of anything that needs answered right away. Then I look through my calendar to see if I have any promo’s running. If I do, I take time to see how they’re coming along. Next I make a quick run through Face Book and check a few blogs. Then I move to my favorite part of the day…hanging out with the characters I create. I put them through all kinds of crazy, dangerous, and romantic situations. And they still love me! Such good friends.

Usually by 5-5:30 I pack it in, go home, and put on my Suzy Homemaker hat for a few hours. After I’ve achieved as much domestic bliss as I can stand, I try to work for another hour on the business kind of stuff. I answer or delete the saved-for-later emails—plus any new ones. I take a few more runs through FB and close up shop.

The rest of the night is spent with hubby, the puppies, and any of the kids who are around. We love to spend time watching a good movie or show. Then it’s off to bed. Once Hubby is serenating me with his romantic snoring, I pull out a book and read until the wee hours of the morning, usually 3-4am. Using my iPhone, I make one final run through emails and FB—yes, I am a FB addict. The good news is, as an insomniac I get a few extra hours to play!

“I know exactly what you meant.” She added a sheathed K-bar knife to her belt, grabbed one of the assault rifles Cade had brought along, and tossed the strap over her good shoulder. “Let’s finish this. The quicker this mission is completed, the sooner our partnership is finished. It’s too hard to be around you.”

“You want to smother me. I can’t handle the alpha shit anymore. I can’t change what happened to your mother, and I damned well can’t live my life trying to make up for her death. Let’s be honest, we just aren’t meant to be together.”

Mac grabbed her good arm. “Eve, don’t write me off yet. We can work through this. We’ll talk later.”

“Not gonna happen.” She pulled away.

Eve hopped from the AH-6J and stood with both feet apart in front of Cade and Corelli. “You two don’t have to worry about me not pulling my weight. I’m good to go.”

She spun around and stomped off toward Mendoza’s compound.

“Shit, Mac, I think you’ve gone and pissed your lady off big-time. Gonna make this job all kinds of fun.” Cade smiled sheepishly.

Teri Riggs was destined to be a writer.  As a small girl she didn’t read bedtime stories, she made up her own.  Who needed Little Red Riding Hood or The Three Little Pigs when there were so many great tales bouncing around in her head?  When she grew up and became a mother to three little girls, she continued the tradition of making up bedtime stories.  On the occasions she chose to tell conventional fairytales, Teri usually gave them a bit of tweaking here and there or added a new ending.  Her girls loved it.
After her daughters had the nerve to actually grow up and leave home, Teri discovered she had a passion for writing and jumped right in.  It came as no surprise she chose to write mysteries and happily-ever-after’s since that’s the genres she loves to read.
Teri lives in Marietta, Georgia with her husband, one of her daughters and two dogs that seem to think they rule the world.  And some days Teri thinks maybe they do.
Teri still frequently tells herself stories as she falls asleep.  The only difference now is she wakes up the next morning and turns her bedtime stories into books.