Spotlight: To Charm a Naughty Countess by Theresa Romain[+Giveaway] 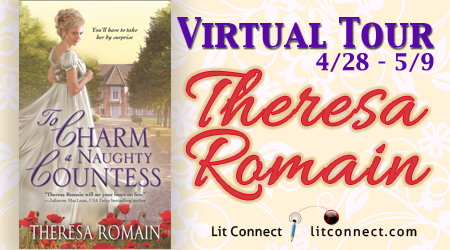 To Charm a Naughty Countess
by Theresa Romain 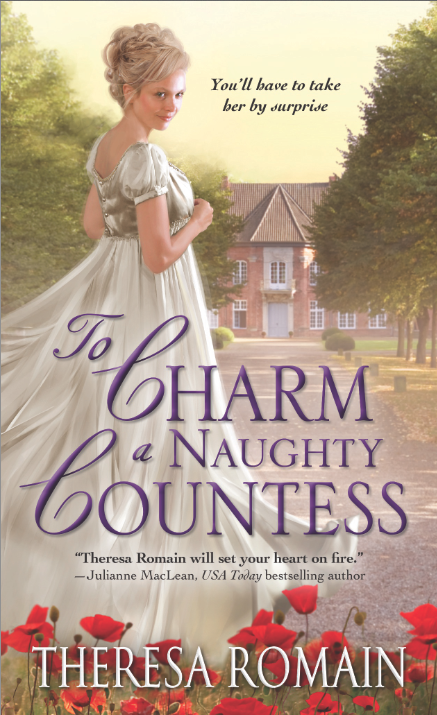 CAN A RECLUSIVE DUKE…
Brilliant but rumored mad, Michael Layward, the impoverished Duke of Wyverne, has no success courting heiresses until widowed Lady Stratton takes up his cause–after first refusing his suit.
WIN LONDON’S MOST POWERFUL COUNTESS?
Caroline Graves, the popular Countess of Stratton, sits alone at the pinnacle of London society and has vowed never to remarry. When Michael–her counterpart in an old scandal–returns to town after a long absence, she finds herself as enthralled with him as ever. As she guides the anxiety-ridden duke through the trials of society, Caroline realizes that she’s lost her heart . But if she gives herself to the only man she’s ever loved, she’ll lose the hard-won independence she prizes above all.

“If you marry me”—Wyverne’s eyes now focused an inch above hers—“you shall be the most powerful woman in Lancashire.”

“You will be a duchess; that’s more prestigious than a countess.”

“I am aware of the order of precedence. However, a widowed countess has freedoms that even a married duchess does not.” She raised her chin. “Have you any other arguments, Wyverne?”

“This is not an argument,” Wyverne said in a clipped voice. “It is a proposal.” At last, he looked her in the eye.

Her skin felt overheated under the cool caress of the night breeze, and her throat caught on something painful.

Drat. She clearly wasn’t as prepared for Wyverne as she’d thought. How could she build a defense against him when there was no one like him on whom to practice?

But this was hardly a reason to toss away everything she had worked to gain for herself. If her youthful fascination—if Wyverne himself—could be mastered, then nothing and no one would have a hold on her.

“As I have already told you, Wyverne, I do not accept your proposal,” Caroline said. “Instead, I offer you one of my own.”

His brows lifted. “An investment? I had not thought of making a financial bargain.”

“That is exactly what you did think of when you deigned to offer me your hand in exchange for my money. But I am not interested in marriage, especially for financial reasons.”

“What do you propose, then, if money is of no interest to you?”

“Money is of great interest to me, but not in relation to you.”

“Then we have nothing more to talk about.”

“But we do, Wyverne.” She was blurting the words almost before she knew what she intended to say, knowing only that she could not let Wyverne dismiss her again. “I could help you with a more personal arrangement.” 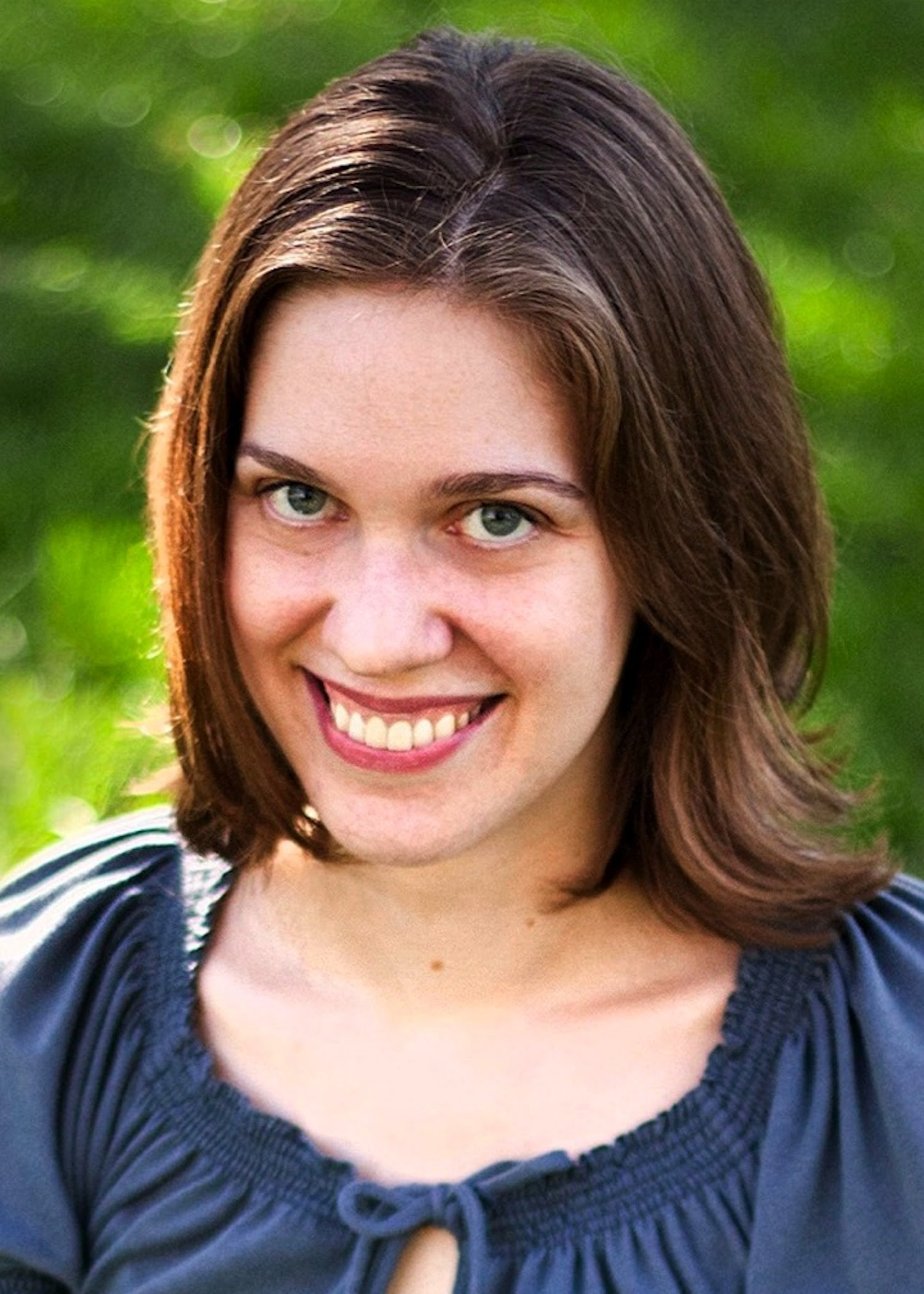 Historical romance author Theresa Romain pursued an impractical education that allowed her to read everything she could get her hands on. She then worked for universities and libraries, where she got to read even more. Eventually she started writing, too. She lives with her family in the Midwest.

Theresa is generously gifting all five of her books to one lucky commenter!
*Season for Temptation
*Season for Surrender
*Season for Scandal
*It Takes Two to Tangle
*To Charm a Naughty Countess
Open internationally. Please follow the Rafflecopter directions.