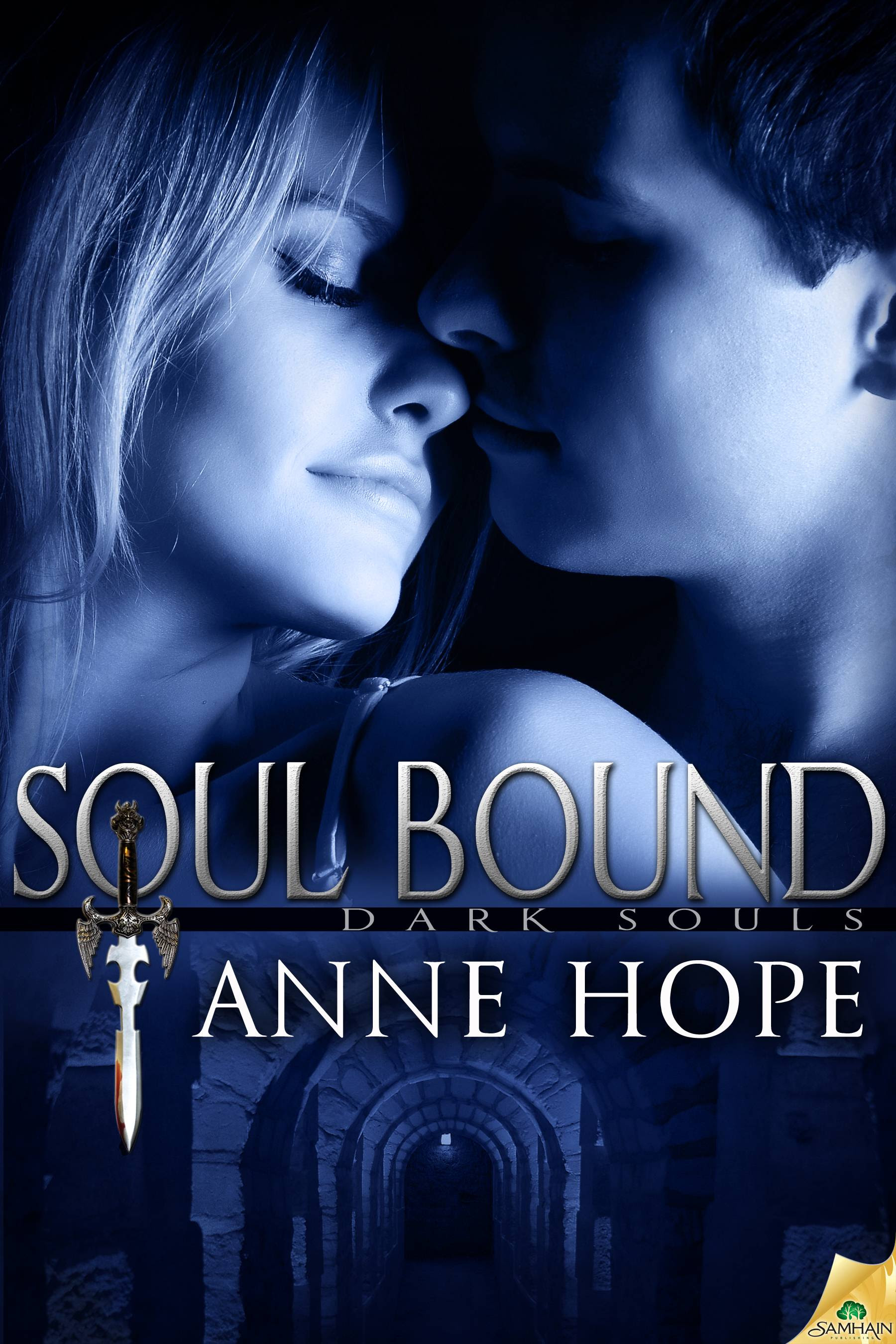 The one man she wants is the one man destined to destroy her.

Sooner or later we all end up dead. Jace Cutler doesn’t have the luxury of staying that way. After receiving a fatal stab wound, he awakens in a hospital room in Portland, Oregon, with no memory and a big hole where his soul used to be. Worst of all is the glow. Everyone is surrounded by a strange white aura he hungers to possess, none more compelling than the one enveloping Dr. Lia Benson.

Lia has always been ruled by reason, refusing to put stock in such nebulous things as destiny. Until Jace dies in her arms, then miraculously comes back to life. Whenever he’s near, her soul responds and her body burns. And she’s consumed by odd dreams she’s convinced are Jace’s lost memories.

When Lia is kidnapped, Jace tracks her and discovers a shocking explanation for who—and what—he is. Something no longer human, a dark legacy that until now has lain dormant within him. Something that could destroy the one woman he’d sacrifice everything to protect.

Warning: Contains bone-melting sexual tension, scary battle scenes, heartrending emotion guaranteed to keep you turning the pages well into the night, and a positively divine hero who may just steal your soul. 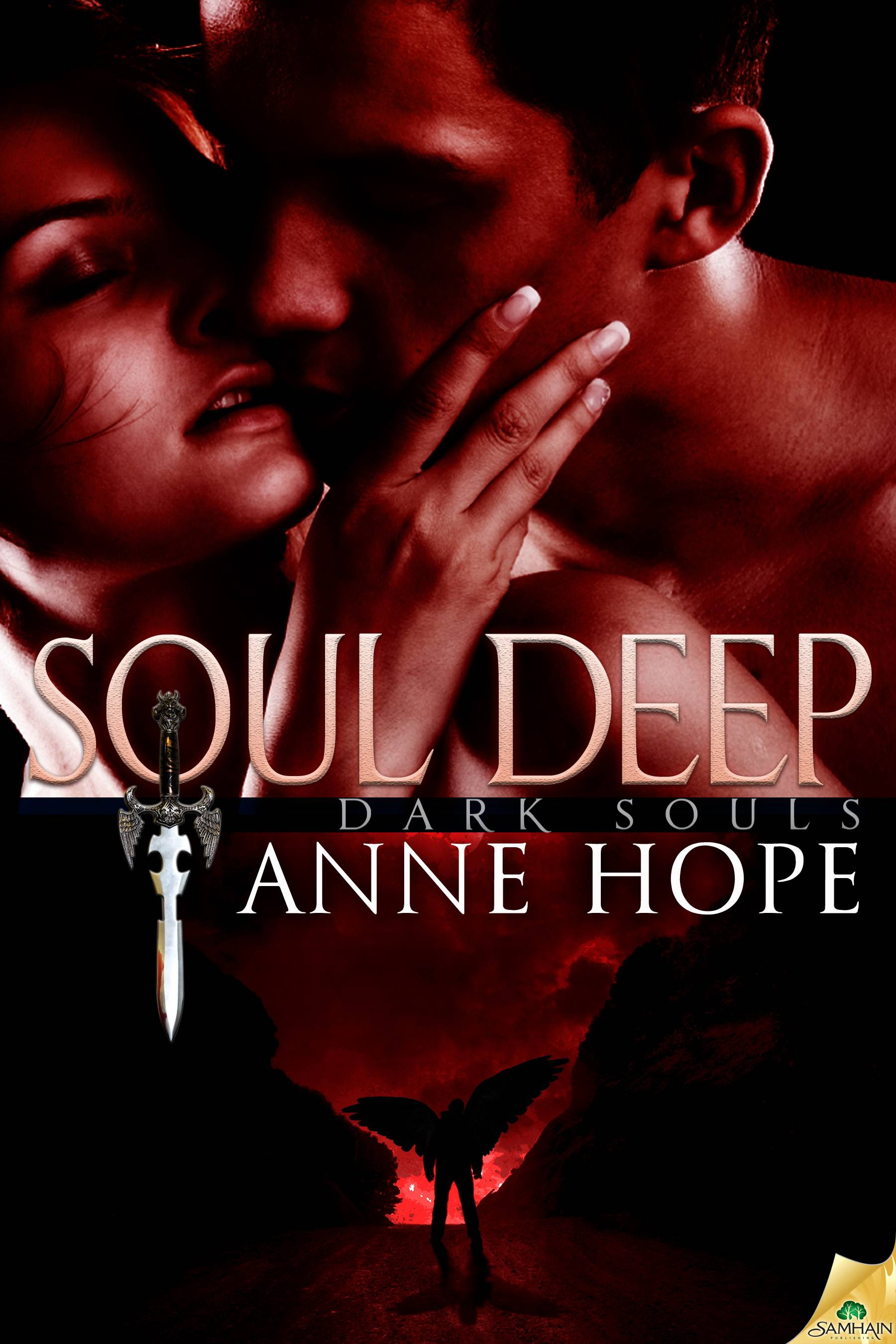 Save her life…or save mankind. His choice could cost him his soul.
For nearly two centuries, Marcus has been the Watchers’ most faithful soldier. Sworn to protect humanity, driven by an unrelenting compulsion to atone for past sins, he has rarely found a compelling reason to question his mission, let alone defy his leader.

His partner, Regan, is his exact opposite, an enigma he longs to solve. A free spirit and reckless to a fault, Regan acts first and thinks later. Her smart mouth and tender heart have fascinated Marcus for decades, but the Watchers’ strict vow of celibacy has forced him to ignore the sizzling attraction between them. Until now.
When Regan goes rogue to protect a very special little boy, Marcus is forced to make an impossible choice—commit an act of treason or watch the woman he secretly loves die.

Hunted by enemies and allies alike, Regan and Marcus run for their lives, fighting to thwart an age-old prophecy and guard a boy whose destiny may very well be to destroy the world…or save it. 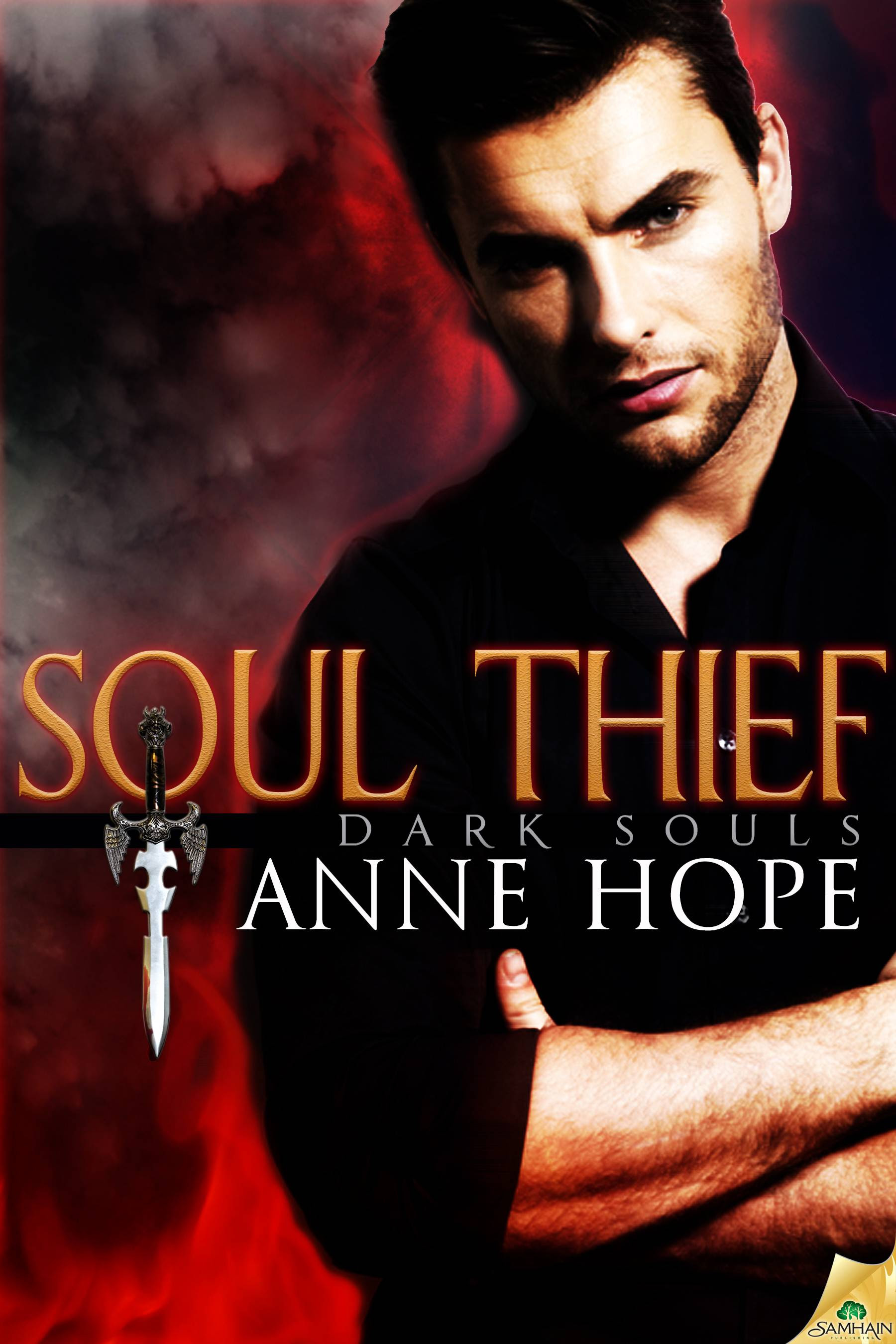 Born to hunt and destroy…until the light of one soul reawakens his own.
Adrian knows he once possessed a soul, but it abandoned him the day he was murdered. The day he was reborn as a Rogue, shunned by humans and hunted by his own kind. By night he feeds the darkness inside him by finding and snuffing out corrupt souls, perfectly content to live as an outcast—until a random act of violence unites him with a woman who makes him feel.

Angelica Paxton believes everyone deserves a second chance. Even her rescuer, a mysterious stranger with hypnotic powers, an unsettling ability to invade her dreams, and a shocking secret. Much as her body wants to succumb to Adrian’s seductive charms, she can’t. Not without breaking his newly awakened heart.

Adrian swears to protect Angie from his kind, even if staying by her side means volunteering at the center where she works to reform the very souls he has vowed to crush. Even if it means abandoning the shadows for the light. Even if that light exposes the darkest threat he’s ever faced. One from which he is powerless to save her…

Warning: This book contains flying subway cars, a woman in jeopardy, a relentless villain who’ll stop at nothing to get what he wants, and a dark, sexy hero who could very well haunt your dreams and steal your heart.

A man she’d die for, a world she was born to defend… Only one can survive.
For twenty-five years, Adrian has mourned the loss of his soul mate, Angie. He’s content to live as an outcast…until a series of abductions forces him out of seclusion and into the arms of the very woman he loved and lost. Angie’s reincarnation, Emma.

Emma is on the run, hunted by soulless creatures whose one goal is to possess her soul. They have taken everything: her home, her identity, her mother. Left with no other choice, she must trust her fate to Adrian, the enigmatic stranger who comes to her rescue. An immortal being whose illicit touch makes her blood burn and awakens an inexplicable desire in her heart.

Emma follows Adrian to his isolated community in Arizona, where she is assailed by visions of a past life. As passion ignites and her enemies close in, Emma is drawn into a world where nothing is what it seems and where love could prove the greatest weakness of all.

Warning: Contains a dark, tortured hero, a hunted woman who can’t remember loving him, a nasty villain hell-bent on destroying the world, and a timeless love story you won’t soon forget.


LIFE IS STRANGER THAN FICTION: REINCARNATION
By Anne Hope

Have you ever had a feeling of déjà vu? Have you ever met someone and felt an instant connection, as though you’ve known that person your entire existence? If you answered yes, some would have you believe you are experiencing flashbacksof a past life.


Sounds crazy, you say? Perhaps. But as the author of paranormal fiction, I try to keep an open mind. The main question occupying my thoughts is the proverbial what if? After all, without the possibility of the preternatural, life would be pretty dull, and so would fiction.


In my Dark Souls series, I’ve explored many strange and unexplained phenomena, including the Nephilim, the subterranean tunnels that snake beneath our world and, most recently, reincarnation.


Life is a continuous cycle. The sun sets only to rise again. One season gives way to the next. Flowers die in winter, only to bloom again in the spring.Nature is characterized by an endless sequence of birth, death and rebirth. So it should come as no surprise that one in four people believe in the concept of reincarnation, regardless of religion. The idea that the soul can be reborn, that life is not finite, is a source of great comfort.


We all know that many Eastern religions embrace reincarnation, but what about science?


Science supports the idea that all living things give off a physical energy and that this energy is never lost. It simply changes form. The same concept can be applied to the human spirit.


Dr. Ian Stevenson, a psychiatrist and the Director of the Division of Personality Studies at the University of Virginia, has studied over three thousand cases around the world of children who spontaneously remember a past life. Not only does he verify the facts recalled by the child, but he also uses medical records to match birthmarks to birth defects, wounds and scars on the deceased person the child remembers being.


Is it possible? Could our birthmarks actually be a physical manifestation of injuries suffered in a past life? I know a woman who has a birthmark in the shape of a kiss on her cheek. The romance writer in me is stirring, imagining all sorts of delicious possibilities—betrayal, heartbreak, a kiss before dying...


If you haven’t already guessed, the topic of past lives is one that has always fascinated me, and that fascination has spilled into my work.


In Soul Deep, I touch on the concept of reincarnation, but it’s in Soul Chasethat I truly explore the idea. Angie, the heroine in Soul Thief, is reborn as Emma, a woman with the special ability to sense the Nephilim. Emma has a very important role to play in the survival of mankind, assuming her surfacing feelings for Adrian don’t get in the way.


Writing this book, watching Emma slowly recover memories of her past life as she falls in love with Adrian all over again, was a thrilling experience. It allowed me to delve deeper, to strengthen the bond between these twocharacters whileheightening the emotional conflict keeping them apart. The concept of reincarnation added yet another compellinglayer to the story.


If you are a believer or if the idea of multiple lives interests you, I invite you to check out my Dark Souls series. Fact or myth, reincarnation makes for fascinating fiction, especially when it comes to matters of the heart. 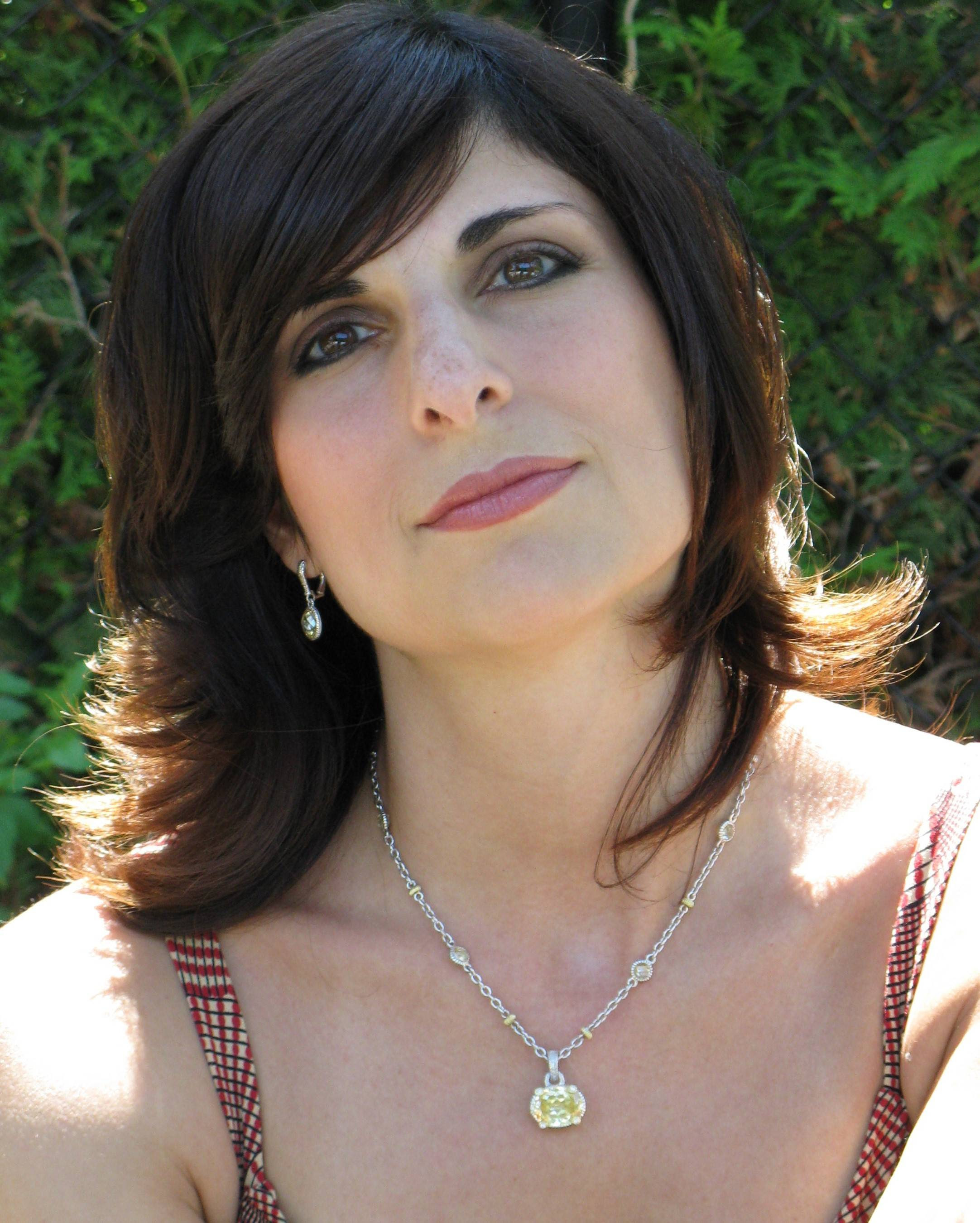 Anne Hope is the author of emotionally intense romances with a twist—a twist of humor, a twist of suspense, a twist of magic. All her stories, however, have a common thread. Whether they make you laugh or cry or push you to the edge of your seat, they all feature the redeeming power of love and the heart's incredible ability to heal.

Anne's passion for writing began at the age of eight. After penning countless stories about enchanted houses, alien girls with supernatural powers, and children constantly getting lost in the woods, she decided to try her hand at romance.

She lives in Montreal, Canada, with her husband, her two inexhaustible kids, a lazy cat and a rambunctious Australian Kelpie.

Tour Wide Giveaway
$100 gift card at Amazon and a digital copy of any book in the Dark Souls series.
a Rafflecopter giveaway