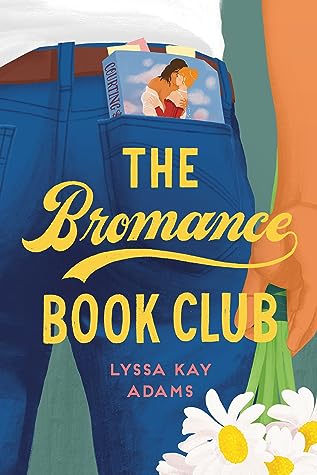 The first rule of book club:
You don't talk about book club.

Nashville Legends second baseman Gavin Scott's marriage is in major league trouble. He’s recently discovered a humiliating secret: his wife Thea has always faked the Big O. When he loses his cool at the revelation, it’s the final straw on their already strained relationship. Thea asks for a divorce, and Gavin realizes he’s let his pride and fear get the better of him.

Welcome to the Bromance Book Club.

Distraught and desperate, Gavin finds help from an unlikely source: a secret romance book club made up of Nashville's top alpha men. With the help of their current read, a steamy Regency titled Courting the Countess, the guys coach Gavin on saving his marriage. But it'll take a lot more than flowery words and grand gestures for this hapless Romeo to find his inner hero and win back the trust of his wife.


Thank you, Berkley, for giving me an ARC of this book in exchange for an honest review.

I requested an ARC of tis book because I thought the title and the cover were good. It turns out, everything is good: the story, the humor, the characters... I'm happy that giving into my impulses turned out great this time :D

The story starts with Gavin being drunk and having his pity party interrupted by his best friend and his reading club. It turns out Gavin fucked up and his wife just got fed up with him and asked for a divorce. The thing is they still love each other, but he's an idiot male who ignores their marital problems.

Thea is impulsive at heart, but she gave up her carrier/schooling and stopped standing up for herself when she accidental fell pregnant. She changed her style, became super organized, and stopped trying to connect with her husband since he was so much time away from home and didn't seem to actually care about their home life. In her place I would have kicked him out too.

Gavin finally realizes that he fucked up big time, and most importantly, decided that he wants to fight for the woman he loves and for his family. Here comes the romance book club. A few men started reading romance novels as a way of trying to understand what women think and want. Hilarity ensured after that.

I mostly loved the humor in this book. Ms Adams has a way of being blatantly funny and writing genuine characters that come out as being very real. I am curious to see if she'll transform this book in a series because I kind of want to see Thea's sister's story and all the back stories of the other men in the reading club.