She don't care, until she does...
Chasing His Honey Badger by Golden Angel is LIVE!!! 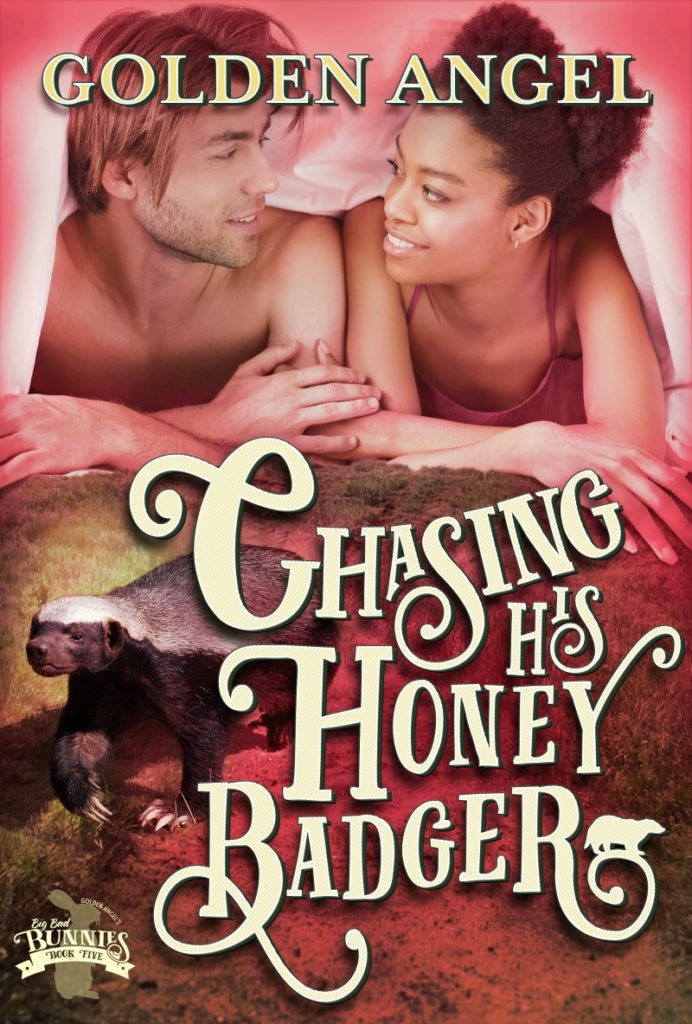 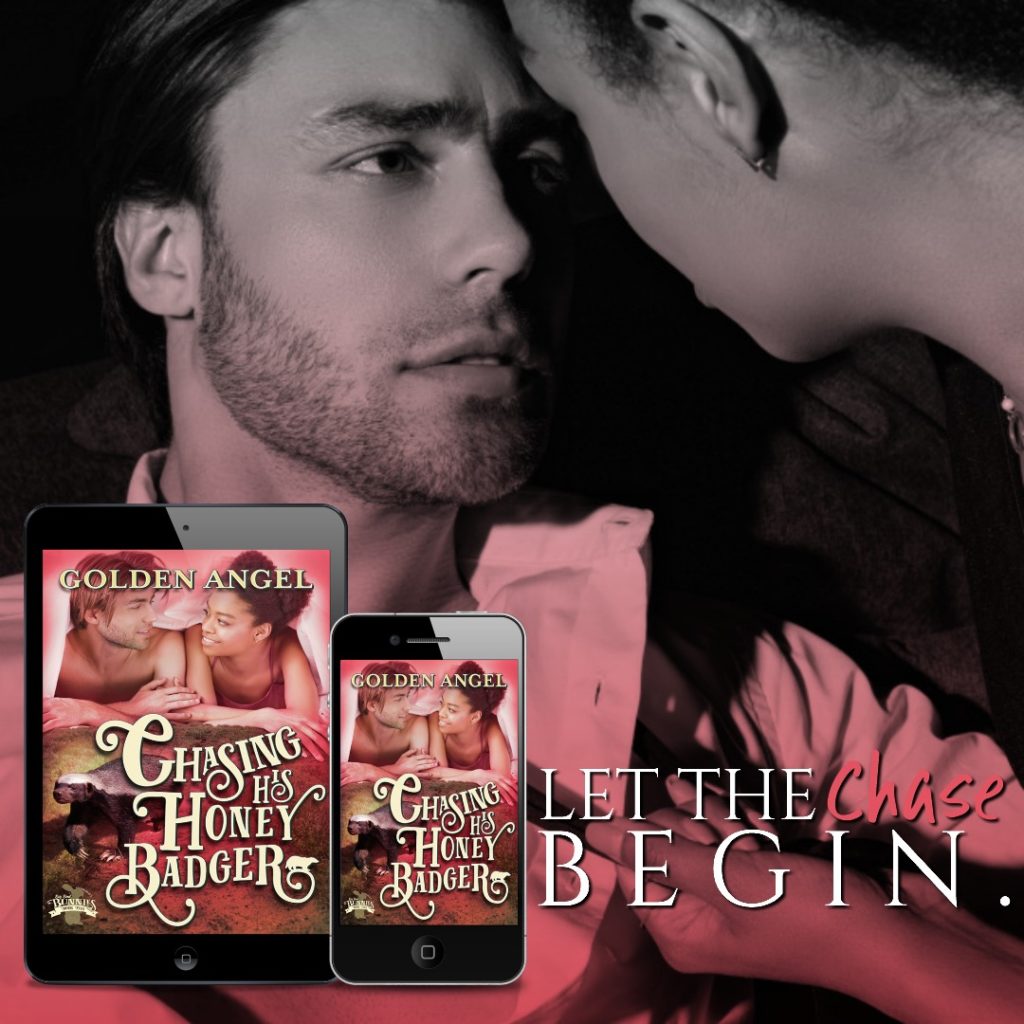 BLURB:
Honey Badger Princess Rana Morn has anosmia - she can't smell a thing. And honey badger don't care, except the condition prevents her from ever knowing who her true mate is. With two so-called 'mates' in her past, this shifter strictly guards her heart now. The reward of finding her forever love just isn't worth the risk of more pain.

After years of captivity and relentless experiments, Brice Bunson has no fear. That is, until he meets his mate and realizes she may never know they are a match. But with the help of his eager and nosy siblings, Brice is sure he has what it takes both in determination and charm to eventually claim Rana's heart.

Yet before Brice and Rana can sort out their pairing, The Company mounts a new threat that threatens them all. This battle of the heart will quickly become a battle for everyone's lives.

About Angel
Angel is a self-described bibliophile with a "kinky" bent who loves to write stories for the characters in her head. If she didn't get them out, she's pretty sure she'd go just a little crazy.
She is happily married, old enough to know better but still too young to care, and a big fan of happily-ever-afters, strong heroes and heroines, and sizzling chemistry.
She believes the world is a better place when there's a little magic in it.