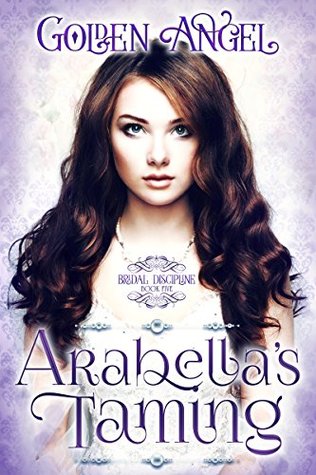 Lady Arabella Windham, sister to the Duke of Manchester, has given up on ever attracting the positive attention of Lord Thomas Hood. After discovering he still sees her as the same hoydenish young woman she was in the past, no matter her current perfectly ladylike behavior, and realizing she will never match up to his infamous list of attributes for a wife, she throws caution to the wind and becomes more reckless than ever.

Why bother being good if it's not going to even be noticed, much less acknowledged?

When her return to feckless and indiscreet behavior results in disgrace however, it's Lord Thomas Hood who is caught up in the scandal with her. With a strong-willed bride determined to make her new husband dance to her tune and a stubborn lord determined to curb his new wife's imprudent ways, is a happily-ever-after even possible?

This is the last book in the Bridal Discipline series and contains a strong alpha male, a sassy and rebellious heroine, and some heavy handed (and fun!) discipline.

I didn't know what to expect about this one... I can't say I liked Thomas that much in the other books, but I loved Arabella. I went in expecting to enjoy her parts of the book and to tolerate him *grins* It went much better!

Thomas is a stuffy, stuffy heir to a Viscount. He's proper, well behaved and dominant in the bedroom. When he sees what mischief Arabella can do, he's appalled and kind of mean. He tells her brother he would never choose her to marry. Que our heroine who was listening at the door.

Arabella has tried to conform more to Society's norms for Thomas, she has a crush on him, so to hear him(listening at the door is bad!) disparage her efforts and herself is devastating. She decides if he can't see how much work she's been putting to be more like his "ideal wife" then he doesn't deserve her. She starts getting into trouble more and to treat Thomas differently. A lot of problems arise... And I'm not telling you more, because you have to read this lovely story for yourself.

PS: I absolutely loved the scene where he finally recognized that what he was feeling for Arabella was love.