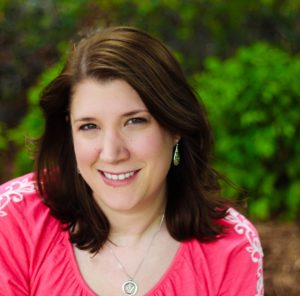 Roni wrote her first romance novel at age fifteen when she discovered writing about boys was way easier than actually talking to them. Since then, her flirting skills haven’t improved, but she likes to think her storytelling ability has. If she’s not working on her latest sexy story, you can find her cooking, watching reality television, or picking up another hobby she doesn't need--in other words, procrastinating like a boss. She is a RITA Award winner and a New York Times and USA Today bestselling author. 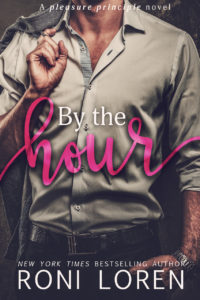 From the New York Times bestselling author of Off the Clock comes a story of love, hate, and the fire that ignites when the two collide...

Dr. Elle McCray has a plan. Work hard. Be the best. And do it alone. After her ex-husband’s betrayal, she’s learned being feared is a hell of a lot easier than being humiliated. So when trouble personified, Lane Cannon, dares to flirt with her, she shuts him down cold. Too gorgeous. Too cocky. And his job as The Grove’s sexual surrogate is to sleep with patients. No, thank you.

Former escort Lane Cannon has spent enough years with people looking down on him. Stupid. Trailer trash. Rent boy. He’s heard it all. He’s worked too hard to shed his past to let some haughty doctor cut him down. But something about Elle’s ice queen act has his dominant instincts perking up and his body taking notice. He can’t walk away.

After an evening of verbal sparring turns into a night of steamy hate sex, Lane’s ready for round two. But Elle proposes a business deal. How better to keep things strictly physical than to pay him for his services?

Lane wants her, not her money. But he’ll play along in exchange for one thing—all the control. It’s only supposed to be a dirty little fling between colleagues, but these two are about to learn a lesson in love…by the hour.

What research do you do for your books?

When most people hear that I write contemporary or erotic romance novels, they assume that I don’t have to do much research to write them. (Not like a historical or suspense writer would, at least.) OR they assume that I must have some crazy, swinging-from-the-chandeliers life to write sexy books and spend all my time visiting sex toy stores or something. Neither is the case.
In every book I write, there are bound to be things I have to research. Sometimes it’s something obscure like what kind of flowers would grow in the area during that time of year. Or it may be double-checking that fictional places I create (cities, restaurants, stores) don’t actually exist. But other times, it’s more extensive.
For By the Hour, I had to do a good bit of research on Surrogate Partner Therapy, which is a real form of therapy. In the book, Lane, the hero, is a surrogate who helps women who are having sexual or intimacy problems. I knew the practice existed because in my former life, I was a therapist—not a sexual surrogate though, lol—so I’d heard of it. But I didn’t know the specifics, the standards, the certification, etc. It was really interesting research and hopefully I represented it well in the book.
I also had to do some research on dyslexia because a character in the book is dealing with that. I knew some basics but, once again, didn’t want to get anything wrong. I needed to know what kind of accommodations can help, what the typical challenges are, and how it differs in adults.
Then, I got to do some straight up fun research. A portion of the book takes place in the Garden District of New Orleans. Now, I’m from a suburb of New Orleans, so I have a working knowledge of the city and still visit often. However, I didn’t just want to describe an imaginary house. So I went on a real estate site and found the perfect house in the area for the heroine’s family. I did the virtual tour (and drooled over how gorgeous it was) and then used it in the book. That was fun. Next time I go to NOLA, I need to drive by and check it out, lol.
Those were the big things I had to research for this book. Who knows what the next book will bring? But I’m a nerd, so researching new stuff is always exciting to me. : )


Check out the other books in the  Pleasure Principle series: 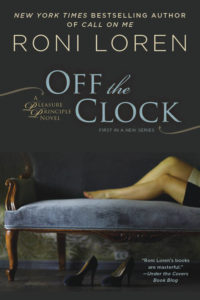