Bethany Michaels is the author of over a dozen contemporary novels and novellas as well as a handful of Regency-set historicals and light paranormal romances. The first book in her Nashville country music series, Nashville Heat, was an RT Book Reviews Reviewers' Choice Award nominee.

When not working on her next book, Bethany enjoys movies, traveling, camping, hiking, and volunteering with her kids' scout troops. She lives in Nashville, Tennessee with her husband and four teens. 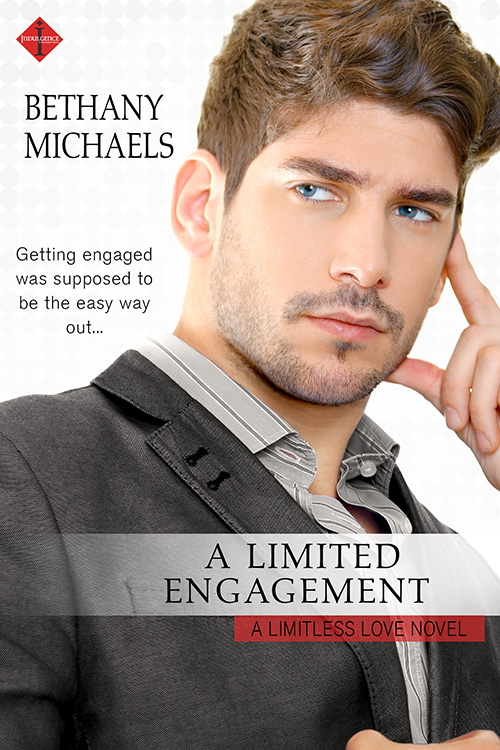 Derek Sawyer, sexiest bad boy on the racing circuit, is about to land a huge sponsor. The only problem is the oil baron’s daughter wants to make Derek part of the deal. Worried he’ll offend the old billionaire if he rejects his daughter, Derek comes up with the perfect plan—pretend he’s already engaged to his friend Lilly.
Lilly Harmon used to daydream about her childhood crush Derek proposing to her…but not like this. Of course, she just lost her boyfriend and her job, so her five-year plan is already smashed to hell. Pretending to be with Derek might help her get her PR career back on track.
But the oil baron’s daughter won’t give up that easily, and Derek’s parents believe the engagement proves he’s become the son they always wanted.
Money. Family. Love. The truth could destroy everything. And to think this engagement was supposed to be the easy way out.
Purchase: Amazon | Barnes & Noble | iTunes | Kobo