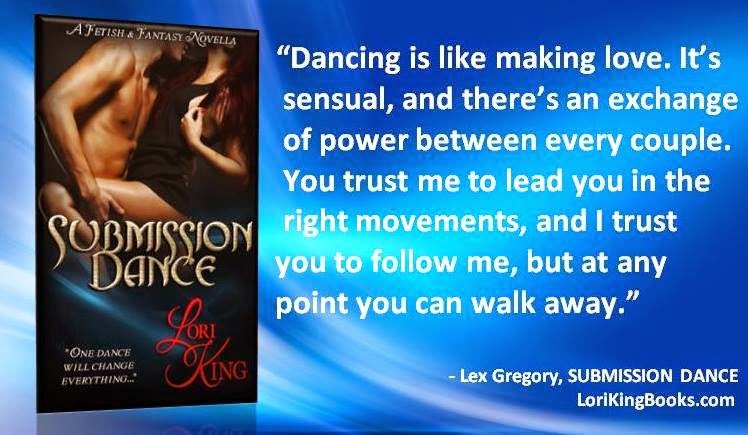 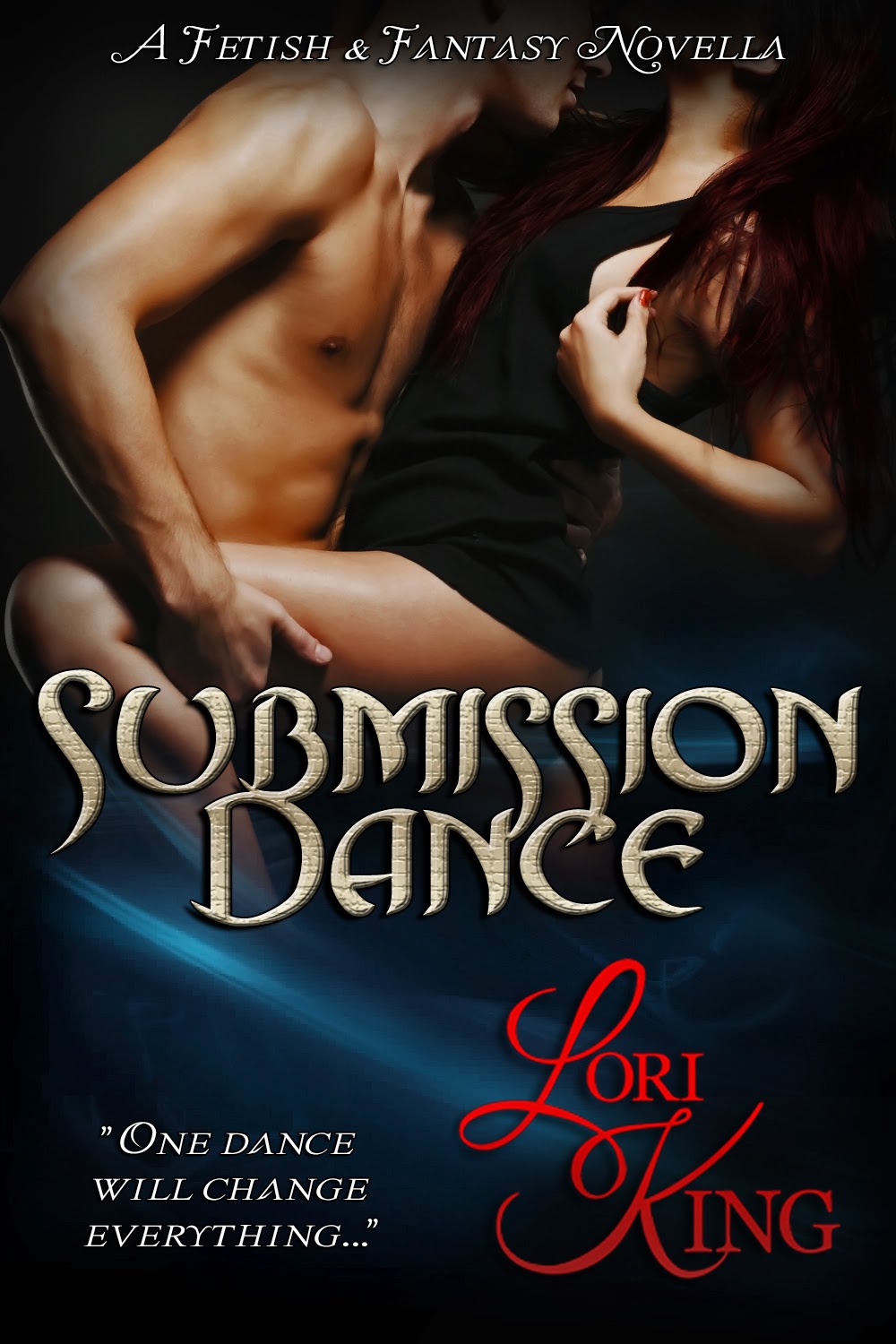 Marley Saltzman has a secret fantasy. She wants to let go of everything, and submit to a Dominant. Intrigued by her friends BDSM lifestyle, she convinces him to put her on the guest list for his monthly fetish party. She had no idea how far out of her element she would be until she came face to face with an experienced Dom.
Lex Gregory has been nursing heartache and raising his daughter alone for so long he barely remembers what a submissive feels like at his feet. When he meets Marley, he can’t believe that the naïve woman ever thought she could handle kink. All too quickly his need for her refreshing innocence and lack of preconceived notions grows, and he has to have her.
The two began a subtle dance of sexual submission and wit that leads to a night of passion and unanswered questions. Will this dance end in heartache, or will they both find their darkest fantasies fulfilled?
Warning: Adult Themes-For Mature Audiences. Contains language and actions some may deem offensive. Sexually explicit content. M/F, graphic language, consensual BDSM, spanking, public sex, HEA.
Amazon: http://www.amazon.com/Submission-Dance-Fetish-Fantasy-Novella-ebook/dp/B00M4SOPJ8/
B&N:  http://www.barnesandnoble.com/w/submission-dance-lori-king/1120008784?ean=2940149830909
ARe: http://www.allromanceebooks.com/product-submissiondance-1573068-147.html
Smashwords: https://www.smashwords.com/books/view/459027
iTunes:  https://itunes.apple.com/us/book/submission-dance/id901426151?mt=11&ign-mpt=uo%3D4
Kobo:  http://store.kobobooks.com/en-US/ebook/submission-dance
GooglePlay:  https://play.google.com/store/books/details/Lori_King_Submission_Dance?id=3uAVBAAAQBAJ 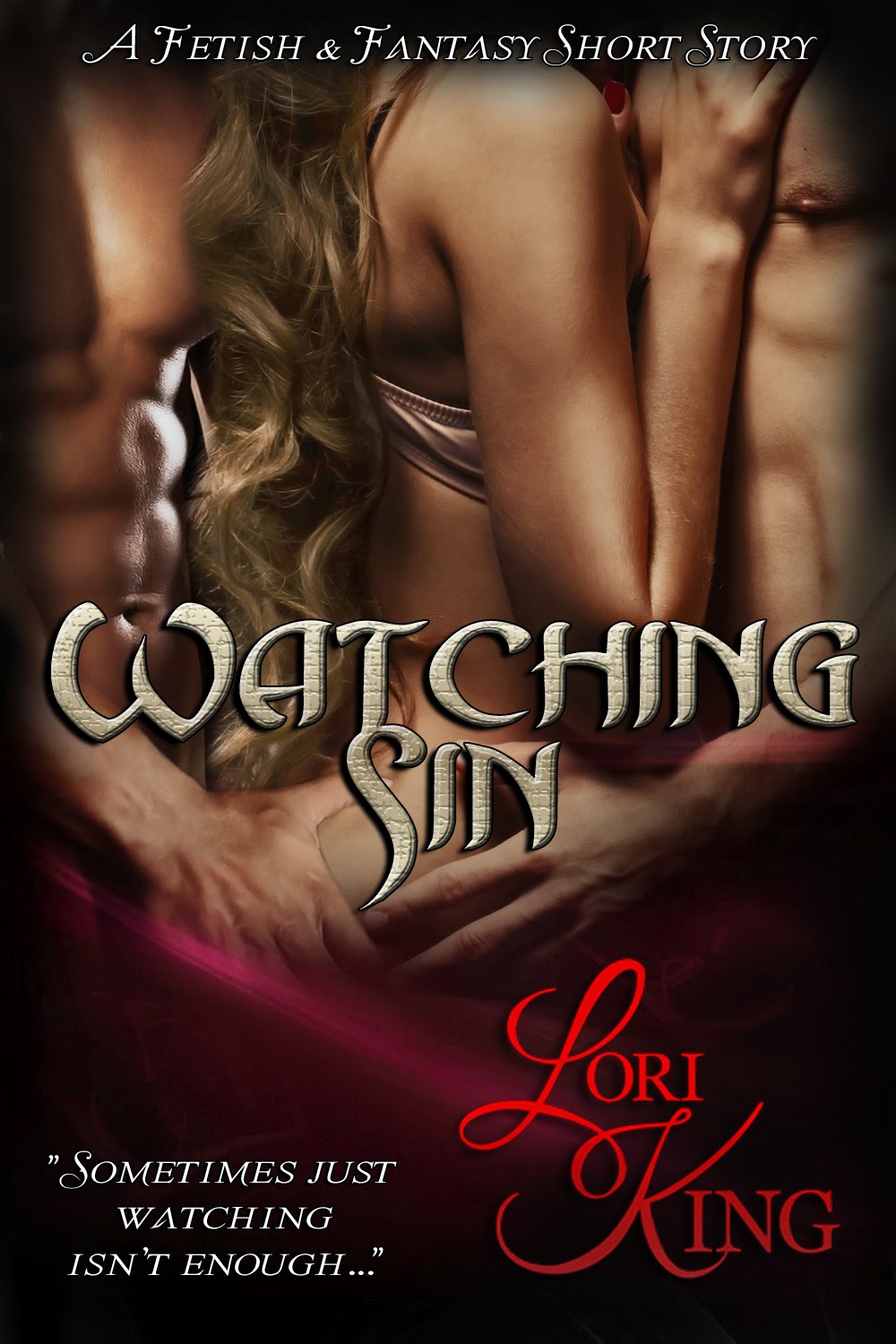 Hi Lori :) Glad to have you here.
Thank you so much for having me Aly!

Now, to start, what inspired you to write the "Fetish & Fantasy" series?
These stories were born out of my desire to explore various fetishes and kinks that didn’t necessarily fit into my normal contemporary western, and paranormal series.

What do you think makes Lex irresistible? How about Marley?
Lex’s alpha male nature, blended with his sensitive soul make it absolutely irresistible. He’s an experienced Dominant who has avoided committing to a submissive in order to focus on his daughter, but once he found his soul-mate he did everything in his power to win her over.

Marley is an everywoman’s woman. She’s funny, and personable, and her sense of humor and sarcastic nature kept me on my toes while I wrote her story. The passion between her and Lex singed the pages, and I truly found myself rooting for the two of them.

How did you create your characters? Were they inspired by real people?
I spotted Marley’s model first. The image of her grabbed my attention and I couldn’t get it out of my mind. I began sculpting her character slowly, jotting down notes as she whispered to me late at night. Lex is probably my dream guy—outside of my husband that is J. I hurt for him when I learned his past, and I cheered for him when he fell for Marley.

What scene did you have the most fun writing? Why?
My favorite scene in this book is actually the moment when Marley gives Lex her safeword, because the one she picks seems so natural for her character, but would actually be hysterical if someone yelled it out at a Fetish party.

“Yes isn’t a safeword, Marley.”
“No, I mean yes, I’ll stay, and I want to play with you, or you know, learn from you, but I don’t know what my safeword is. I’ve never picked one before.”
As the Domme and the other submissive helped release Foster’s cuffs from the hook that had been holding him, Lex turned and led Marley away from the room and into an art nook next to a painting and a vase full of fragrant orange flowers. People chatted nearby, paying them no attention as they sought a moment of privacy.
“Surely you’ve considered it, princess? You said you’ve been intrigued by BDSM for a while.” Lex narrowed his gaze on her. He was so tall, and she was so short that they seemed an unlikely pair, and she wondered if she should have worn high heels to this event. Then again, as much walking as she’d done, her feet would have been killing her by now.
“Stop stalling, Marley. My cock is aching and my skin is tingling with the need to strip your clothes off and taste every inch of you.”
“Starbucks.”
“Starbucks? Is that the word you’re choosing?”
“Yep. If I’m thinking about Starbucks then there’s no way I’m finding pleasure,” she said with a firm nod of her head.

How did you start writing?
I’ve been writing fiction pretty much since I could hold a pencil, and before that I was creating worlds in my head and imaginary friends no one else could see. I’ve always had a hundred different stories playing like a movie reel in my brain. It wasn’t until high-school that I really focused my writing and began honing my skill, and even then it took me until 2012 to submit a book to a publisher.

Do you listen to music while you write?
Sometimes, but more often I put on headphones and listen to www.rainymood.com just to buffer out the noise from my kiddos.

Did you always want to be an author?
I’ve always wanted to be an entrepreneur, and determine my own fate. I fell into the business of writing and publishing, but I’ve certainly found my dream job.

Does your family read your books?
My mom and my sister are two of my Beta readers, and they are probably the toughest critics I have. I love them dearly for their honesty. My Dad is super proud of my accomplishments, but he’s not interested in reading the books. LOL

What did you read as a kid?
Everything I could get my hands on. I was the kid who volunteered to be sent to my room for a punishment because it meant I could read.

Can you tell me some of your favorite authors? How about books?
I have too many favorite authors to list, but I do have five books that I believe have really influenced me as a person and a writer:

1.     The Giver by Lois Lowery - I read this book in junior high and it stuck with me. The idea that society as a whole would agree to "forget" everything terrible in the past in favor of ignorance really left an imprint on my brain, and seeing the main character overcome his circumstance, encouraged me in a dark time in my lie.

3.     Phenomenal Woman by Maya Angelou - Okay, so it's a poem not a book, but it's still a story to me. Maya Angelou made me realize that all women are strong, some are just quieter about it than others.

4.     Hawke by Ted Bell - This was the first spy novel I ever read, and it intrigued me. Ted Bell was also the first series author I read save for juvenile books and Bertrice Small's. I loved the idea of following a group of characters through their lives and experiences, and really getting to know them in depth.

5.     The Timekeeper by Anna Riphahn - I read this book in early 1997 and when my friend Anna published it she was only a teenager, but she wrote and illustrated a book. She catapulted my dreams of becoming a published author. Sadly, Anna passed away on November 15, 1998 at the young age of seventeen. I remember her fondly, and I believe that without her and this book I never would have pursued my publishing dreams.

What are you currently working on?
Today I’m working on Honor of the Wolf, the sixth book in The Gray Pack series. I have dozens more stories started, so I couldn’t even guess what project will be next.

A few short answer questions:
Tea or coffee? Sweet tea
Sea side or mountains? Mountains
Sweet or salty? Chocolate covered pretzels would give me both…
Print or ebook?Ebook
Movies or TV shows? TV Shows
City or small town? Country living is what I love! (Do you hear the Green Acres theme song yet? I could hum a few bars…) 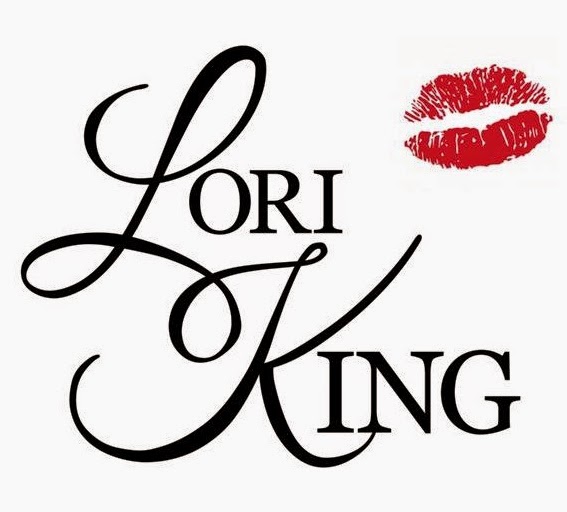 Lori King is an everyday woman, born and raised right smack in the middle of the country in the ever-conservative state of Kansas. She juggles three sons, a husband, a dog, a turtle, and way too many extra-curricular activities to mention.
Writing is a way of stepping outside of the real world, and embracing something new and different for her. A hopeless romantic, she spends her days dreaming up Alpha men, and her nights telling their stories while always looking for the happily ever after. Find out more about her current projects at http://lorikingbooks.com.