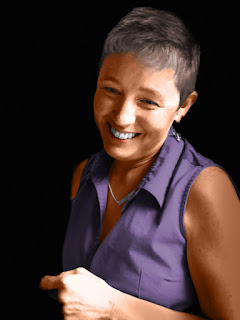 When I started writing BDSM romance, I came into it as a Male Dom/female sub writer, because I’m a female submissive myself. But when my second title, Holding the Cards, hit a creative wall, I decided to flip the script and see what happened if the hero became the submissive. The story opened up and flowed from there forward. It opened me up as an author as well, because from then on, I let the characters lead me. As such, I’ve had the pleasure of exploring all different Dom/sub dynamics in my books: M/f, F/m, M/f/M, F/m/f, M/m, IR, etc. That includes relationships dealing with disabilities, like my most recent book, In His Arms, where my Dom hero is a paraplegic.

Those journeys haven’t limited themselves to my three contemporary series. In 2007, I had the opportunity to do something I’d wanted to do for a very long time; write a vampire series where the vampire-servant bond was an extreme and intense D/s relationship. Now I’m up to over 15 books in my Vampire Queen series. I’ve also done two other paranormal series (mermaids/angels and witches/sorcerers) that have a Dom/sub dynamic, though they’re a little lighter handed.

Thanks for checking out my work. I hope you’ll find a story to love. 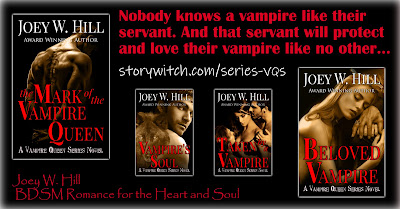 My current work in process is the newest Vampire Queen series book, Vampire Guardian. It should come out late spring 2021, but would you like a peek at it now, to get a feel for my vampire world? Adan is vampire, Catriona is Fae, a tree nymph. Being a gifted magic user, Adan has been called to Club Atlantis to help magically re-structure the BDSM venue to allow non-humans to play without fear of discovery. Catriona is a resident guest of the club’s vampire owner. Her presence doesn’t thrill Adan, because he has no love for the Fae. But when he sees her studying the equipment afterhours, he’s reluctantly drawn to her side to investigate what she is doing…

The knife blade in his tone made her smile vanish. She pivoted back to the St. Andrew’s cross. “If my company offends you, my lord, you can return to your studies. I will not linger here long.”

Adan studied her rigid back, suppressed a sigh. “Tell me what you’re trying to figure out.”

Why the hell was he testing these waters? But he already knew the answer. Simple biology.

Her shoulders tensed, and she tilted her head down, chin to her shoulder, to capture him in her peripheral vision. “How it works,” she said stiffly.

As he closed the distance between them, Catriona flipped around, so fast hyper speed got a checkbox on her list of skills. He logged her rabbiting pulse, the way her eyes had dilated. Flight and defense reactions. His gaze dropped to her hands. Half-curled into fists. Fight reaction.

She pressed her lips together, gave him a short nod. He could instruct her to step up onto the cross’s foot blocks, but he didn’t. He bent and slid an arm around her waist, tightened that hold to lift her. Her willow lean body was surprisingly resilient, and way too female. It set off all the straight male trigger points, designed by the smirking, sadistic gods to respond to a woman’s proximity.

“Put your feet on the platforms.”

When she did, he kept a steadying hand at her waist, and gripped her wrist with the other. He lifted it, aligning her right arm along the upper corresponding piece of the cross. “Leave your knuckles pressed to the wood.”

She obeyed, and he released her wrist to bring down the adjustable handle, guide her fingers beneath it. “Grip that.”

He did the same to her other hand, then placed his over her curled grasp. “Don’t let go of them.”

When depressed with the thumb, a useful tab on the inside of the arms moved the handles up and down. The Dom woodworker had been inspired by a medieval rack, only his or her intentions had far better purpose.

Adan slid both handles up at the same time, straightening her arms further and bringing her up on her toes. A vampire’s enhanced senses were good for calculating reach. A Master’s experience told him where that extra inch was, past which a sub had to strain for him.

It elongated her body, lifted her chest and pressed it against his torso. Her startled gaze flicked down, then up to his face.  His hands were spread over her wrists, his fingertips resting on the base of her palms. Her knuckles were white, and her breasts were quivering. She wasn’t calm.

"The Dom straps your wrists up like this,” he said. “Your ankles to the bottom pieces. He can choose to keep you facing him, or turn you around, depending on what he wants to access.”

Her breath flitted across his mouth like the brush of a feather. "What does he do, once he restrains me?"

Her grey-green eyes became even softer, the color of down. "What would you do to me, my lord?"

If she had left the personal out of it, he could have maintained. But those words, “you” and “too me,” opened the gate to what he wanted to do. He stepped back, releasing her so suddenly one of her feet left the platform. Her hands slipped away from the handles and she gripped the frame to steady herself.

He didn’t leave her, return to his work as he should have. So he was able to see the flipped pages of emotions on her face.

She stood between the bottom pieces of the cross, her back straight. She had her curled hands linked together, elbows bent as she pressed knotted fingers to her abdomen.

"One moment, you look at me with desire,” she said. “Interest. Hunger. The way you look at your scrolls and books, but different. The next moment, what’s in your eyes becomes hatred. So much it hurts."

"Me. You. Everything." The break in her voice betrayed her emotions. "It radiates out, coats the world around you in reds and oranges until you turn your mind from it and draw all that rage back into you again."

He stared at her. "Put your hands and feet back where I had them."

“Why?” She set her jaw, her fingers digging against her stomach. She was having trouble standing against his will. Knowing why did nothing to help the situation he was sinking into deeper by the minute.

“Because I told you to.” He reached out, touched her chin to bring her attention from his throat up to his face. “I still won’t hurt you.”

Her eyes widened at the touch. He hadn’t said the words with any gentleness, but he meant them.

Slowly, she complied. Since the handles were still where he’d moved them, she had to strain to reach them, stretching her body up in an unconscious sexual offering, especially when she spread her thighs to follow the bottom pieces of the cross. He was pushing this, big time, but he didn’t stop himself.

"Red and orange are the colors for passion as well,” he noted. “Anger and passion can get along well enough."

He closed the distance, bringing them almost nose to nose. She had a sweet one, small and straight, nostrils flared with the agitation inside her. When he put his hands over her slim wrists, he watched her lips part, heard the tiny sound in her throat. It almost made his fangs unsheathe.

"I can hate what you are and have you all the same,” he said, low. “Make you beg for more. You'll cherish my hatred, what I can summon from those fires to turn your body to flame."

She trembled. Her eyes, filled with the colors of earth, beckoned him to tumble into their depths. Into the heart of the earth itself, which was flame, too. A different kind of flame.

Her head turned, and she started. It pulled him out of the turmoil of his mind and gut, and what he saw took him off guard, too. Whatever influence he'd had on her mind and emotions had resulted in a resurrection of the wood. The cross now had several cracks in its veneer, tiny shoots coming forth, green leaves unfurling as they watched.

“Life doesn’t respond to hate, my lord,” she said softly.

If you’d like to learn more about the Vampire Queen series, you can find all the books in the series here - http://storywitch.com/series-vqs. This includes buy links, excerpts, and which books can standalone, if one grabs your attention more than another. Look for Vampire Guardian late spring/early summer 2021! 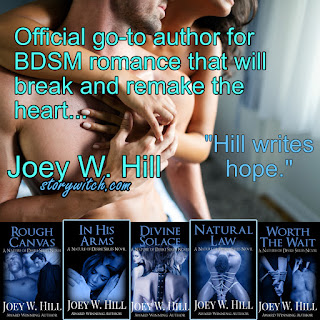