Bestselling and award-winning author Aubrey Wynne is an elementary teacher by trade, champion of children and animals by conscience, and author by night. She resides in the Midwest with her husband, dogs, horses, mule, and barn cats. Obsessions include wine, history, travel, trail riding, and all things Christmas. Her Chicago Christmas series has received the Golden Quill, Aspen Gold, Heart of Excellence, Maggie award, and thrice nominated as a Rone finalist by InD’tale Magazine.

Aubrey’s first love is medieval romance but after dipping her toe in the Regency period in 2018 with the Wicked Earls’ Club, she was smitten. This inspired her spin-off series Once Upon a Widow. In 2020, she will launch the Scottish Regency series A MacNaughton Castle Romance with Dragonblade Novels. 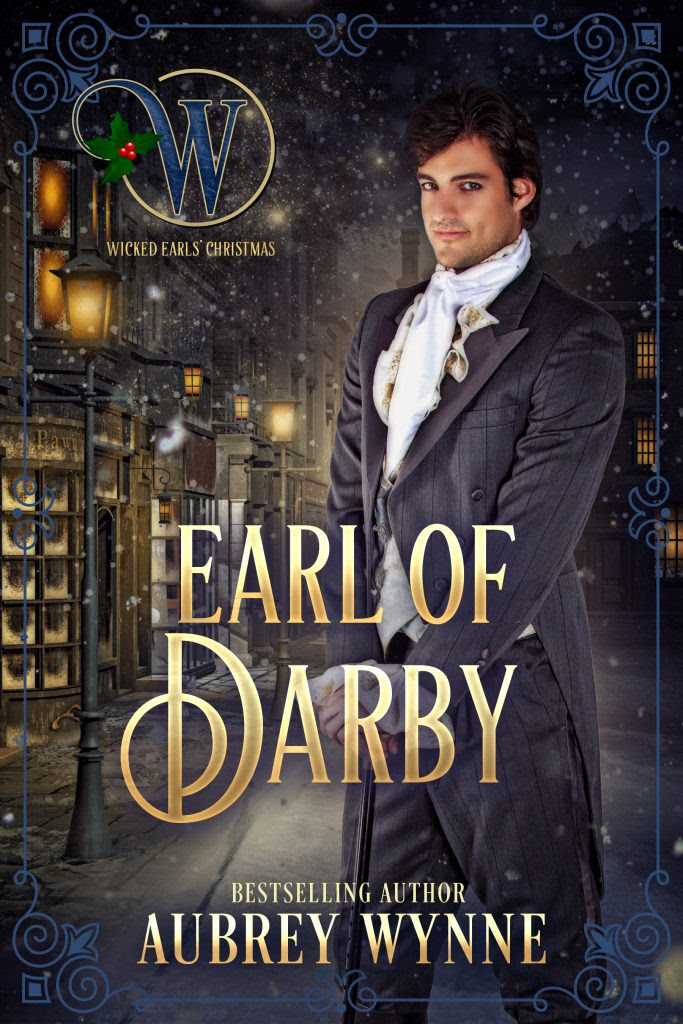 Miss Hannah Pendleton is nursing her pride after her childhood crush falls in love with another. Determined to break a few hearts of her own, she hurls herself into the exciting and hectic schedule of a first season. Hannah finds the glitter and malice of London and its society both intriguing and intimidating. Always clever and direct, the smooth manners and practiced words of the gallant but meticulous bachelors do nothing to stir her soul until…

Since his wife’s suicide on their wedding night, the Earl of Darby has carefully cultivated his rakish reputation. It keeps overprotective mamas at bay and provides him with unlimited clandestine affairs. But when Nicholas sees a lovely newcomer being courted by the devil himself, her innocence and candor revive the chivalry buried deep in his soul. The ice around Nicholas’s heart cracks as he desperately tries to save Hannah and right a hideous wrong committed so long ago.

Her gaze moved away from his sister and her golden-brown eyes held his. The reaction he tried to pretend hadn’t happened before, now hit him again full force. “Miss Pendleton, it is a pleasure to see you again,” he greeted with a bow over his hand. The scent of apricot settled on him as he kissed her gloved knuckles, his lips lingering as the warmth bombarded his innards.
Fiend seize it! Those full lips, curling up into such a smile, had made him daring. Perhaps it was certainly the brandy that caused this breach of control.
Her evening dress of Pomona green, with deep gold ribbons that matched the honey streaks in her hair, hugged her curves as she moved into a slight curtsy. “My lord.”
Lady Roberta descended upon them. “Welcome. We have a delicious menu planned, and I’ve selected some entertaining parlor games for later.” She held out her hand to Nicholas with an impish grin said, “Please don’t be uncomfortable because of my past indiscretions. I promise to keep my hands to myself. I’m quite the matron these days.”
That created a round of guffaws. It put Darby at ease and he responded good naturedly, “I somehow doubt that term will ever apply to you, my lady.”
After two glasses of claret and Lady Roberta’s lively regale of her adventures in the West Indies, they entered the dining room. Since the party was not large, a smaller table had been set up for a more intimate meal. He found himself next to Miss Pendleton with his sister seated across from them. He poured wine for both of them while he deliberated on the next topic of conversation.
“Are you enjoying London, Miss Pendleton, or are you missing the country?” He turned to give her his full attention, ignoring the glare from her brother. Dash it all, he was only conversing with her. And the devil, how the wine had gone to his head.
“I am enjoying myself immensely. There is so much to see, so many family names I’ve heard of that I am able to put a face to.”
Her hand touched his forearm and he almost laid his own palm on top without thinking. The candlelight reflected chips of gold in her eyes as she spoke, and he found himself praying no one else would speak to him. He couldn’t pull his gaze from her. “Where have you been since we last met? Who have you met?”
As she spoke, he studied her face. The flawless ivory skin, the pert nose with a dash of freckles across the top, the glorious brown waves, and the hollow at her throat that begged for a kiss.
“Lord Darby? Did you say you knew them? Lord Falsen and his wife?” Miss Pendleton waved a hand in front of his face and gave him an odd look.


Bollocks! He was acting like a green boy! “Uh, yes. Yes, we’ve been introduced and move in the same circles. Did you receive an invitation from them? Their affairs are usually such a crush.”