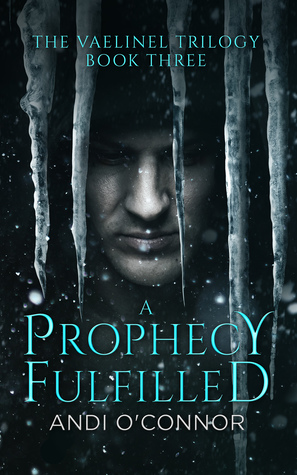 
Regrouping after their escape from the Light Elves, Irewen and her companions fear the worst after black smoke plumes on the horizon. Allowing compassion to rule over reason, they ignore Finnwyn’s warning and return to Lilendvelle, hoping to help some of the survivors stranded in the city’s wake. Instead, they run into a trap.
Completely surrounded by an endless army of Drulaack, they fight for their lives, but their efforts aren’t enough. Irewen is captured and dragged into the heart of the Corrupter’s lair.
Having his prize, the others in the company are granted their freedom, but at a great cost: the one named in the prophecy who is meant to unite the elf forces and stand against the Corrupter is lost to the world – trapped beneath the Corrupter’s talons.
With the aid of his mother’s spirit, Brendell must now find a way to gather an alliance strong enough to march against the Corrupter and his army, but his time is running out. Each day that passes brings Irewen closer to death.
And the world closer to destruction.

Hi Andi O’Connor :) Glad to have you here.
Thank you so much for having me!

Now, to start, what inspired you to write the The Vaelinel Trilogy?
I got an idea for a series of short stories about a woman and a white lion who would go about the world and help people in dire situations, and I started writing. As the story evolved and grew, I realized that instead of a few short stories, I had the first book in a trilogy on my hands. Silevethiel is book one, The Speaker is book two, and A Prophecy Fulfilled is book three.

How would you describe the story to someone who hasn't read it yet?
A Prophecy Fulfilled is an entertaining mix of epic fantasy and paranormal that features strong female characters. It has a wonderful balance of action scenes that build excitement and move the plot forward, as well as introspective scenes that delve deeply into the thoughts of the characters, allowing the reader to understand and experience the characters’ emotions as if they were their own.

What do you think makes Laegon appealing? How about Irewen?
Laegon realizes that although he’s powerful and is a prince among the Wood Elves, he’s not infallible. He makes mistakes, recognizes them, and works to fix them and become a better person and leader.
Irewen is naïve in some ways, yet in others, she’s wise beyond her years. Quite a lot is expected of her, and she battles depression and suicidal thoughts. However, her love for her friends and her determination to not give the Corrupter what he wants push her, and she begins to realize her self-worth.
Laegon and Irewen are relatable. My readers tend to see a little bit of themselves in most of my characters, and sometimes my readers have told me that through my characters, they’ve discovered things about themselves that they didn’t previously recognize. All of my characters are complicated. I mean, we all are, aren’t we? They don’t fall into the typical tropes of fantasy characters, which makes them fun, engaging, and exceptionally human. (Even the lions!)

How did you create your characters? Were they inspired by real people?
I don’t create my characters. They create themselves. I begin with a basic idea of who they are, but they evolve and grow as I write, letting their true identities shine through. I don’t base any of my characters off of specific people, but there are certain characteristics, either of my own or of people I’ve met, that do come through.

What scene did you have the most fun writing? Why?
One of the scenes that I had the most fun writing was the very first scene because it allowed me to delve into the Corrupter’s past and show that he’s not just evil because I say so. There’s a reason he became who he is and why he does the things he does.

"Of course you wouldn't," the Corrupter sneered. "You were perfect. Beyond any wrongdoing or fault. You were everything our parents wanted in a son. I was a mistake. An unfortunate accident they were cursed with for the remainder of their long, tedious years. No matter what I did, it was never good enough. Never right. Never deserving of their praise.
"You, on the other hand, could do no wrong in their eyes. Our parents gave you nothing but praise. You had no way of understanding the pain you caused me. You were told to believe that it was normal. That it was right.”
Kildür’s expression darkened. “But regardless of what you were taught, you were cruel to me. Crueler than anyone else. And I never forgave you. And I never forgot."
Greldir's palms turned clammy, and he nervously wiped them on his trousers. "We were children," he said. "Surely, you can't still hold a grudge now, tens of thousands of years later. All siblings tease each other. Even my own sons continue to tease one another, and they're both nearly five thousand years old."
"No, my brother. The time for excuses is over. What you did to me was far more than playful teasing. It was abuse. It was torture. And I will have my revenge."
Greldir couldn't speak. The paralyzing fear consuming his body was unlike anything he'd ever experienced. The room felt like it had expanded to a hundred times its original size. He stood in the center, surrounded by a pack of furious Guardians hungry for his blood. They slowly closed in around him, snarling as they inched nearer. There was nowhere for him to hide. Nowhere to run. No way he'd succeed in a fight.
All he could do was cling to a feeble hope that Kildür would spare his life.
The Corrupter slowly leaned forward. His face hovered inches before Greldir's. Shadows from the flickering candlelight danced about Kildür's already menacing features. His lips curled back, revealing a devilish grin.
"Welcome to Hell, my brother."

Why do you write Fantasy?
Thanks in part to my mom’s love of books, I’ve always been a big reader, and I’ve never been short of creativity. One day in college, I starting writing down an idea I had for a book. It was meant as a fun activity to help with some of my stress, and I would shelve it for months or years at a time.
My mom died in 2011, and I decided to sit my ass in a chair and finish the book in her memory as a way to help me cope with some of my grief. Once it was finished, I decided that I might as well see if I could get it published, and The Lost Heir was born. Things carried on from there, and my career took off. Eight years, two series, and six books later, I’m grateful that I decided to plant my butt in that chair.

Do you listen to music while you write?
I used to, but lately I’ve been preferring silence. Sometimes if the silence gets to be too much, I’ll put some British Comedies on low in the background. I have the shows memorized, so I don’t get distracted by listening to them, and it becomes light noise to help ease the overbearing silence.

Did you always want to be an author?
No. As I explained above, my career as an author was rather accidental. I actually majored in music with a concentration in cello performance, and I taught and performed for a number of years after graduating.

Does your family read your books?
My husband reads them, but that’s about it.

What did you read as a kid?
I loved The Boxcar Children when I was younger, but my first delve into Fantasy was Philip Pullman. When I was twelve, I discovered Terry Brooks and became obsessed with him and with Fantasy. I also enjoyed Terry Goodkind when I was in high school.

Can you tell me some of your favorite authors? How about books?
Terry Brooks, Juliet Marillier, Urusla LeGuin, Douglas Preston and Lincoln Child, Mercedes Lackey, D.L. Young, and Robin Hobb.

What are you currently working on? I’m working on the first book in my new Balance Of Time series called The Door. It’s an Urban Fantasy series involving time travel and the gods of Pestilence, Famine, Hope, and Peace.

A few short answer questions:
Tea or coffee? Both
Do you prefer the sea side or the mountains? Seaside
Sweet or salty? Both
Print or ebook? Print 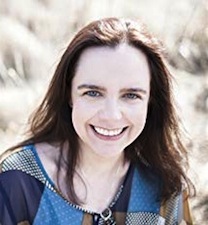 Author Bio:
Andi O'Connor is the award-winning author of The Dragonath Chronicles, The Vaelinel Trilogy, and The Legacy of Ilvania. The Speaker is the 2018 Independent Press Award Winner for Fantasy and a Finalist in the 11th Annual National Indie Excellence Awards. Andi's novel, Awakening, is a 2018 Independent Press Award Distinguished Favorite for Fantasy. Her critically acclaimed novel, Silevethiel, is the 2015 Best Indie Book Award winner for Science Fiction/Fantasy and the 2015 New Apple Official Selection for Young Adult. Silevethiel was also named to Kirkus Reviews' Best Books of 2013.
You can frequently find Andi as an exhibitor and guest panelist at Comic Cons throughout the country including the Rhode Island Comic Con, Awesome Con, Philcon, Conclave, and Chessiecon. For more information, visit Andi's website at www.andioconnor.net