Spotlight+Guest post: Rules for a Rogue by Christy Carlyle

Fueled by Pacific Northwest coffee and inspired by multiple viewings of every British costume drama she can get her hands on, Christy Carlyle writes sensual historical romance set in the Victorian era. She loves heroes who struggle against all odds and heroines who are ahead of their time. A former teacher with a degree in history, she finds there's nothing better than being able to combine her love of the past with a die-hard belief in happy endings. 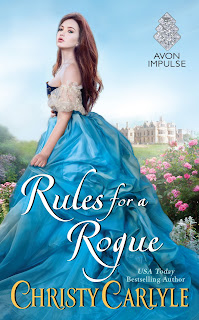 #1 Love freely but guard your heart, no matter how tempting the invader.

#3 Scorn rules and do as you please. You are a rogue, after all.

Rules never brought anything but misery to Christopher “Kit” Ruthven. After rebelling against his controlling father and leaving the family’s etiquette empire behind, Kit has been breaking every one imaginable for the past four years. He’s enjoyed London’s sensual pleasures, but he’s failed to achieve the success he craves as London’s premier playwright. When his father dies, Kit returns to the countryside and is forced back into the life he never wanted. Worse, he must face Ophelia Marsden, the woman he left behind years before.

After losing her father, Ophelia has learned to rely on herself. To maintain the family home and support her younger sister, she tutors young girls in deportment and decorum. But her pupils would be scandalized if they knew she was also the author of a guidebook encouraging ladies to embrace their independence.

As Kit rediscovers the life, and the woman, he left behind, Ophelia must choose between the practicalities she never truly believed in, or the love she’s never been able to extinguish.

When studying history, I’m always drawn to how events of the past relate to women. As a history major in college, I was most interested in social history. I wanted to know how people lived, what they wore, ate, did for work, and what how they entertained themselves. Within those topics, I often found myself focusing on women’s experiences.

Women during the Victorian era particularly fascinate me because so much in society was changing, and it had a direct impact on families, women’s education, and their opportunities outside the home. By the late Victorian era, which is my favorite time to write about, women were gaining a bit more independence, the women’s suffrage movement was in full swing, and avenues for employment opened up, giving ladies a bit more independence.

That’s not to say it was a rosy time. Industrialization created environmental problems, illnesses were often treated ineffectively, and early in the century women didn’t even have the right to own property. However, there is a distinct sense of change in the later Victorian years. A sense that the future would and could be an improvement, especially technologically. In many ways, Victorians’ hopes were true. Trains sped up travel times, the telegraph improved communication, and advances in medicine meant folks had better odds of surviving surgery or illness.

Perhaps my favorite part of studying the Victorian era is that it was so long, so complex and ever changing, that I never get bored. 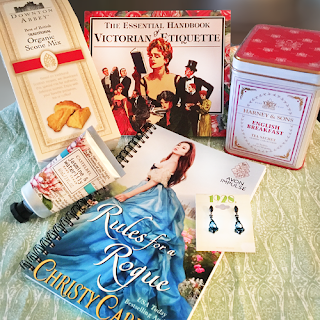