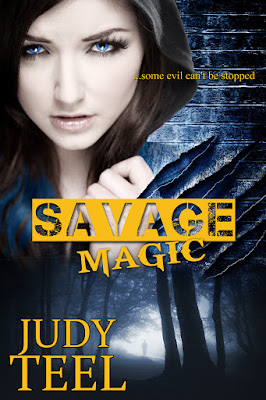 A deadly disease from an unknown origin…

Addison Kittner and ex-FBI agent Cooper Daine arrive at Bone Clan expecting a warm welcome. Instead they’re imprisoned and placed under quarantine, where they discover that the werewolf mountain Clans are being decimated by a deadly plague which can’t be cured.

An old obligation that changes everything…

With only a few days to live, Cooper’s brother, Alpha of Bone Clan, asks Cooper to fulfill his promise, one that’s crucial to their Clan’s survival. But if he does, Cooper risks loosing Addison. Forever.

An ancient creature bred for genocide…

Determined to stop the plague and cure Cooper’s brother, Addison defies Clan law and sneaks away to an ancient ruin which might hold the key. There she discovers an unexpected link to her past and inadvertently calls forth an immortal monster that will destroy the paranormal races protecting humanity if it can’t be stopped.

But as Cooper and Addison battle to stop the annihilation of the Clans and the forces trying to tear their bond apart, something even more powerful and deadly gathers just out of sight…

And prepares to strike.

Hi Judy Teel :) Glad to have you here.
Excited to be here! J

Now, to start, what inspired you to write the Shifty Magic series?


I love Urban Fantasy, so knew that would be a good match for me. I started with the idea of Addison and who she was and what kind of circumstances might have made her that way. Then when the idea of paranormal terrorists attacking cities around the world popped into my head, I was off and running.


Savage Magic is the third book in this five-book series and continues the story of Addison Kittner kicking butt and taking names as she uncovers her secret heritage. It’s also the midpoint in Addison and Cooper’s romance arch.

In this adventure, Addison uses her PI skills to uncover the cause of a mysterious pandemic that’s decimating Cooper’s Clan and inadvertently calls forth an immortal monster bred to destroy the paranormal races protecting humanity.

Describe Cooper and Addison in 3 words each.

What do you think makes Cooper appealing? How about Addison?
Top of the list for Cooper is he’s a hot werewolf who used to work for the FBI -- sleekly muscled body, thick brindled hair, silver-green eyes…. He’s confident, persistent and shrewd and can give as good as he gets where Addison is concerned. Everything about Addison is sharp; her wiry athletic build, her face, her attitude – but her eyes give away all the hidden loneliness and pain from being abandoned as a kid, as well as her determination to protect those she cares about. Cooper and Addison make a fiery match that’s fun to write about.


My life isn’t nearly as exciting as Addison’s, so to date, I haven’t based any of the characters on real people. The only exception is one minor character who looks similar to my youngest daughter when she was that age.

What scene did you have the most fun writing? Why?
Anytime Addison comes up against trouble, you know things are going to get interesting. I really enjoyed it when a disgruntled werewolf challenges her to a fight and she gives him a set-down, not because she’s angry, but because she doesn’t want to be bothered with him.

As Noah and I crossed the wide grassy area, the enticing smell of baking bread, coffee, and best of all bacon drifted over us, and we picked up our pace. We were almost to our goal when the stocky male stepped in front of me.
“Human,” he said with a sneer. “What’s so special about you that our Aesei freely claims you?”
Prejudiced much?
I looked him up and down and wasn’t impressed. “Yeah, someone’s really going to have to explain that Aesei part to me. But for now, let’s leave the answer to your amazingly unintelligent question as ‘hidden talents’ and move on.”
The Were crowded in on me. He was only slightly taller than me, which meant that with my kick-ass logger boots on, I could comfortably look him in his hostile, almond-shaped hazel eyes. “As in, move,” I clarified.
“We’re on Clan business,” Noah said hastily.
“To the infirmary? I don’t see any injuries.” He fisted up his hands, making the muscles along his arms bulge. “Though that could change.”
Maybe not tall, but thickly muscled, I amended, which put him at probably twice my weight. If I wasn’t hamstrung with keeping my secret, I might have been able to take him anyway. As it was…
“Degotoga, please let us pass,” the kid said.
“And if I don’t want to?”
I took exception to the clear threat in his voice and the quiver of fear underlying the kid’s. I mean, seriously, nobody likes a bully. “Noah, go see if you can find us something to eat.”
“Deg,” the boy tried again. “She’s just a human.”
“Go, Noah,” I warned. As he reluctantly shuffled off a few yards, I let my expression relax into neutral lines and focused my full attention on the angry Were in front of me. “How about you get back to your friends now?”
“How about we use you to practice our punches?” His hot smelly breath fanned across my face and I grimaced.
“Or we could move along peaceably and pretend this never happened.” Who said I couldn’t be civilized around minors?
He growled low in his throat and did his best to intimidate me with his glowing Were stare. Yeah, like that had never been tried on me before. I felt him tense, preparing to either slug me or push me, which I really wasn’t in the mood to deal with.
When he shifted his weight, I stepped back, ducking as his palm came up, and then darting to the side. Instead of sending me flying, he hit air, the momentum of the intended strike carrying him forward a few steps. As he staggered to regain his balance, I swept my foot under his leg. He went down like a sack of rocks.

Why do you write Urban Fantasy?


Fun, fun and more fun! I love how this genre can incorporate mystery, romance, action and deep emotion all seamlessly flowing within worlds that are fascinating to explore. Best job I ever had. J


By reading. I loved how novels transported me to other places where I could live other lives. I wanted to do that for people too.


I do. But it has to be music without words or it does something weird in my brain that shuts down the flow of my writing. When I write, I mostly listen to jazz, swing and other kinds of relaxing music.


As soon as I understood what that meant, I did. So, somewhere around middle school it started to occur to me, then in high school I knew that’s what I wanted. Then I got sidetracked for a while and eventually found my way back.


My sister-in-law has read every thing I’ve ever written, bless her. Now she’s officially one of my beta readers.

What did you read as a kid?
The Hobbit, tons of romance authors, C.S. Lewis – I was all over the place. I also loved the Wizard of Oz books and A Wrinkle in Time. Anything that took me on an adventure to places beyond our normal world was for me.

Can you tell me some of your favorite authors? How about books?
I love all the Harry Dresden books by Jim Butcher and always look forward to the summer months when another book will come out. Same thing for Ilona Andrews. But I also enjoy Deb Marlow’s books, as well as Sabrina Jefferies and Ava Stone, all historical romance authors. Still going for stories that will takes me into another world!

What are you currently working on?
I’m currently working on Secret Magic, a novella about Addison and Cooper's first case. Like all the Shifty Magic series books, it found a way to start off with a bang and keep on going. I’m having a lot of fun writing it and should have it out sometime this fall.

Tea or coffee?
Tea without question. I have so many kinds of tea I should be ashamed. Except I’m not. I have iced ginger peach tea in a giant insulated cup next to me right now.

Do you prefer the sea side or the mountains?


I’ll say sea side, although I really enjoy both. But for relaxing, you can’t beat watching and listening to the ocean.


Salty. I have a weakness for French fries.


Probably 90% of the books I read are eBooks. I love the convenience of having tons of books at my fingertips and never farther away than my purse or pocket.


Ooo, tough one. A fifty-fifty split. I guess movies. Both old and new.

Judy Teel was born in Virginia and moved to North Carolina just before middle school. She's a fiction author and novelist writing in the dystopian urban fantasy genre. Her stories deliver mystery with some thriller elements, a kick-butt heroine with a large dash of snark in her, a bit more than a touch of romance with a guy that makes readers' hearts beat a little faster, and a wild ride full of action and emotion from start to finish.

Shifty Magic is permanently free on all platforms and Undercover Magic is free as a thank you gift for anyone who signs up on my readers list:  http://judyteel.com/my-free-book/

Judy will be awarding $20 Amazon or B/N GC to a randomly drawn winner via rafflecopter during the tour.

a Rafflecopter giveaway
at November 10, 2015