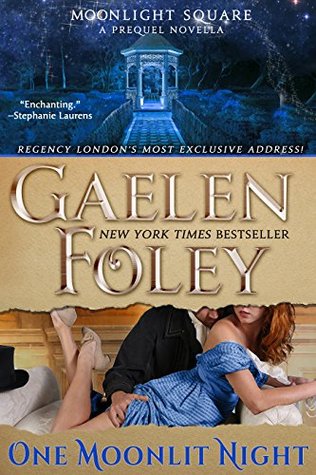 At the ripe old age of two-and-twenty, Lady Katrina Glendon just can’t seem to snare a husband. Whether her frank tongue or slightly eccentric ways bear the blame, she faces a houseful of younger sisters clamoring for her, the eldest, to marry and move aside before they all end up as spinsters. When her latest suitor defects and proposes to another girl, Trinny throws up her hands in despair of ever finding a fiancé. But sometimes destiny waits just around the corner…and love lives right across the square!

Gable Winston-McCray, the charming, understated Viscount Roland saunters through life as a wealthy, sophisticated rakehell and man-about-town. Heir to an earldom, the handsome hedonist would rather dally with bored Society wives than acquire a bride of his own, much to his father’s dismay. Until, one moonlit night, fate strikes! Unsuspecting neighbors meet and become flirtatious allies. So when Gable receives his father’s ultimatum to wed or go penniless, he offers Trinny a marriage of convenience. Alas, the pretty redhead cannot possibly accept such an unfeeling proposal—even if her dear “Lord Sweet Cheeks” might be the man of her dreams…

This was a great novella! I usually don’t like them because I never have enough info about characters and plot. This was different. Ms Foley wrote a lovely story and introduction to a new series.

Katrina is almost a spinster, she isn’t married till 22 years of age. Her younger sisters are guilting her because they can’t marry till she does. She’s an unconventional lady, she always tells what she thinks and men find that off-putting, she’s also kind of a bluestocking.

Gable(I don’t like that name) is a rake who loves to have fun. He beds other men’s wives, he races, he drinks and he doesn’t want to marry. When he finds our heroine alone and crying in their neighborhood park, he manages to convince her to tell him her woos. He then proceeds to give her amazing advice. Katrina listens to him, unfortunately for him(I won’t tell you why because that spoils everything).

I had great fun reading this. The writing is a bit contemporary, but I didn’t mind it in this instance because it worked great. I totally recommend it.

I got an ARC from the publisher in exchange for an honest review.