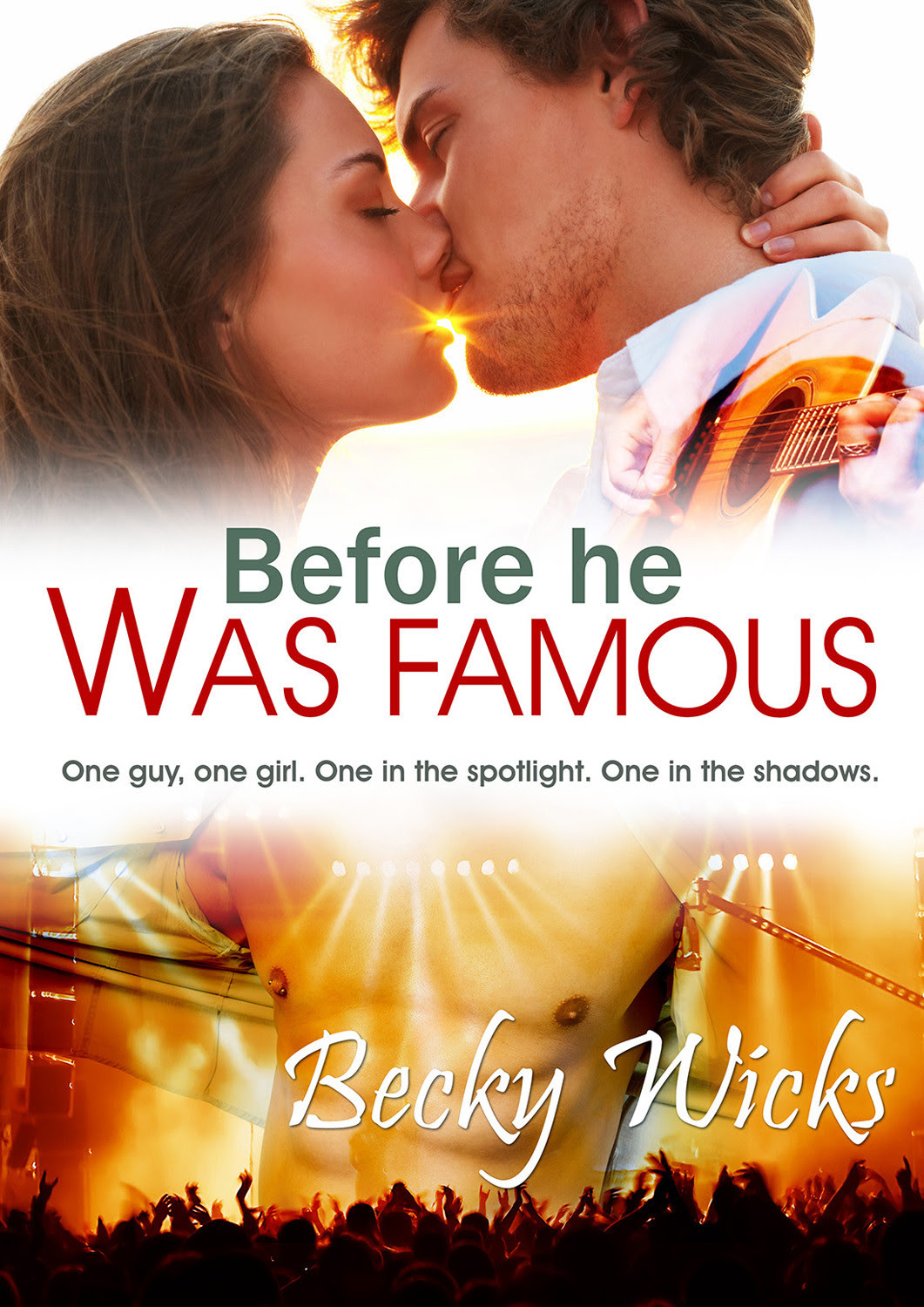 
Becky Wicks is a HarperCollins author turned indie with her new adult romance, Before He Was Famous (out now on Amazon.com). She gets asked a lot about how exactly she became a writer, so we’ve asked her to answer a few questions on the topic!

So why did you become a writer?
You know what? There really wasn’t a precise moment when I thought ‘I’m going to be a writer!’ because it’s just something I’ve always done. When I was a kid I would fill those little notebooks with stories – mostly about talking animals and magical worlds – and my school teachers would be quite surprised at how much I’d write! Sometimes I’d fill half a book with one homework assignment. I actually found some recently and put them on my blog, haha! They’re not as good as I probably thought they were at the time…

How did you get your first publishing deal?
I got pretty lucky, I think! I lived in Dubai for a couple of years as a digital editor for an online magazine and I wrote a blog while I was there about how crazy it was to live amongst such madness – it was a totally different world, watching a city being built around me. I moved to Sydney and turned those blogs into a manuscript, and I emailed an agent to ask about representation. She signed me on the spot and within a month I had a deal with HarperCollins Australia for Burqalicious. That book sold in other countries, and I did two more after that about Bali and South America! I’m kind of over moving about though – my real passion is fiction, so I’m seeing how all this goes right now in the world of self-publishing.

Do you need a mainstream publisher behind you to be successful as an author?
Absolutely not. There are some brilliant and inspirational people out there making a great job of going it alone and these days we have so many amazing tools and resources at our disposal. Self-publishing can be extremely rewarding and satisfying. I haven’t been signed by a mainstream for Before He Was Famous because I wanted to see what I could do on my own. It’s a lot of work, being your own marketer and promo-girl, but it’s so much fun and you really do learn a lot as you go along!

When it came to the world of writing, who were your childhood influences?
Oh, Enid Blyton played a huuuuuuge part in my wanting to write. I would sometimes get told off by my parents for walking down the street with my nose in one of her books – you just couldn’t drag me away! I was obsessed with The Magic Faraway Tree, The Wishing Chair and then later, Famous Five and Mallory Towers. She had such a captivating tone and even though it might seem dated today, she has a way of pulling you into her worlds so hard. She was really an amazing talent.

What advice would you give to anyone looking to write and publish a book?
Well obviously you have to have a story. It has to be rich and compelling and your protagonists should be likeable, but other than that, it should be a work from your heart. I think readers can tell what an author enjoys writing. If you don’t love your book, chances are no one else will. Set yourself some writing time every day to keep up the momentum but make sure you’re active on social media too. You’re going to want to shout about what you’re writing before you’ve finished it to keep the momentum up. When you’re done have a big glass of wine and congratulate yourself… and then start looking into marketing! For a writer, the work literally never ends.

I see the scar on his right shoulder from where he fell off Jack's homemade sled one winter and tumbled roly-poly style right into a rock. It's a thin, shiny white line. I resist the urge to touch it. He's undoing me, again, lying here beside me in a literal bed we made ages ago but have since refused to lie in. How does he do this?

'I guess she knows it, even if you don't,' he whispers.

'I do,' I say, and inside I'm screaming. We're not doing this; we're not. This is dangerous. But he climbed in next to me and now it's the strongest, aching urge to keep him here, to have him holding me again and to never let me go. The guilt surges through me, along with the fear. 'So, she broke up with you?' I manage.

'I guess so,' he replies, scanning my cuts with his eyes.

'She really liked you, Noah,'

I realize my hand is still in his hair and I retract it quickly. He grabs it, holds it against him. You're not an asshole I'm thinking, but for some reason I can't say it. It would be like admitting something else; like the fact that he's an asshole to every girl who likes him, but never to me. And then I'd have to really think about why that is and that's not something I'll ever be comfortable with at all, even though his eyes are like maps and his words are like anchors and his songs are like personal messages and I love all that.

Becky Wicks is a HarperCollins author going indie! Itchy feet has led her to live and work all over the world since leaving England at age 21, including NYC, Sydney, Bali, South America and Dubai. Right now she’s scribbling the second book in the HotFlush series in Vietnam, and will soon be in Vancouver if any hot Canadian men want to make her a cup of tea?

Becky has also written three funny travel books about her time in Dubai, Bali and South America (HarperCollins). Her first book, Burqalicious - The Dubai Diaries, her second book, Balilicious - The Bali Diaries and her third, Latinalicious -The South America Diaries are out now as ebooks.

Becky has also written a comedy romance with author Sarah Alderson under the name Lola Salt, called The Extraordinary Life of Lara Craft (not Croft) which should raise a giggle or two... think Bridget Jones if Jackie Collins had written it!